‘Avengers Age of Ultron’: The Good, The Bad and the Emotional 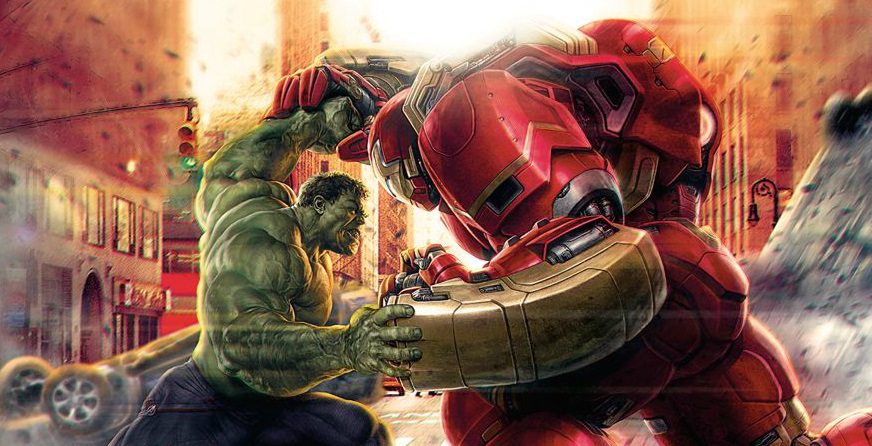 The most awaited and expensive movie of the Marvel Cinematic Universe, “Avengers Age of Ultron” opened this weekend with second highest weekend opening ever in US with $191.3 Million, first spot still held by “The Avengers” with $207.4 Million. And to be fair, “The Avengers” deserves it. Don’t get me wrong, AoU is good with furious actions sequences, emotions and humor but it still lags behind the adventure we saw in the Avengers. So where does it fall behind? We find out.

Let’s analyze the good and the bad aspects of each of these categories : The Story, The Cast & Crew and The CGI, and then we will offer our overall conclusion. So let’s begin.

i. The Ultron Part

The Avengers are now a team and S.H.I.E.L.D is no more. Well, the Avengers are avenging nonetheless. It all begins when they start looking for Loki’s Scepter and Scarlet Witch (more on her later), messes up with Tony’s fear and he sees the end of the world. Tony then decides to build an army of AI robots which can save the earth from a higher form of war. With help from Bruce Banner, he starts creating an AI system by analyzing the Loki’s lost Scepter. This is where everything goes wrong. Ultron comes to life and decides that the only way to save the world is to end the human race and he begins by hatching a plan to kill The Avengers.

Whats wrong with Ultron is that he isn’t scary at all or doesn’t seem committed to what he wants to achieve and keeps denying it. Apart from a heavy metal body, there is nothing remarkable about it. Ultron being a super intelligent AI robot, reserves itself from crashing the stock market and terrorizing through the digital medium. All his efforts are concentrated on killing the Avengers and hating Tony Stark, his organic father. Now it seems a little far-fetched that a super-intelligent AI created to fight the higher forces of universe could figure that the only way to destroy the world is to build a bomb. Seriously?  Apart from that he is trying to clone himself to become better and better, gaining the “more like human” form that he already hates.

To be honest, there are villains whom you just cannot hate, like Loki. There are rumors that Loki didn’t actually want to enslave and rule the earth he just wanted to be taken back to Asgard. Sounds convincing, right? But Loki was majestic and it literally raised hell (read: Chitauri).

This is where Ultron lacks, the fact that he doesn’t ever put our heroes in real danger. Never for once you are convinced that the world is going to end because Ultron’s intentions have never been put strongly on screen. Call it our faith in Avengers, we know that they are going to save the world but we can understand the threat equally, like Ronan wanted to end Xandar in Guardians of the Galaxy. AoU lacks this buildup and Ultron seems like a regular villain.

After formation the team members are getting to know each other better by understanding each other’s strengths and weaknesses. Though there are some conflicts between characters but as a team The Avengers are inseparable and with new additions it is just going to get better.

You read it right. AoU is sappy and mushy for reasons I don’t understand. This is a superhero movie, its not a movie where people solve their personal issues. I felt the scenes were stretched and there were times you would think when does this get over? The romance between BW and Hulk gets into sort of a mushy story which is not required. The introduction of Hawkeye’s family is another such moment in the movie. It is all entirely fair to show all the characters’ development in a silent environment but why to humanize them to such a level that they lose their image of being a superhero.

The movie jumps quickly between very fast and very slow sequences. At one time the characters are conversing and a moment later there will be chaos and suddenly the fight would end. I don’t know how many people found this irritating, but I did.

All our Avengers have played their parts well and we have come to know more about their characters as the movie progresses. Captain America, Ironman, Hulk, Thor, Black Widow and Hawkeye stand true to their characters. There are a lot of conflicts amongst them and they don’t necessarily agree with each other’s plan which is a very important milestone in setting up future Marvel movies.

We also come to know about their fears and belief systems, which strategically place future Marvel movies into the scenario like the Captain America: Civil War and Avengers: Infinity Wars.

We are introduced to new characters Quicksilver, Scarlet Witch, Falcon and finally The Vision. The Vision finally arrives onscreen as modified form of J.A.R.V.I.S., played by Paul Bettany who voiced J.A.R.V.I.S. He is an important part of the Avengers as he wields one of the six singularities described by Tivan in Guardians of The Galaxy. This gives him immense power, even the power to lift Thor’s hammer. Yes!

Scarlet Witch played by Elizabeth Olsen and Quicksilver played by Aaron Taylor-Johnson (dreams have come true for our Kick-Ass protagonist) are fairly treated with a strong background in the movie and have been decently portrayed by them.

Joss Whedon has done a fairly good job taking the Avengers story forward and setting up future movies, but in my opinion AoU becomes the stillborn child which sets up future movies perfectly but fails to impress in the present scenario. Don’t get me wrong here, the action scenes and the way they are executed are perfect but the intent behind them is sometimes not clear.

The last Avengers movie didn’t do much for me in case of CGI which feel unrealistic at times. So this time I decided to check it out in an IMAX theatre (which turned out to be half-screen IMAX than regular IMAX). Except for some shots of NY skyline, this time the CGI has improved a lot for larger 3D objects and specially Ultron except the speakers that he has for a mouth. The final sequence of the movie is very well designed and executed where our Avengers face-off with Ultron’s army. To be fair, old CGI starts to look a little made-up when we start watching newer movies with improved CGI but in the end it’s the story and acting that matters.

Overall the movie is enjoyable except for some moments which are either too stretched or leave you wanting for more. The background score is good except for the “no-strings” thing which is repeated in the movie. Some characters are neglected like Ulysses Klaw who gets only one scene, Nick Fury and Maria Hill play small roles. In the same way Hydra has not played a big role, though other characters have been justified with their stories told like the back story of Hawkeye. So its fair to say that the movie gets some parts right and some parts wrong.

The movie places the future movies perfectly and also shows an Infinity gauntlet which can wield all the six singularities of which four we have already seen in Thor: The Dark World as the Aether, Guardians of the Galaxy’s Infinity Stone, The Tesseract from Avengers and The Mind Gem now wielded by The Vision found in Loki’s scepter and the remaining two are yet to be discovered.

There is no doubt that the movie will be a blockbuster. It has already crossed over $667 Million worldwide. Now all we have to see is what Marvel has in mind with Joss Whedon out of the picture.

Hopefully the director-duo Anthony and Joe Russo will take the Avengers and avenging to another level.

Have you checked out the movie? Leave your comments below.