Is ‘Citizen Kane’ the Greatest Movie Ever Made? 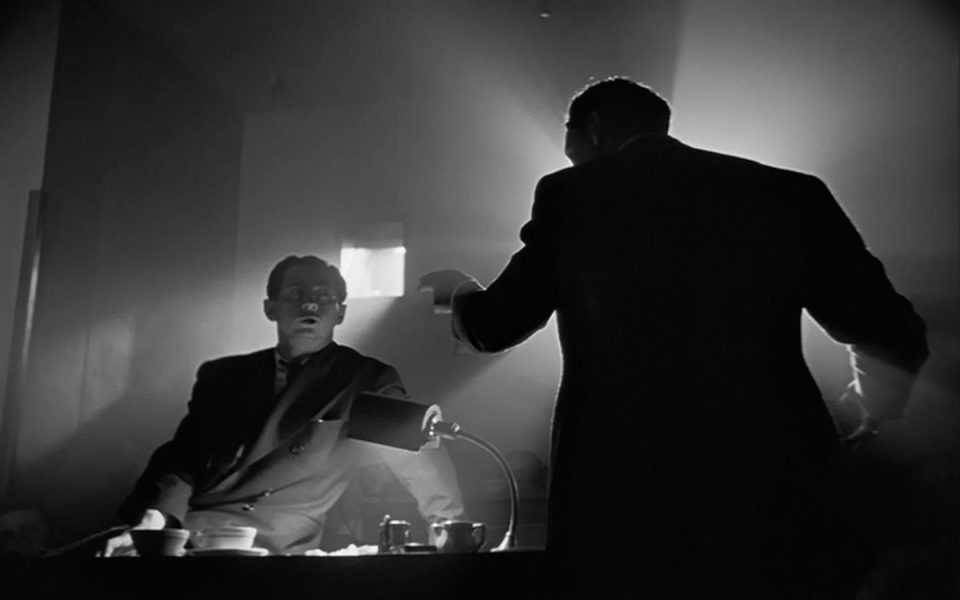 I was just about 18 when I first watched ‘Citizen Kane’. A college freshman with a newfound love for movies, I saw ‘Citizen Kane’ only due to its immense popularity amongst critics. And, to be quite honest, I couldn’t understand the movie; I couldn’t relate to it. How could I ? How could any 18-year old relate to a tragic tale of loneliness and depression of one of the most powerful and richest men in the planet. Charles Foster Kane had everything a man could aspire for, yet he wasn’t happy; he felt trapped within himself. I couldn’t relate to that sentiment, not at that point in my life. A couple of years later, with a more mature understanding of art and life in general, I revisited ‘Citizen Kane’, and surprisingly came out emotionally moved.

Written and directed by the great Orson Welles, ‘Citizen Kane’ has Welles’ himself playing the titular role of Charles Foster Kane, a megalomaniac media mogul, whose life is retraced by a journalist after his death. The movie is said to be quasi autobiographical, based on Welles’ own life and that of media tycoon William Randolph Hearst.  Featuring revolutionary technical achievements, and advanced storytelling techniques, ‘Citizen Kane’ is today considered to be the greatest American film ever made, having made it to numerous all time great lists. So, what is it about ‘Citizen Kane’? What makes it the great film that it is? Let us dig deeper. 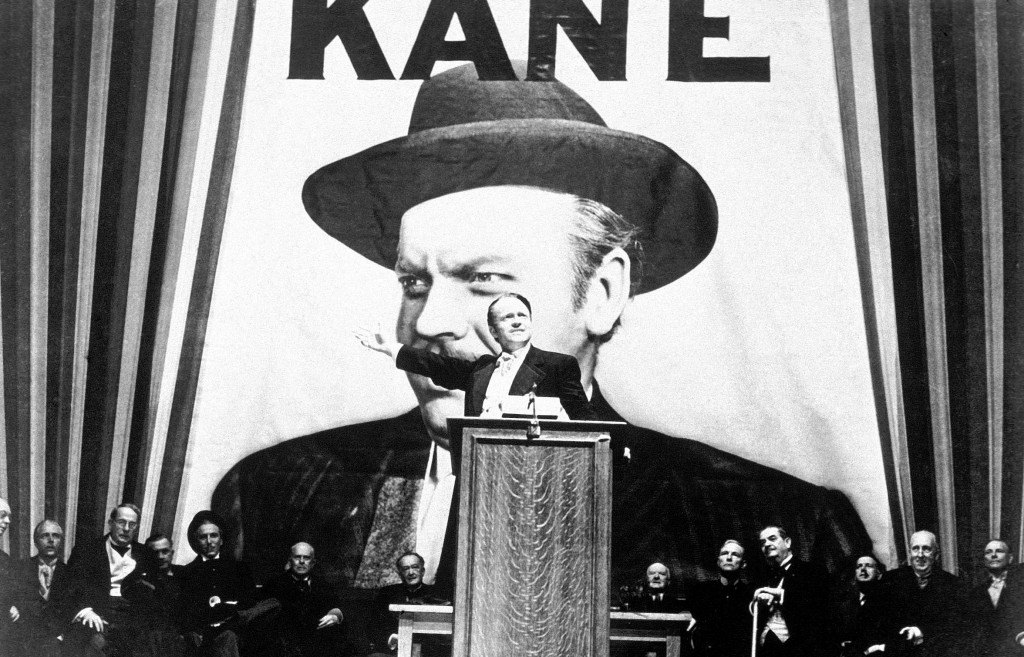 Charles Foster Kane is dead; alone and lonely in his extravagant private palace Xanadu. The last word he uttered was “rosebud”. What is rosebud? Is it a woman? Or a memory? A newsreel journalist is assigned to find out, in an attempt to have a portrayal of the man behind the name. And through his investigations and interviews of friends and family, a portrait is painted of a man from his humble beginnings as the young son of a boarder to one of the most powerful persons in the planet. Using techniques of flashback and multiple narratives, ‘Citizen Kane’ manages to tell the story of a man who had everything, but still had nothing.

Kane is a complicated man, a man whose immense achievements powers couldn’t rob him of the emptiness he felt from within. Sent away to a boarding school at a young age, the trauma of being separated from his parents had a noticeable impact on his life, leaving him with arrested emotional growth and a hatred for authority. With the money under his trust, he takes control of a series of newspapers, thereby influencing public opinion and dominating the nation’s discourse for years. But, even as his wealth and influence grew exponentially, his personal relationships continued to deteriorate with two failed marriages and bygone friendships. 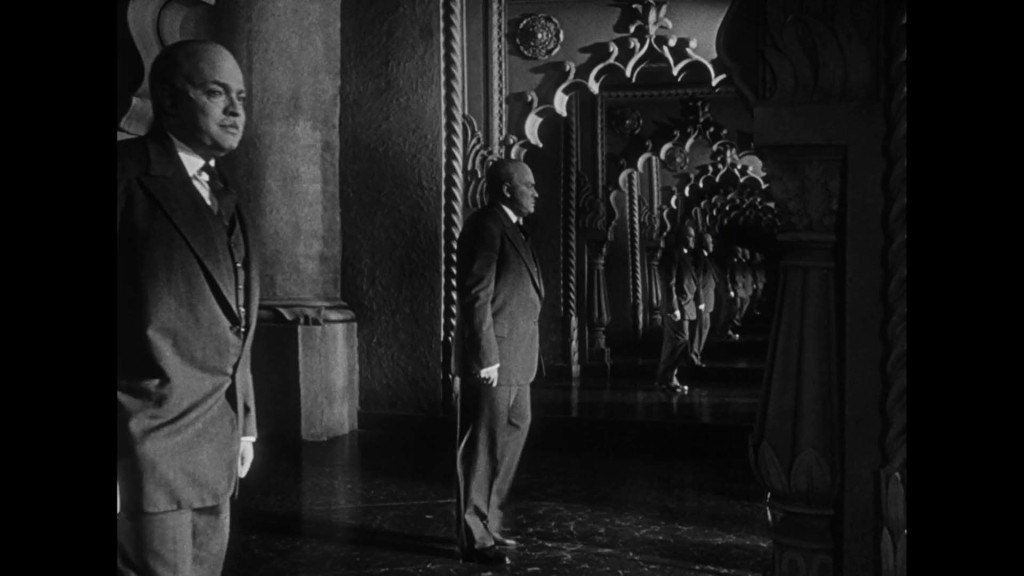 Orson Welles was himself living the American dream while making this move. In an unprecedented move, the studio (RKO Pictures) had given a 25-year-old debutante director (Welles) complete artistic control over the movie. And Welles made the most of it, employing technical and storytelling means never before attempted in Hollywood. With lingering deep focus shots and stark imagery, his visuals present the grandiose of Kane and his wealth, but it is not a beautiful portrait that he paints; it seems as if there is no life, no joy. There is an inherent realism in the screenplay, which manages to retrace the life of Kane through the perspective of those close to him; it is not accurate, it is not unbiased, but it is real.

It is no mean feat how a young Welles manages to get into the shoes of a man as complicated as Kane is. His baritone voice and towering personality encapsulated all the charm and charisma that Kane personifies, but with the emotional baggage that is bottled underneath. Kane is not a likeable man, but Welles makes us empathize with him as he struggles with his emotional discord. And while a lot can be deciphered about the kind of person he is, one is never sure. While different people paint different pictures of the man, it is quite possible that Kane is not who seems to be. Perhaps this ambiguity is what makes Kane one of the most complex characters ever portrayed on-screen.

It is probably impossible to describe a film with one word, but if there was one for ‘Citizen Kane’, it would be “Rosebud”. It doesn’t really matter what it is, because its significance is much more profound. We all have our Rosebuds, in the sense that there always a part of us, something deep inside us that is empty, an emptiness that we constantly try to fill. Every memory of happiness is interspersed with that of sorrow. As emotional beings, we often try to block out those sad moments, and fill that void with our perception of what makes us happy. Perhaps only when confronted with the idea of mortality, do we realize the futility of what we have achieved and whether it really made us happy. It is then that we regret; we reminiscence how different our lives could have been, how we would like to have made better choices and had better relationships. Rosebud is a memory of happier times, before things got awry; a time when you were filled with innocence, and hope. Rosebud is that, and so much more.

Citizen Kane’s influence on modern American cinema is enormous. The ideas that the movie explores have been resonated in many future movies, and its influences have motivated many directors. The characterizations of Daniel Plainview in ‘There Will Be Blood’ and Caden Cotard in ‘Synecdoche, New York’ are heavily borrowed from that of Charles Foster Kane. The idea of multiple narratives has since been successfully used in the Kurasowa’s masterpiece ‘Rashomon’. But if there is one work that has striking similarities to ‘Citizen Kane’, it is Scott Fitzgerald’s literary classic The Great Gatsby. Both works offer a damning critique of the conventional notions of the American Dream and idea of love and loneliness. Jay Gatsby and Charles Kane might be two different men, but their disenchantment with their lives and their attempt in filling that void makes them quite similar. In fact, Gatsby’s rosebud is the green light across his pier; both are lost fragments of their pasts that they wish to recapture.

As I said earlier, ‘Citizen Kane’ was not a movie I could relate to initially, but time and perspective always opens up new horizons. Today, I understand how Charles Kane’s life must have been, and despite all his flaws and inadequacies, I feel for him. A movie is truly great only if it manages to rise above its plot and characters, to something more universal; something that we can relate to and connect with our own lives. It is this quality that makes movies like ‘The Tree of Life’ or ‘Synecdoche, New York’ great; it is the same that makes ‘Citizen Kane’ great. I am still young; I am yet to entirely grasp the magnificence of Welles’ masterpiece — that will come with time. So today, while it may not be the greatest film I have ever seen, it is definitely up there at the top.