All 10 Christopher Nolan Movies, Ranked From Average to Best

When I watched ‘Doodlebug’, I was shocked and stunned at the same time. Just of three minutes, but it can move you and simultaneously tell you about an extremely intricate human emotion. It was 1997 when Christopher Nolan made ‘Doodlebug’. “Low budgets and heaps of rejection letters,” he recalls in many of his interviews. Then when he made ‘Following’ with friends and partners, also on low budget, we hardly knew that one day Nolan’s films would play our minds like none ever. After ‘Following’ became a sleeper hit and was praised by critics, it was the dawn of the 21st century, ‘Memento’ came and did wonders.

The first time I watched ‘Memento’, I felt like someone had taken my brain out, put in a glass, juggled it and put it back again. ‘The Prestige’ and ‘The Dark Knight’ trilogy did only brought him more praise from the critics and awe from the audience. What Stanley Kubrick did with Arthur C. Clarke in ‘2001: A Space Odyssey’, Nolan achieved a similar rare feat with ‘Interstellar’, heavily researching on talked-about science topics with Kip Thorne, and blending them into a three-hour watch. He is one of the few directors who continue to surprise us every time they come with a new film. 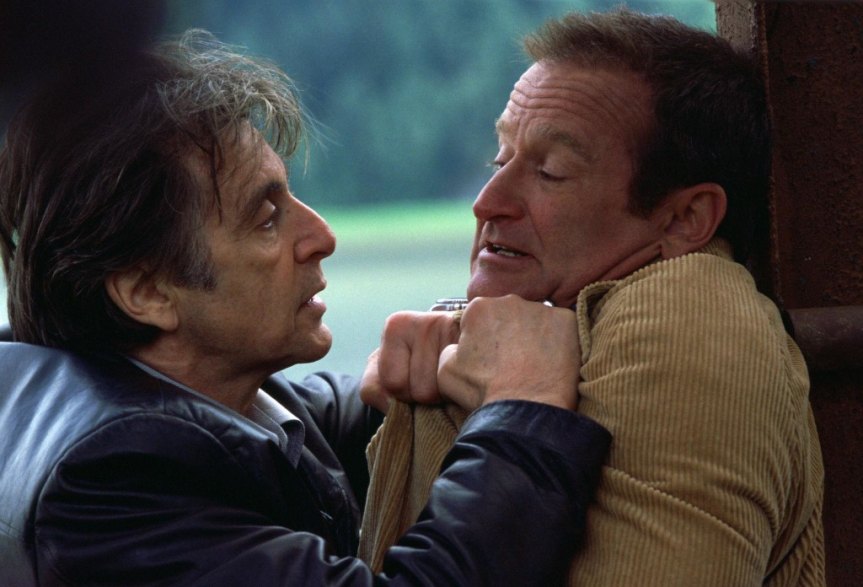 With a stunning lead cast of Al Pacino, Robin Williams and Hillary Swank, ‘Insomnia’ doesn’t disappoint; though being a remake of another Norwegian film, it doesn’t break any new grounds. The film follows Al Pacino as a disturbed police detective and Robin Williams as the primary suspect of a murder and how they collide with each other in a cat-and-mouse game and the way their lives change forever. This film had huge rooms for development in the whole running time and Nolan did just that, tweaking here and there, with some talented artists and made a piece worth to watch. Not a great film, but not bad either. 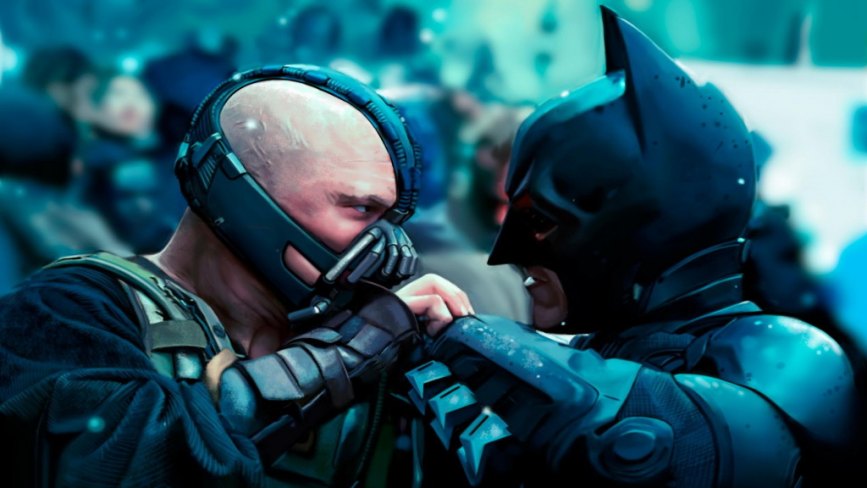 Superhero films characterize cut-throat actions and whopping dialogues, with varied use of special effects throughout. But it was Nolan in the Batman trilogy, who first made a superhero film franchise, which is remembered by all for its exceptional filmography, stellar performances and nail-biting action sequences altogether. ‘The Dark Knight Rises’ tells us about a merciless terrorist, Bane, and a cat burglar, both of whom force Batman to return from the exile of a period of eight years. But does ‘The Dark Knight Rises’ actually meet the high-standards set by its two predecessors ? In terms of action: Yes. In terms of storytelling: No. Again, ‘Rises’, in spite of being far from Nolan’s best work, is still better than most of the superhero movies made now-a-days. 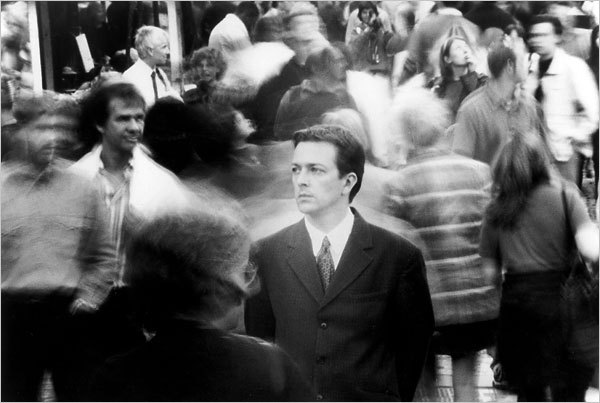 Made on an extremely tight budget by rehearsing shots more and compromising in lighting equipment, ‘Following’ is a success which can be toasted for times and times over again. The film tells us about an unemployed writer (Jeremy Theobald), who stalks strangers around London’s streets and is sucked into the underworld, in a dramatic stalking. ‘Following’ was the debut feature of Nolan and it hurled Nolan into the limelight, winning praises and accolades throughout, and gave us someone, who can entirely relied upon for awing us. It is also a film that glorifies minimalistic film-making — completely opposite of what are we seeing Nolan do from the time he became big. 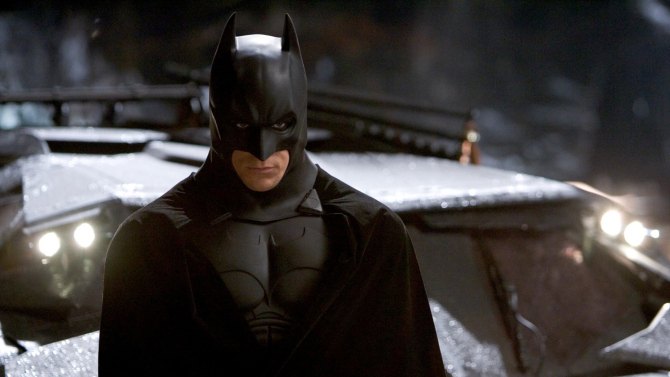 The Batman is one of the most talked-about and popular heroes in the DC Universe, making more use of gadgets and hand-to-hand combat than relying on powers and myths. When ‘Batman and Robin’ disappointed us, ardent fans of Batman like myself had nowhere to go. We talked among ourselves and could abuse no one for letting go of such a superhero, with potential to make big in Hollywood. It was 2003 when Christopher Nolan took to rebooting the franchise and we became alive again. He gave us ‘Batman Begins’ in 2005, which not only soared our hopes high but showed the whole story of Batman in a much different light about how Bruce Wayne overcame his fears, how he was trained by Ra’s Al Ghul and how the Batman was born ultimately with the help of few others to defeat Ra’s Al Ghul, who was intending to destroy Gotham. ‘Batman Begins’ still remains one of the best superhero films ever made. 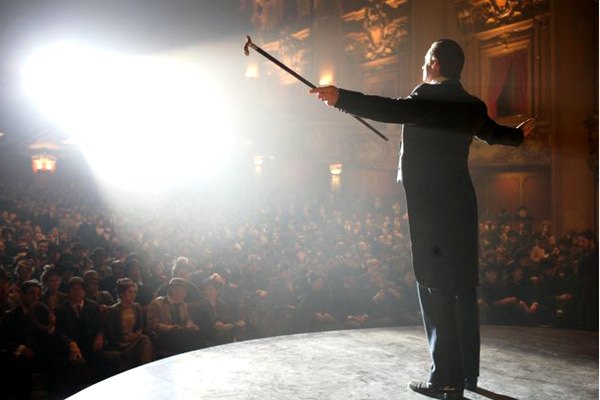 One of the most ambitious projects of Nolan, ‘The Prestige’ is a treat to watch for the whole running time. Long story short, the film tells us about a bitter feud among two ambitious magicians of the 19th century on the performance of the best stage illusion and how they compete against each other, not only to defeat but to dismantle the other. ‘The Prestige’ again follows the mind-bending Nolan prototype, where the audiences are never given an upper hold; whenever you think you are able to gauge the story-line, an unexpected twist hits and you are left to awe and think from the beginning about what happened and what may happen. ‘The Prestige’ is, perhaps, one of the best films to explore stage magic. 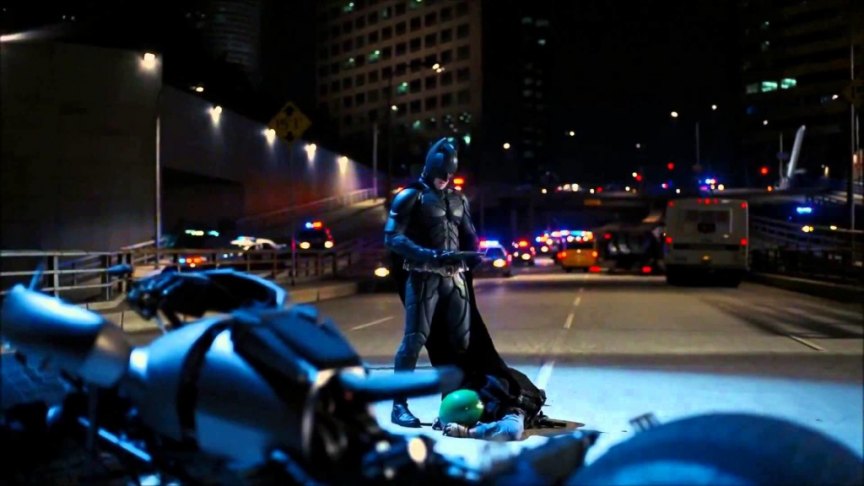 ‘The Dark Knight’ is the second film of the rebooted Batman franchise and it might be the best superhero film ever made; so good that the whole franchise was ultimately named upon this film, thus ‘The Dark Knight’ trilogy. ‘The Dark Knight’ shows a nearly crime-less Gotham, with the help of the Batman, Lt. James Gordon and DA Harvey Dent, when suddenly a fearless and sinister criminal drops in, who is set to destroy Batman both psychologically and physically and calls himself the Joker. A unique superhero film, laying more importance on the minds and thoughts of people and the villain, often dominating the hero, was made through ‘The Dark Knight’. And let’s not forget The Joker, who surely is one of the best villains of all time. 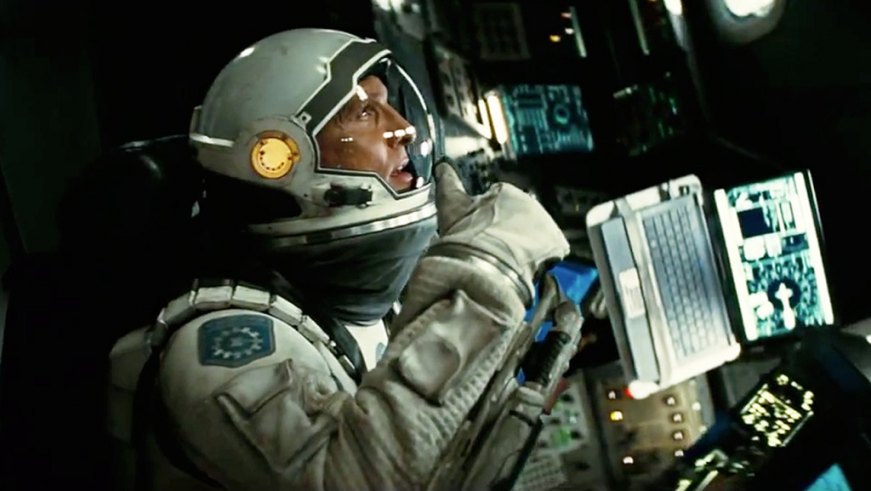 Making a non-laughable science fiction film is tough; researching and catching up on years of papers and books is not really easy. Rare feats have been achieved by Nolan before and he did this time too; and he did it so good that Discovery Channel had to air an exclusive episode on the science behind ‘Interstellar’. We had seen such a thing done in 1968 when Stanley Kubrick released ‘2001: A Space Odyssey’, collaborating with Arthur C. Clarke, to make a researched sci-fi epic. Nolan did it in 2014 with Caltech professor Kip Thorne. The film takes us through a journey of time, space and secrets into the future, when Earth is slowly being rendered inhabitable and a NASA physicist has to send a group of scientists through a wormhole to find another habitable planet. Employing relatively correct concepts and images of galactic phenomena, it will remain to be one of the best space-travel science fiction films that will be ever made. 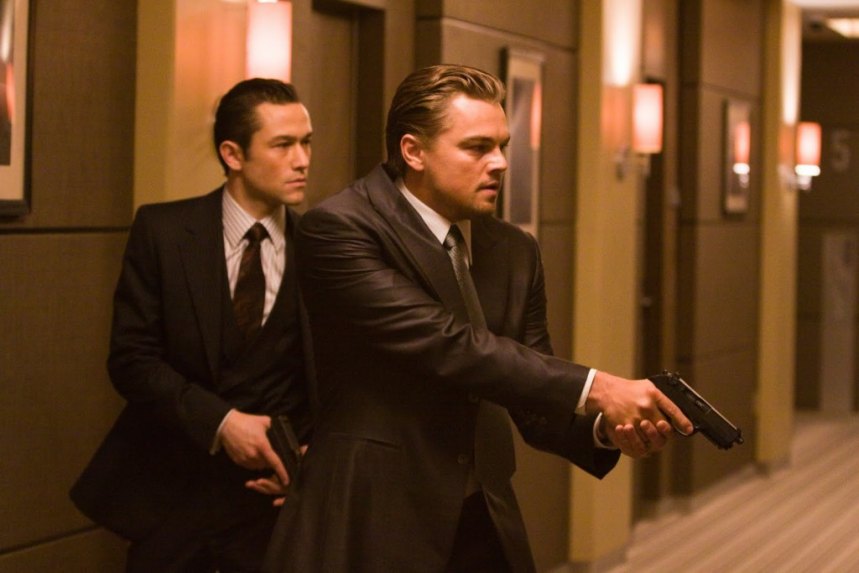 With a Mind-baffling and non-linear storyline, ‘Inception’ has every right to claim of being one of the best sci-fi movies ever made. A heist film where the crime is committed inside the mind. Wow! Leonardo DiCaprio plays Dom Cobb, who is involved in an art highly paid for in corporate espionage, that is, stealing people’s memories. Though his talent is of high value, he has lost his entire family because of this and is now given a chance at redemption by placing an idea in a person’s mind, which, though is full of risks, if done, can fetch him perfection in his line of work. The beauty of ‘Inception’ is in the fact that in spite of being a mind-boggling/head-scratching film, it still managed to fetch more than $800 million at the box office. 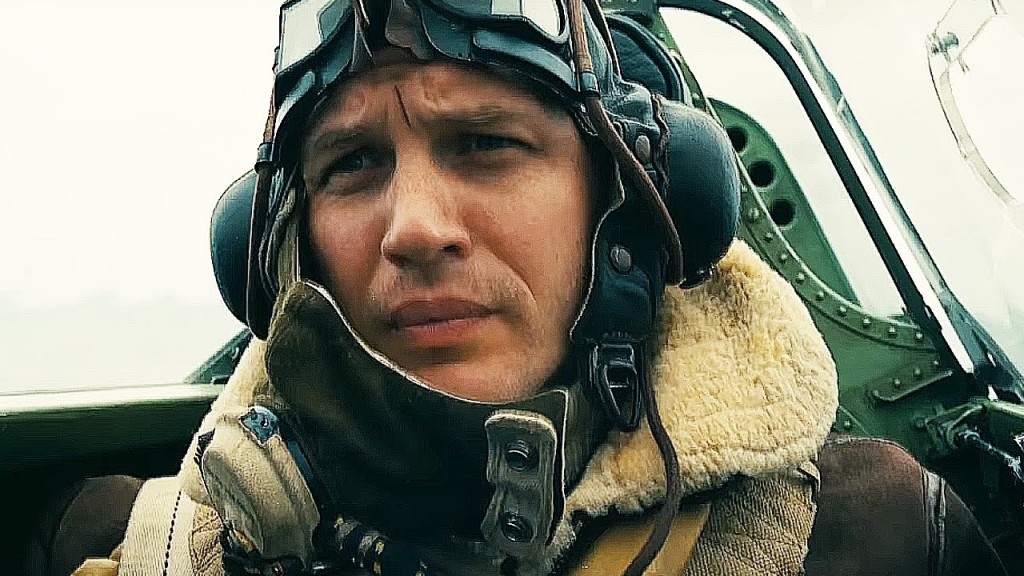 What is so creditworthy of Nolan is that he dares to break any notions of how a war film should be made. ‘Dunkirk’ has no character arc and neither does it indulge in unnecessary sentimentality — very typical with most of the war films. There is no back story to any of the characters. No love story either. It is just a brilliant rendering of an unforgettable piece of history where Nolan lets the visuals and score take over and put you right in the middle of the action. It is THE MOST IMMERSIVE war movie ever made. You will feel your pulse racing every single moment of the film. In ways more than one, ‘Dunkirk’ works more like a thriller than an action drama.

Apart from sweeping, extraordinary camera work and heart-pounding background score what also makes ‘Dunkirk’ so immersive is the way Nolan chooses to tell the story — that is in non-chronological fashion. So, while you are gripped with all that’s happening on screen, you also have to be attentive so as to follow the three simultaneously occurring stories. Typically, such an approach is reserved for science fiction movies or thrillers, but Nolan busts that notion too and effectively uses it for telling a war story. Talk about breaking new grounds! 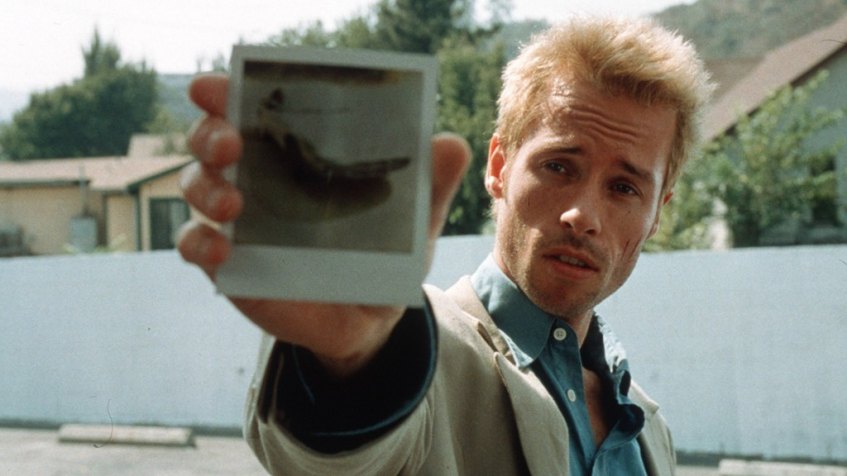 Based on a short story ‘Memento Mori’, written by Chris Nolan’s brother, Jonathan Nolan, who would go on to co-write many of Nolan’s films, ‘Memento’ tells us about a man named Leonard Shelby, who is out to find the person, who raped and murdered his wife. The problem lies in the fact that Leonard suffers from a special case of amnesia, whence he cannot remember what he did fifteen minutes ago or why he did that. You might need to watch ‘Memento’ many times, in order to correctly understand all the nuances of its story. The film is interspersed by black and white scenes, which go chronologically, and colored scenes, which go in a reverse order, both of which meet at the end, to join the loose ends. What Nolan does with ‘Memento’ is groundbreaking: he busts the conventional way to tell a story and successfully innovates his own. His genius lies in his daredevilry! He would go on to make “bigger” films after ‘Memento’ but I am not sure if he has made a better film since.