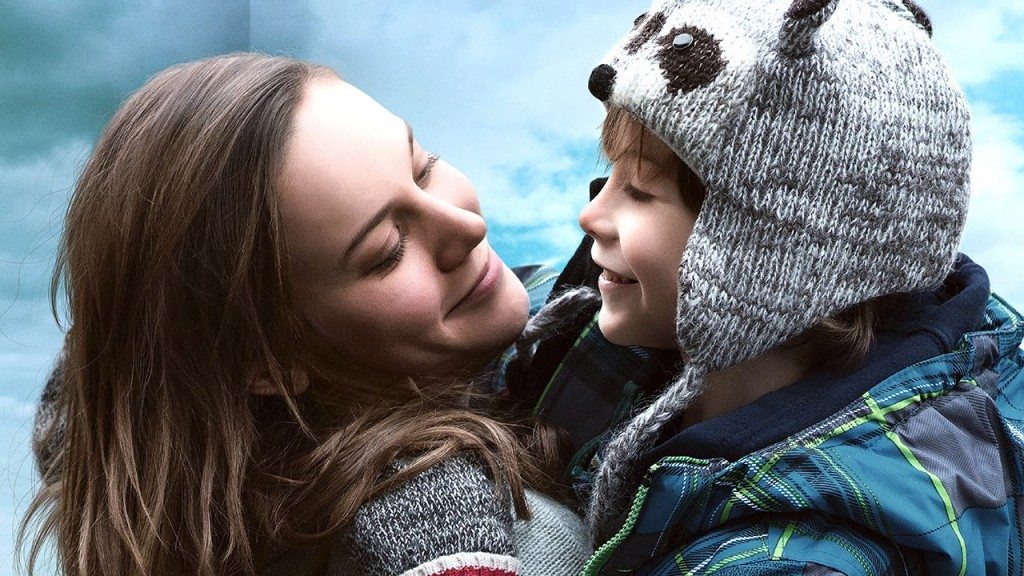 There is a moment towards end of the film, when Ma, played by Brie Larson, apologetically says to her son Jack, “I’m sorry Jack. I’ve been a bad Ma to you”. To which Jack affectionately replies, “It is okay. You’re still my Ma”. It is heartfelt moment like this (and many more) that make ‘Room’ such a beautiful tale about the strongest and the most selfless bond that there ever can be, that of between a mother and her child. ‘Room’ is also about the discovery of this world and this life through a child’s eyes, and the feelings of amazement, wonderment, surprise and fear that accompany those discoveries.

I went into ‘Room’ expecting a harrowing experience of watching a mother and her son being tortured in a tiny room by an evil man. To an extent the initial portions of the movie is harrowing to watch, but what follows after is an overwhelming tale of escape, surprise, discovery, mourning and reawakening. The moments of struggle and pain are followed by moments of joy and liberation, which are then followed by moments of truth and revelation. There are a very few films that are as cathartic to experience as ‘Room’ is. In all likelihood, you will spend a major portion of the movie wiping your tears. And those tears that you shed, will not be out of grief or pain; you will just find yourself overwhelmed with emotions — mostly, joy. The joy of watching a mother reunite with her son. The joy of watching a five-year old discover the beauties of this world. And the joy of watching a mother realize the love that kept her alive: the love for her son.

All throughout the film, I was amazed at the brilliance with which the book ‘Room’ (source of the film) must have been written. To imagine the world from inside the head of a five-year old kid who has spent his whole life in a 11-by-11 room must have been extraordinarily challenging. But, the way, Emma Donoghue, the author and screenwriter, conveys the thoughts of Jack, especially when he gets outside and sees the world for the first time, is nothing short of genius. The credit equally should be given to the director, Lenny Abrahamson, who has shot the film from the point of view of Jack — as in the book — using some well thought-out cinematography and with deft touches of tenderness. Both he and Emma surely deserve the Oscar nominations that they received.

‘Room’ couldn’t have been the film it is without Jacob Tremblay, who as Jack gives one of the most brilliant performances of the year. His wide-eyed inquisitiveness, shy mannerisms and quilted eagerness is what makes Jack such an adorable and affecting protagonist. While Jack is the eye and the heart of the film, Ma, played by Brie Larson, is everything else. Basically, she plays a human, broken and affected by terrible circumstances, who is not perfect — as none of us will be in similar circumstances. So, even though she is a loving mother, she is also at the same time an angry and frustrated victim whose freedom was taken away from her by a monster. Brie Larson conveys that love, pain, anger and frustration in what can truly be deemed as an exceptional performance. Expect her to win the Best Actress Oscar this year.

Right from the moment of birth, every day brings with itself a new learning. But for Jack, those learnings were curbed to a small room and interactions with just her mother. Now, imagine the overwhelming amount of information about the world that Jack suddenly would have himself exposed to when he gets out of the room at the age of five. Almost everything is new for him. And when you see Jack discovering the small joys of the world — like dogs are living beings too or that world has so much space — it is irresistibly overwhelming. And ‘Room’ is filled with such heart-rendering scenes. ‘Room’ is also filled with moments of affection between a mother and her uniquely-raised son. And again, such moments of tenderness are just impossibly emotional for me. ‘Room’ moved me more than anything I saw in 2015. To be honest, I don’t remember when was the last time I cried so much during a movie. My only regret after watching ‘Room’ ? That my mother isn’t into Hollywood movies. Otherwise, I would have taken her to watch ‘Room’ with me.