SAG Nominations Announced: A List Full of Shocks and Surprises 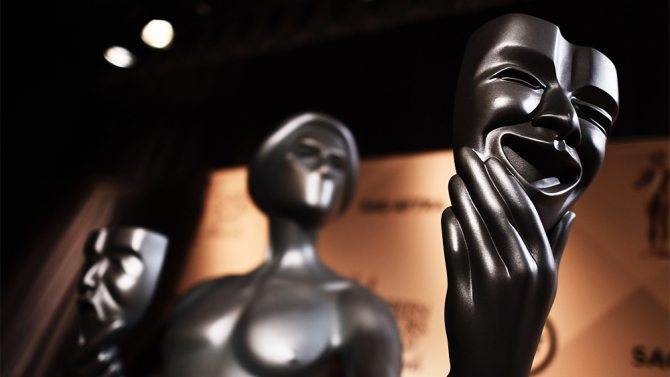 So, what were Screen Actors Guild members smoking or drinking when they voted ? In all my years of following Oscars, I haven’t been so surprised by any list of nominations ever. SAG Awards have historically been good predictors to who all get into the acting categories at the Oscars. But this year, I am not sure if it will be of much use when predicting Oscars. If you check Oscar Predictions at this site, you will notice only one among the top 8 of Best Picture predictions (‘Spotlight’) made into the ENSEMBLE nominees of SAG. Basically, the other four nominees of BEST ENSEMBLE should be considered surprises. So, what were left out then, you may ask. Well, we feel, ‘Carol’, ‘Brooklyn’, ‘Steve Jobs’, ‘Bridge of Spies’ (and even ‘The Martian’) should have made the list. Instead we have ‘Beasts of No Nation’ (deserving but unexpected), ‘Trumbo’ (unexpected and undeserving), ‘Straight Outta Compton’ (deserving but whatever), ‘The Big Short’ (mehh..).

Among individual acting categories, Matt Damon for ‘The Martian’, was widely considered a lock missed out.  Tom Hanks was ignored for Best Actor as well.  In the Best Supporting Actor category, Paul Dano was left out for ‘Love and Mercy’, as well as Sylvester Stallone for ‘Creed’, both considered shoo ins. Neither Michael Keaton nor or Mark Ruffalo were nominated for their work in ‘Spotlight’, again a huge surprise.

Jane Fonda was left off the list for Youth after being widely considered a lock for a nomination for her stunning seven minute sequence. Jennifer Jason Leigh in ‘The Hateful Ei8ht’ was ignored despite glowing reviews and much Oscar talk.

‘Trumbo’, which was all but forgotten, came away with the most nominations and therefore, makes a strong case for itself at the Oscars, especially considering the acting is the largest branch of the Academy.