‘Synecdoche, New York’: A Movie Experience Like Nothing Else You Have Seen 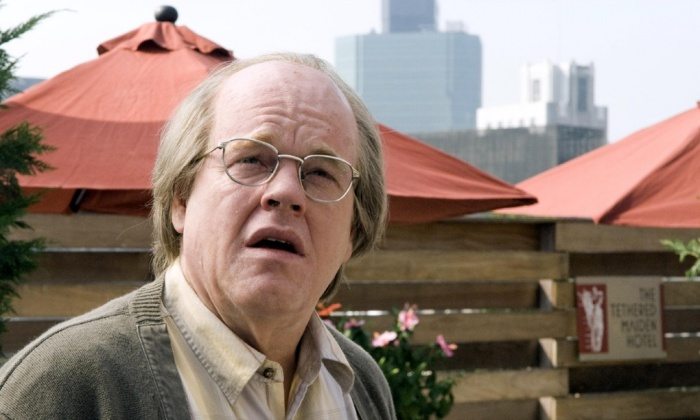 Synecdoche: Meaning where a part of something represents a whole, or vice-versa. It is a figure of speech, as well as a literary trope, somewhat related to a metaphor. Often used as personification, wherein a non living thing can be represented as having a human aspect. Similarly, a human being can be represented as something non-human. Facile, unmoving, heartless. Delusional. Cold.

Charlie Kaufman takes all of the above themes and plays with them in ‘Synecdoche, New York’, a dreamlike piece of work, and perhaps his finest since ‘Eternal Sunshine of the Spotless Mind‘.

It is a difficult movie to watch, and even stomach. It is not something which needs to be understood; movies like this need to be observed, felt and reflected upon. Intensely cerebral, often-times shocking, ‘Synecdoche, New York’ would not appeal to everyone; it is a celebration of everything an artist aspires to be, and yet it is ultimately a tragedy, showing the flip-side of artistic ambition, where the real meets the unreal, plunging the artistic mind into the dark depths of uncertainty and depression.

Philip Seymour Hoffman plays Caden Cotard, a theatre director struggling to find a balance between his artistic ambitions and real life, and also suffering from numerous ailments. His artist wife leaves him to pursue her own goals, taking their daughter with her.

He receives a McArthur Fellowship, which gives him the financial stability to further pursue his interests.

Till here, the movie unfolds like any other movie. Clever, smooth storytelling. 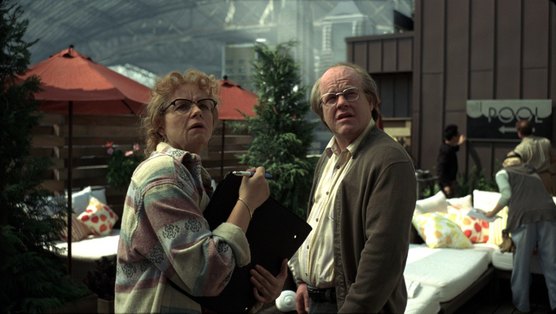 But as Caden begins to direct his magnum opus, using a huge warehouse as his playground, where he could celebrate the extraordinary inside the ordinary, with an ensemble cast of actors. Soon, as his ailment begins to grip him, the New York of outside begins to mingle with the stage he has constructed – in his mind. He receives news that his wife is successful in her endeavors in Berlin, but their daughter is growing up under some troublesome guidance – a childhood marred by overarching ambition and overdone artistic non-conformity (which is not a bad thing, just not right for someone growing up and unable to judge for themselves). Caden finds his personal crisis interfering with his work. To seek some solace he tries to be in a romantic relationship (first with Hazel, a woman who works at the box office, and then with Claire, his cast member.)

As his mind blurs the lines between dream and reality even further, he starts to bring doppelgängers as cast members, including his own. At this point it becomes quite clear that he is trying to portray aspects of his own life in his creation which sometimes is a sure-shot sign of artistic incompetency. The point hits home when his own doppelgänger reveals his love for Hazel.

Unable to continue anymore as his body stops responding, he gives directorial responsibilities to an actress in his cast and spends his time in a model of Adele’s (his wife) apartment.

Later, a disaster occurs and the warehouse lies in ruins. Amidst the ruins it is shown that Caden is resting his head on the shoulders of an old lady and talking about his play. A voice whispers in his ears “Die.”

Relentlessly absorbing, the movie is, as I said earlier, like a continuous dream. The entire movie can be termed as Caden’s dying vision – which would make sense, considering the scene at the end. He finally dies, unable to finish his magnum opus; something unfinished is pure and exudes life more than something which is finished. Unfinished is what it means to be a human being, and although Caden begins to transform into more of an automaton, at the end he is shown to be more human than anyone around him.

This piece of cinema shows two geniuses taking their craft to monumental levels – Charlie Kaufman in direction and Philip Seymour Hoffman in acting. A masterpiece in every sense of the word, ‘Synecdoche, New York’ is an experience like no other.