The Revenant’s Only Competition Left at the Oscars is ‘Room’ and Not ‘The Big Short’. Here’s Why. 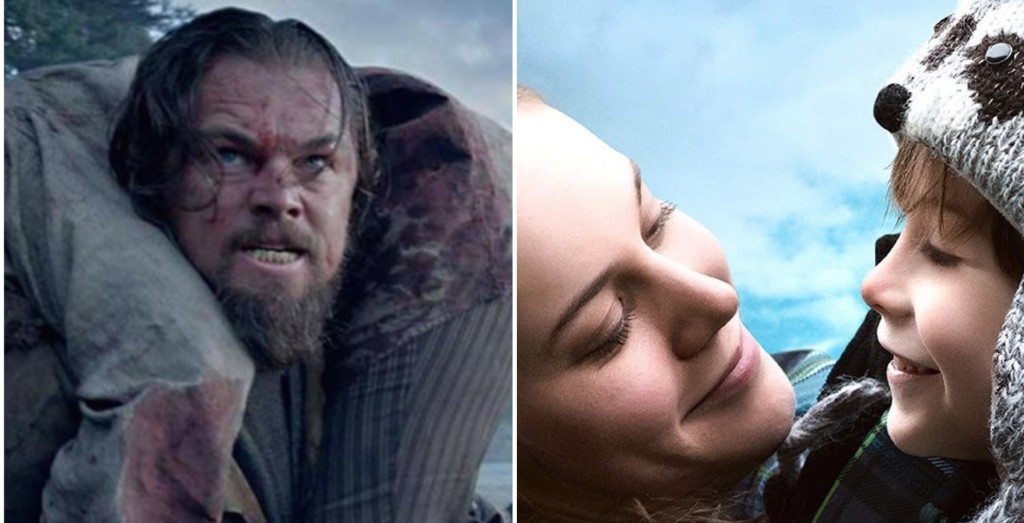 About a month back, when everyone was getting on ‘The Big Short’ train after its PGA win, we wrote about why ‘The Big Short’ can never win Best Picture. To reiterate the most important reason behind that thought: ‘The Big Short’ is just too dense and difficult to understand. It is movie that’s soaked in financial jargons — even though Adam McKay, the director, has tried his best to make it simple using funny techniques — and would bounce right off most of the heads of Academy members.

Many argue, “Oh well, then how did it win PGA award for Best Film ?”. The reason is pretty simple. If there is one group who have the best understanding of money and finance, it is the producers. They got the movie and its message. Probably, by rewarding ‘The Big Short’ they wanted to feel good about themselves — just like actors like to vote for an acting heavy movie. Also, they didn’t want to give the award to ‘The Revenant’ since they had already rewarded Inarritu last year for ‘Birdman’.

Anyway, ‘The Big Short’, in my humble opinion, doesn’t stand a chance to win Best Picture. There are only around 5% producers in the Academy, and the rest 95% (not all, but most) are going to have a hard time understanding it.

That brings us to another presumptive favorite to win Best Picture: ‘Spotlight’. It won the SAG ensemble award and was considered the frontrunner for the longest time. First ‘The Big Short’ made a dent to its chances and then, ‘The Revenant’ completely derailed its campaign. I would give ‘Spotlight’ a better chance to win than ‘The Big Short’ only because it is an easier movie to like. It is a film that’s efficiently made and leaves you satisfied. But does it have enough support base to carry it over the finish line ? I don’t think so. I feel it will receive a lot of support from the acting branch, but the rest of the Academy may not feel as enthusiastic about it — a problem that ‘The Big Short’ also has. Both movies lack support from the below the line categories that contribute around 50% of votes. And contrarily, ‘The Revenant’ enjoys a lot of support from technical branches. One of the reasons why ‘Boyhood’ lost to ‘Birdman’ last year was because it didn’t have the support from the tech branches that ‘Birdman’ enjoyed.

So, that leaves us with only one film that, if at all, can challenge ‘The Revenant’: ‘Room’. One may argue that ‘Room’ also has similar shortcomings that ‘Spotlight’ and ‘The Big Short’ have — lack of support from tech categories. True. But here’s how the maths takes a different shape in case of ‘Room’.

As you already know the Academy follows preferential ballot (you can understand it here) to pick its Best Picture; which basically means that not just No.1 votes matter but No.2, No.3 …. votes matter too. In my opinion, ‘The Revenant’ is going to the most number of No.1 votes. But ‘Room’ should be close behind. The reason is very simple: While ‘The Revenant’ enjoys a strong male support, ‘Room’ enjoys a strong female support. Academy has 23% female voters. I won’t be surprised if most of them place ‘Room’ as their No.1 film. And when the field has eight films in competition, even 25% No.1 votes places you in a very good position. So, for e.g. if both The Revenant’ and ‘Room’ get around 25% first place votes each, the rest 50% gets distributed among six films. That means, both the films already start with a significant lead over other films.

The maths becomes a little complex after the counting of first place votes. The film with least amount of first place votes gets eliminated and its votes are reapportioned to the second place choices in the ballots. This process keeps getting repeating till the time one film gets 50%+1 votes. Going by the reactions that ‘The Revenant’ garnered in media — it has only 82% RT rating — it is clear that many are also going to dislike the film. That basically means ‘The Revenant’ will be placed at No.7 and No.8 in a lot of ballots. The question is how many ? And will it ultimately matter ?

On the other hand, ‘Room’ is definitely a film that won’t evoke negative reactions the way ‘The Revenant’ may. Therefore, it is likely to garner more No.2 and No.3 votes than ‘The Revenant’. (Of course, ‘Spotlight’ and ‘The Big Short’ actually may have the most number of second and third place votes, but that won’t much help their cause because their first place votes may not be enough.) Whether ‘Room’ can garner enough No.1 votes to remain in contention with ‘The Revenant’ in the subsequent rounds of redistribution and counting is the question. And it will ultimately boil down to what’s the gap of first place votes between ‘The Revenant’ and ‘Room’. If it’s huge. No question, ‘The Revenant’ wins. If it’s minor, ‘Room’ may be able to close the gap in the subsequent rounds.

Overall, I feel ‘The Revenant’ is likely to win Best Picture because of its large support base across all branches — which will result in a lot of No.1 votes — but if you want to bet on a surprise, ‘Room’ is your film.