The Story of Boyhood’s Oscar Loss to Birdman: So Close, Yet So Far 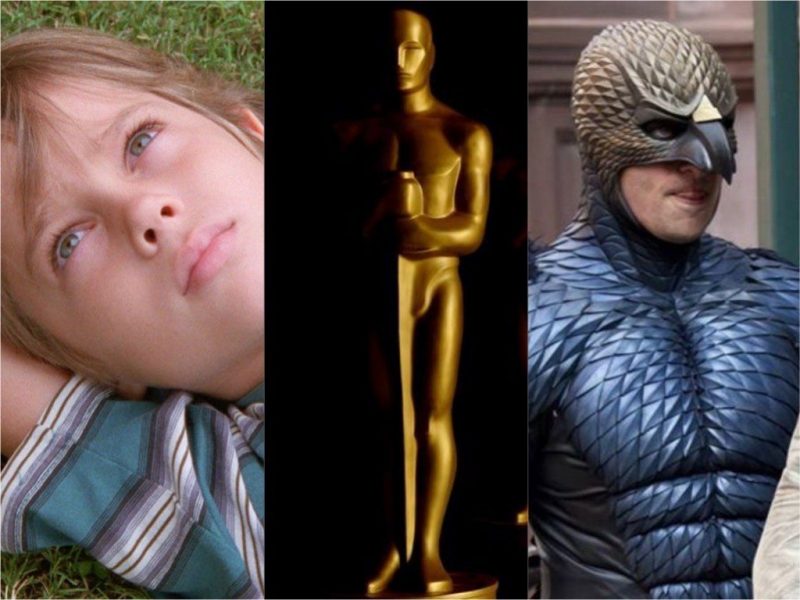 January, 2014. It is announced that Richard Linklater’s 12-years-in-the-making project called ‘Boyhood’ is going to premiere at Sundance Film Festival. Obviously, indie-film lovers and Linklater’s fans (like me) get excited by the news, though, no one knows how this experimental sounding project has shaped up. In January 2013, Linklater had come to Sundance with ‘Before Midnight’, the third in his Before series of films. It received an outstanding response from critics and the attendees at the film festival. But remember, ‘Before Midnight’ had precedent in forms of two other Before films, so people at least knew what to expect. With ‘Boyhood’, no one had any idea what and how much to expect.

Linklater, a champion for indie films for last 25 years, lives in Austin, Texas and avoids Hollywood as much as he can. He has never directed a studio film, and mostly works on his own terms and conditions, never ever compromising on the quality of his work and the films that he wants to make. So, before ‘Boyhood’ premiered, everyone expected it to be another Linklater film — soaked in reality of life and indie in its feel. And it turned out to be exactly that: A film about real people with real flaws and real feelings. What was different this time, though was the epic-ness of ‘Boyhood’. Linklater had never made a film longer than 2 hours. ‘Boyhood’ is 2 hours 41 minutes. But more than that, the fact that it was shot for 12 years, made the film even more epic, both in its scope and achievement. Critics went nuts over the film. Festival goers claimed they had seen something unprecedented. Slowly, more people saw and confirmed what people at Sundance had said: ‘Boyhood’ is epic and marvellous.

July, 2014. ‘Boyhood’ releases. It has garnered a metacritic rating of 100 (the only film with more than 40 reviews to achieve that feat) and a Rotten Tomatoes rating of 99% — again, a rarest of rare feat. Critics start calling the film “a masterpiece”. Soon enough, whispers start in the movie-critics circle that ‘Boyhood’ could become an Oscar contender. But it’s clammed down by others as a completely wishful thinking. After all, how can an indie film directed by Richard Linklater and distributed by a IFC become Oscar contender. It had never happened before: No film directed by Linklater or distributed by IFC had ever got nominated for Best Picture.

September, 2014. Telluride Film Festival. ‘Birdman’ premieres. Critics swoon over the film and its continuous one-take cinematography and its incredible actors. But what about the Oscars ? Some asked. The seemingly general consensus was “the film will get nominated but it is too weird for the Academy to win”.

December, 2014. Critics group start handing out their annual prizes. ‘Boyhood’ sweeps the awards winning Best Film at almost every critics circle awards including NYFCC and LAFCA — two most important critics group. What started as a wishful thinking, now suddenly is looking like a reality. ‘Boyhood’ is anointed the frontrunner status in the Oscar race. No film appears even close to displacing it from the frontrunner position. ‘Birdman’ does well with some critics group, but most Oscar prognosticators agree that it is not a serious threat to ‘Boyhood’.

January 2015. Towards the end of January, industry Guilds start handing out their prizes. First is PGA. Winner: ‘Birdman’. Second is SAG. Winner: ‘Birdman’. Third is DGA. Winner: ‘Birdman’. Suddenly, the ‘Boyhood’ bubble bursts. Oscar experts are found hiding their faces. How can this happen ? How can we be this wrong ? While, ‘Birdman’ lovers are chuckling and pretending as if “they always knew”.  The momentum shifts. ‘Boyhood’, which once was looking a clear favorite to win the Oscar, finds itself abandoned by the movie industry. ‘Birdman’, a film about movie industry, continues its march towards the final glory. On its way, it collects some more Guild awards: Constume Design, Production Design, Sound …

12 Years is a long time. During those 12 years of its making and past 1 year of glory and heartbreak, ‘Boyhood’ has lived a life of its own. From here on it will be free to live a life without any pressures or expectations. And one day, it will achieve the greatness, like several other films before it, beyond what a piece of golden statuette can promise or guarantee.

In retrospect, the signals were more than clear. But, many like me, hung by the slimmest of hopes that somehow, by some magic, ‘Boyhood’ can win. But, why did ‘Boyhood’ lose after being frontrunner for virtually most of the year ? Well, some of the answer lies in the question itself; in the word “frontrunner”.

Boyhood’s loss to ‘Birdman’ can be attributed to human behavior as much as collective behavior of Hollywood. Humans have tendency to resist universalities and certainties. Most intelligent and creative people, like the people working in movie industry, don’t want to be dictated by what is fed to them. So when critics anointed ‘Boyhood’ to be the frontrunner, it would have made many in the Academy resist the idea of being dictated by what critics are saying. They wanted to appear different. They wanted to have a stamp of authority. Also, the word “frontrunner” brings with itself a certain heightened expectations. With a “frontrunner” tagged attached and with a very high expectation set, it was just too heavy a load for ‘Boyhood’ to carry till the finish line. In the end, it crumbled.

Going back to the second part of my reasoning: ‘Boyhood’ loss to ‘Birdman’ was also because of how Hollywood, collectively, likes to think about itself, and ‘Birdman’, being a film about show-business, perfectly epitomized that. That’s also why it is the third time in last 4 years that Academy awarded a movie about movies (Argo, The Artist being the two such previous winners in last 4 years).

Or was it just a mirage all along. At the end of the day, ‘Boyhood’ is a little indie film that was thrust into the Oscar race even when it was hardly meant to be anywhere close to the Oscars. The truth is Richard Linklater started making ‘Boyhood’ because the subject matter and process of filming interested him. That it got catapulted into the realms of Oscars, in spite of being an “un-Oscary” movie, speaks volumes of the film itself.

12 Years is a long time. During those 12 years of its making and past 1 year of glory and heartbreak, ‘Boyhood’ has lived a life of its own. From here on it will be free to live a life without any pressures or expectations. And one day, it will achieve the greatness, like several other films before it, beyond what a piece of golden statuette can promise or guarantee.