TIFF Review: ‘Sicario’ is the Best Movie About Drug Trade Since ‘No Country For Old Men’ 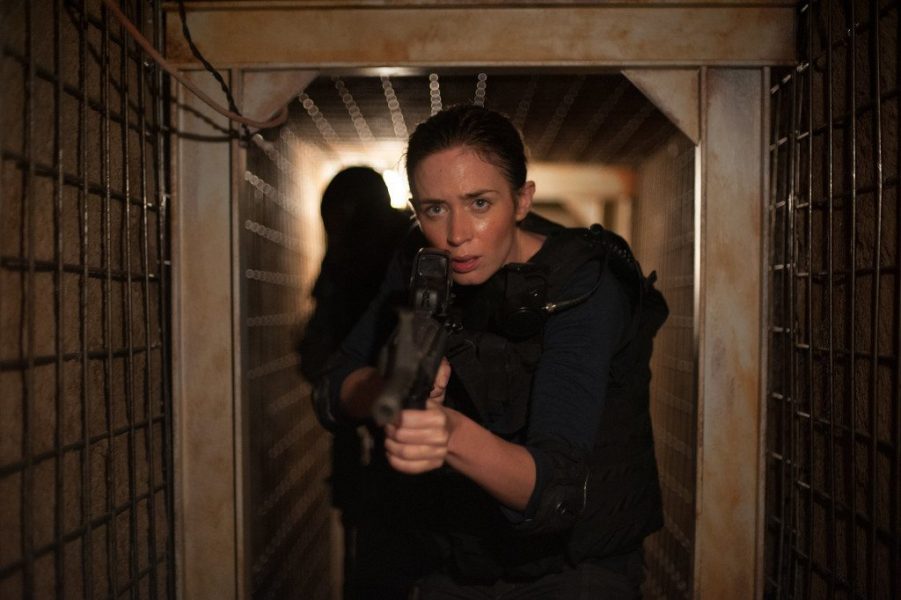 ‘Sicario’ is a dark, edgy film about the government’s war against drugs and the cartels in Mexico waging war against them. Though it will draw comparisons to Steven Soderbergh’s Traffic (2000), it is a very different film: atmospheric, grittier, even darker, certainly more mainstream and accessible to audiences though in no way superior.

Emily Blunt broke through with The Devil Wears Prada (2006) and then was remarkable in The Young Victoria (2010), and has been pegged as one of the more exciting and interesting young actresses working. Her work last year opposite Tom Cruise in Edge of Tomorrow (2014) was galvanizing, she portrayed an ass-kicking soldier to utter perfection, blowing away the image we previously had of her. She does the finest work of her career in ‘Sicario’, a thriller in which she portrays a young FBI agent, promoted to work with a DEA agent in Mexico closing in on a cartel.

Promoted by her boss to head to Mexico and work with a shadowing and mysterious consultant portrayed by the gifted Benicio Del Toro to get close to the cartel, she finds the world both exciting and terrifying. Human life means nothing to the cartel, it is all about money and how much they can make and how fast. Del Toro’s character is closer to the cartels than he lets on, and as the film moves on, we come to see exactly what he is and who he is, and he is one dangerous man.

Blunt is superb in the film, surrounded by a strong cast, Josh Brolin included, that is her equal in every way. She is a woman in a man’s world, one who has to be more than she is, but rose to the occasion in every way. Fearless, she handles herself well, but is always aware death could be around any corner, and she must choose who she can trust and that might mean trusting no one except herself. Josh Brolin does solid, if unremarkable, work as her new partner and Del Toro is also extremely good as the mysterious and frightening Mexican agent, who might be in deeper with the drug lords than he lets on.

French Canadian Denis Villneuve, keeps the film moving at a furious pace yet never sacrifices character, the hallmark of a great director, allowing the actors to create three dimensional characters who inhabit the characters in every way. In the end, ‘Sicario’ might very well be the best movie about drug trade since ‘No Country For Old Men’.