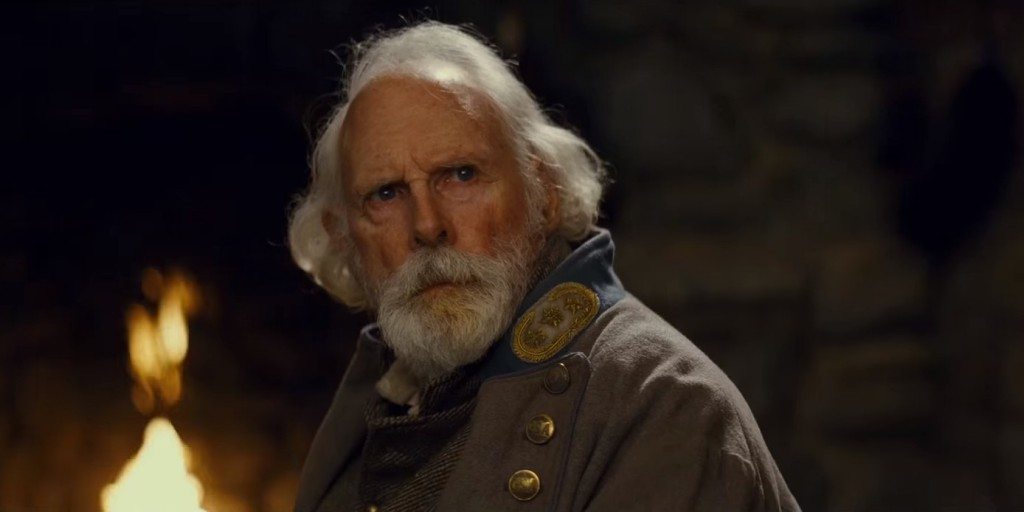 What are the best Bruce Dern movies? Before I list down his best films, let’s briefly look at his career.

In the seventies, Bruce Dern was among the very best and most popular actors in Hollywood, admired by actors and directors alike. Audiences came to respect his work and admire him. He’s good friends with Jack Nicholson–they were blessed with equal talent–but Nicholson’s career took off, while Dern struggled. It was said he often played crazies better than anyone, which might have seen to his being typecast, but if you go through his filmography, he portrayed far more than just crazy men.

He unsettled audiences, made them nervous, kept them off-balance because when he was onscreen anything could happen. Dern was electrifying because he was so unpredictable and his intensity was often alarming.

He has emerged again by virtue of his performance in Nebraska (2013), which earned him an Oscar nomination for Best Actor and won him the Los Angeles Film Critics Award for Best Actor, along with his best reviews in years. My hope is today’s young film junkies will seek out his early work and marvel at some of his work in the seventies when he was among the kings of the screen. As a new breed of actor and film took over, Dern was among the best of the best, yet by the early eighties, he was having a hard time finding work in American film. Here is the list of top Bruce Dern films. You can watch some of these Bruce Dern movies on Netflix or Amazon Prime.

1. BLACK SUNDAY (1977): Dern is chilling and heartbreaking as Viet Nam turned terrorist Michael J. Lander, who has been seduced by the Black September movement to pilot the Goodyear blimp into the Super Bowl where he will detonate a bomb and kill seventy thousand people. Never better, Dern radiates genuine danger in the film, yet his breakdown when he explains what happened to him after the war will tear your soul apart. He should have won the Academy for Best Actor for this but was not even nominated.

2. COMING HOME (1978): Viet Nam again but this time he’s at front and center as a hawkish Marine who cannot wait to get there to fight and once there finds he does not understand why he is there, or the methods of his men (chopping off heads). He is haunting as a man betrayed by his country, his war and his wife, returning to a place he no longer recognizes. That last swim into the sea is among the most eerie moments in film history. Nominated for supporting actor, he deserved to win.

3. NEBRASKA (2013): The comeback role sees Dern as a tough old bird who embarks on a road trip when he thinks he has won a lottery jackpot. An estranged son drives him and along the way their bond is forged again as the son sees what his father has lived through and with. Dern is superb, cranky, sad and most of all lonely as his life has slipped by with nothing great happening.

4. THE GREAT GATSBY (1974): Though the film is hugely flawed, Dern is the best thing in the movie, projecting the danger Robert Redford should have as Gatsby, with Dern as Tom Buchanan husband to Daisy. Obscenely wealthy, Tom uses money to get his way in every matter that comes into his life. Bombastic, arrogant, angry and tough as nails, he is at the end a coward hiding behind his money.

5. SMILE (1975): As Big Bob, the host of a beauty pageant, Dern gives his broadest and funniest performance in this under appreciated film by Michael Ritchie. Dern uses his size and voice as he never had before in creating Big Bob, to make the character larger than life and unlike he had ever done. Too bad more people did not see the film.

6. THE KING OF MARVIN GARDENS (1972): Jack Nicholson and Dern portray brothers, Dern the more criminal of the two, hatching a scheme in which he needs his brother, an introvert portrayed by Jack Nicholson. The two actors switched roles for the film, believing it would bring greater challenge to each. Dern dominates the film with a broad, powerful performance but you will not be able to take your eyes off Nicholson.

7. SILENT RUNNING (1971): Cult classic, driven by Dern’s performance as an astronaut in space tending the gardens of the ship with the help of robots he has built. Onscreen almost entirely by himself, Dern is fantastic as a man who prefers robots and plants to people because they do not hurt anyone.

8. MIDDLE AGE CRAZY (1980): A sad Canadian comedy sees Dern as a man about to hit a middle age life crisis which his wife anticipates and does her best to deal wife. Dern gives a commanding, moving performance as an average guy struggling with middle age and all that comes with it. It was the beginning of an era in which he disappeared from movies, heading to Canada to make a few before fading from view.

9. MONSTER (2003): As the owner of a storage shed park, the only real friend of serial killer Aileen Wuornos, Dern is gentle and kind, compassionate and decent; possibly the only such character in the film. He is the only man who truly wants nothing from her and the only man to turn down sex from the killer. Despite the brilliance of Theron, Dern is remarkable and steals each and every scene he is a part of.

10. THE COWBOYS (1972): Having the courage to portray a man who will kill John Wayne halfway through the film is one thing, doing it with such glee is quite another. He must have known he would be hated for his actions in the film, but he did it anyway, bullying the boys herding the cattle and eventually killing Wayne in front of the boys who love him. Almost alarming in its intensity, the performance would define Dern for a time.

10. THE HATEFUL EIGHT (2015): Though he sits through the entire performance, so much of his time is spent listening and watching–he is present, and suggests a danger just by being there. The look on his face when Samuel L. Jackson spins his tale about murdering allows Dern to react and the simmering horror he conveys is stunning.