Science fiction is defined as “something based on imagined future scientific or technological advances and major social or…………. bleh bleh”. Frankly speaking science fiction is not a genre that can be explained in a couple of lines by mentioning its characteristics. It works like noir, it’s a platform that you build a specific genre on. You could present drama (‘Her’), horror (‘The Thing’), comedy (‘The World’s End’) or a mystery (‘Blade Runner’) by incorporating sci-fi elements. Science fiction is not equivalent to science when we talk about cinema, it is mostly utilized to create a fantasized world, the sole intent being to transport you into a different reality, where what the creator portrays, exists. Being a very risky business because of the massive budgets involved, many directors create short films that only concentrate on the premise and on displaying a new world.

Depending on the reactions, the feature length movie is then developed. Others however only make short films, because this stream opens a wide gate for creativity, something which only blossoms by the touch of its creator, and that is unfortunately discouraged by production houses for feature length material. I always make sure to catch up on short films when I’m free and this is a list I’ve compiled consisting of the movies that I loved. They may not necessarily be the best, but they do make for an interesting watch and contain some great pointers for aspiring artists. So, here is the list of some really good short films on Netflix.

‘Code 8’ was produced in 2016 by Stephen Amell (Arrow) and Robbie Amell, directed by Jeff Chan who also made ‘Operation Kingfish’, the prequel short to Call of Duty : Modern Warfare 2. The Amell brothers and Chan made this short film as a teaser for a full length feature that they had planned, and intended on using this video to get their project crowdfunded. The decision to go down the indie route was to exercise complete creative control on their film, as production houses’ meddling with films has been on a steep rise. The reason why I liked it was because it doesn’t go full on with its cyberpunk elements, it rests somewhere between our world and the one in ‘Blade Runner’, similar to Carpenter’s ‘Escape from New York’. The movie also has a similar concept as ‘X-Men’ with a minority of mutated humans facing the brunt of the exclusively oppressive government. 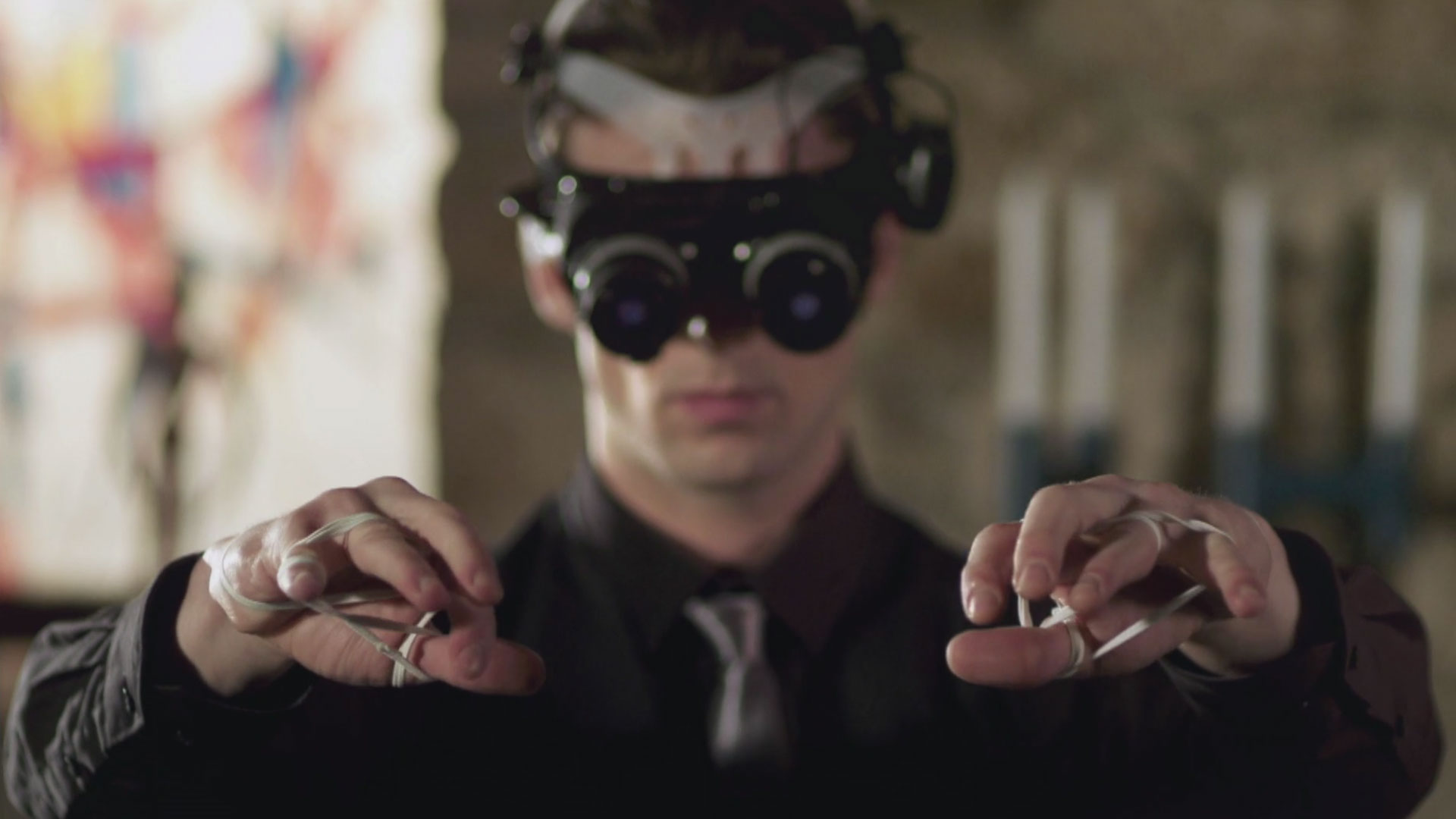 People familiar with the character of Pinocchio must be aware of Jiminy Cricket, and this is where the film gets its title from. Now, the story of Pinocchio has two versions, the original one which is bleak and disturbing and the one by Disney toned down for wider audiences. ‘Jiminy’ is a futuristic reimagination of a world where people have cricket-like controlling chips that provide them an alternative to carry out every task to perfection. The chips on the surface seem to be very helpful and supportive like Disney’s version, but as we proceed, we grasp the extent of control they have on people’s mindset, turning them into a mentally hollow state in its deficit. When I was going through various short films, this was a name I wouldn’t have generally opted for in a million years. A fan made “21st century” Star Wars film, one can only expect the least out of it. But I was surprised by the quality of the film and to be honest, this is one of the best live action ‘Star Wars’ work I’ve seen. Being a Star Wars fanboy, I despised the treatment of Darth Maul being restricted to a stepping stone for the awful Anakin Skywalker development. Here, we get to see the skillful warrior grow into a Sith lord, killing what resembles a vague version of Obi-wan and his disciples in the process. The fight scenes are very well choreographed and carried out with agility that is expected from people who’ve devoted their lives to the art. 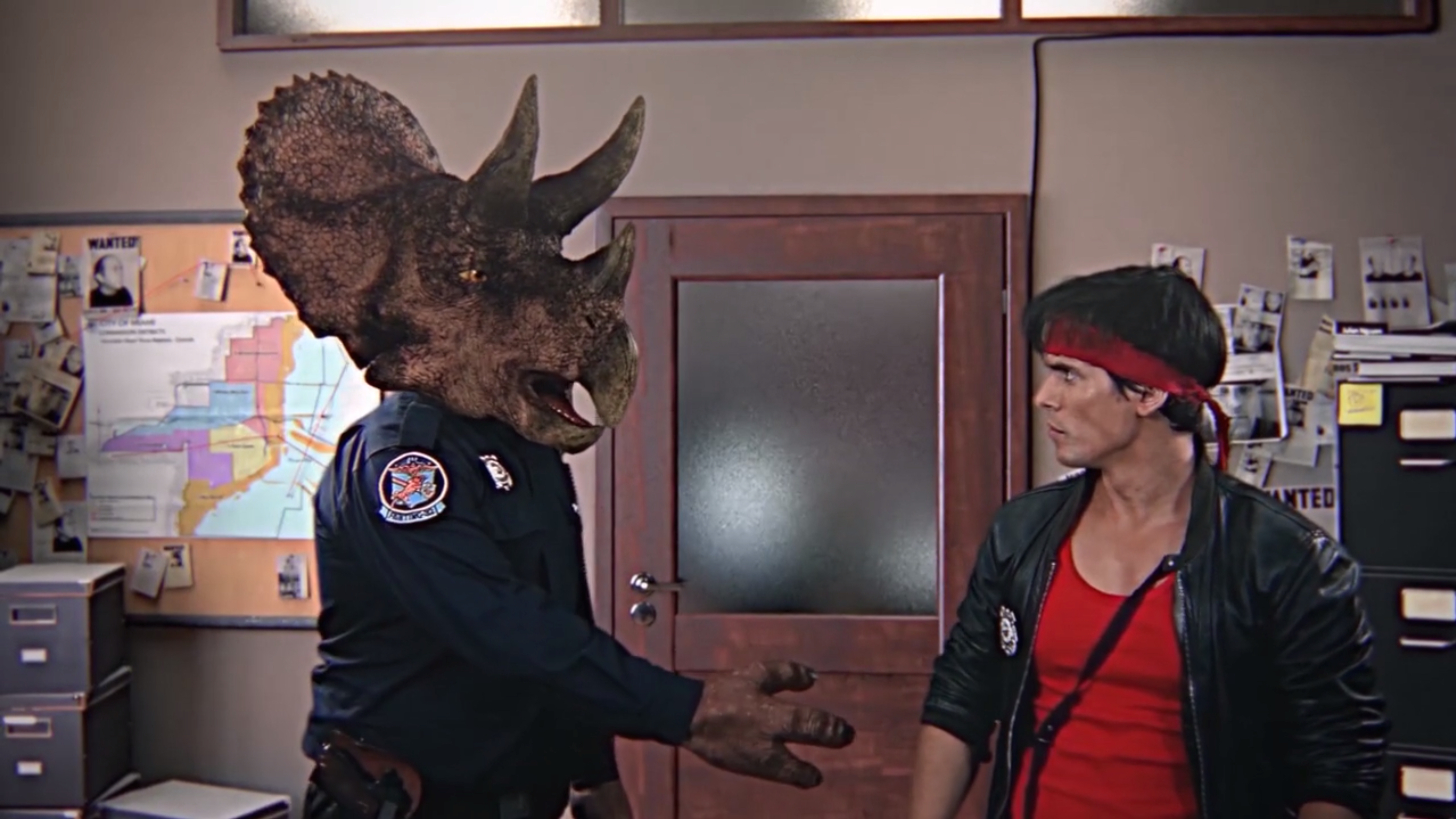 I don’t know what left me more refreshed after watching ‘Kung Fury’, the tribute it pays to 80’s retro entertainment with its groovy synthesized atmosphere or the fact that I finally found the source of the “Hackerman” memes. The short film by David Sandberg forays into the fantasized future and also parodies similar films from the retro era. Kung Fury, our hero gets struck by lightning which turns him into an unbeatable martial arts warrior, and what follows next is something you’ll only believe if you check it out. The movie is best played at a resolution of 240p, so that you may let yourself engulfed by the VHS nostalgia, and if that isn’t enough, the Knight Rider David Hasselhoff makes a cameo too. 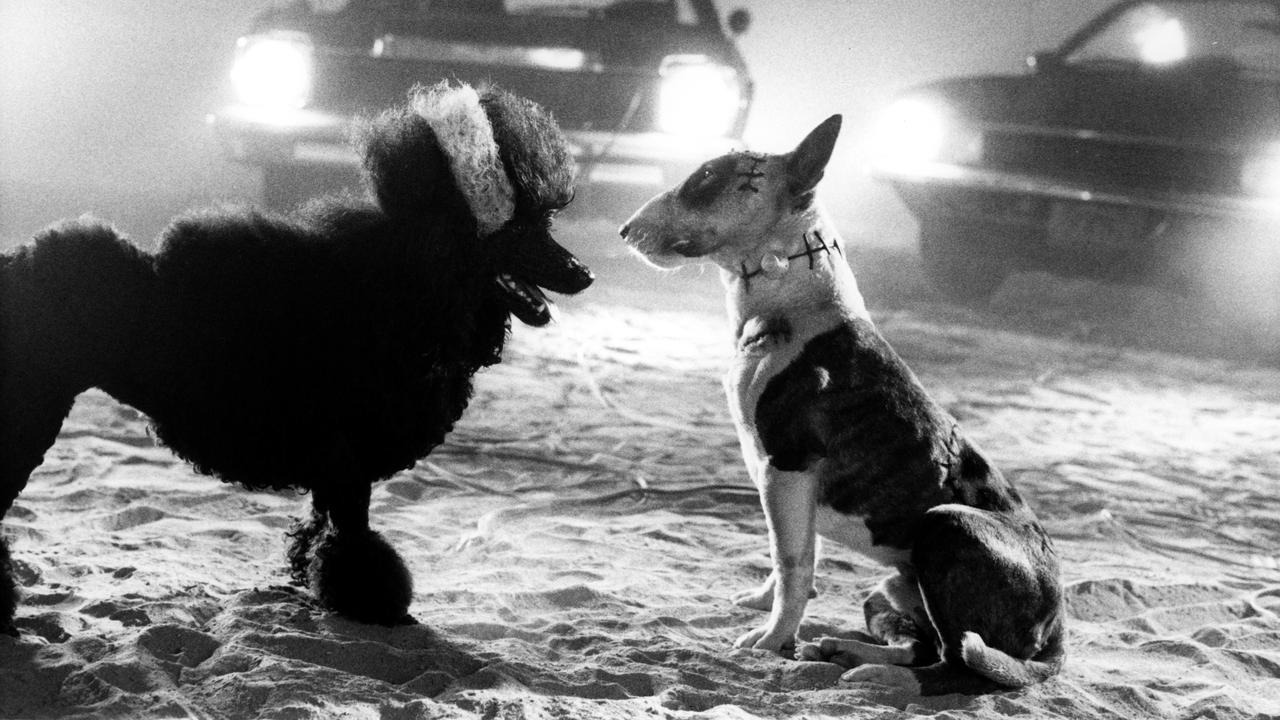 I unfortunately watched this 30 minute classic by the pre-21st century Tim Burton after sitting for 90 mins through the ‘Corpse Bride’ ripped off version. This was the time when Burton didn’t stuff every possible inch of screen with Expressionist era inspired palette. This short film got the director fired because Disney considered it inappropriate for the targeted young audiences. It works as a modern day rendition of Frankenstein with a dog being resurrected by his heartbroken young friend. Dog has been man’s most faithful friend, and one can ask grown ups as to how much their childhood pets meant to them, and if they would do anything to save it. Though grown-ups may come to terms with death, but children can’t and this gives a very solid foundation for the purpose of the movie. 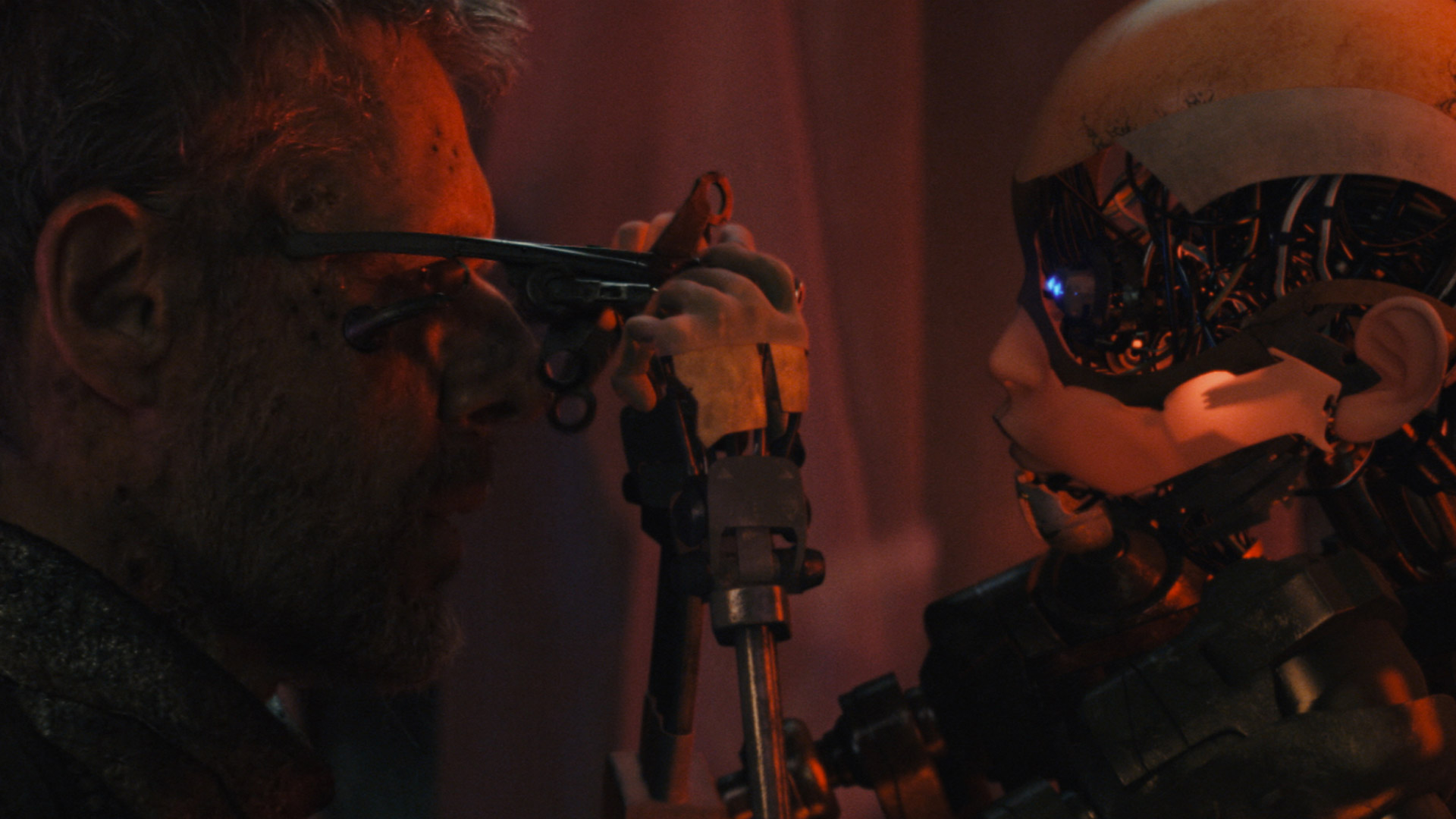 ‘The Nostalgist’ may indeed shower nostalgia upon fans of Steven Spielberg’s ‘A.I. Artifical Intelligence’. The movie takes place in a dystopian world where people can use modified visors that present a virtual reality. The movie presents the bond between a father and son, and made me think about how the term “father-son” is very subjective. In fact, one can love and care for the other as a father, and the other can reciprocate the respect that is associated with sons. Though being 17 mins long, along with recent sci-fi movies this one disregards what are consider “prerequisites’ to be in a relationship. I read Shel Silverstein’s ‘The Giving Tree’ when I was a kid and though coming across various versions of it, none stand as tall as Spike Jonze’s short film. ‘I’m Here’ stars Andrew Garfield as a robot in a world where they are treated as inferiors, they aren’t “misused” but looked down upon as freaks. Garfield’s Sheldon is an introvert who lives a monotonous life, resembling Theodore from ‘Her’, which was modeled on this. Sheldon falls in love with the reckless robot Francesca who’s the polar opposite of him, and the film explores his unconditional love for her. Unlike the story, Francesca isn’t selfish, she ends up making innocent mistakes that cost the couple a lot. 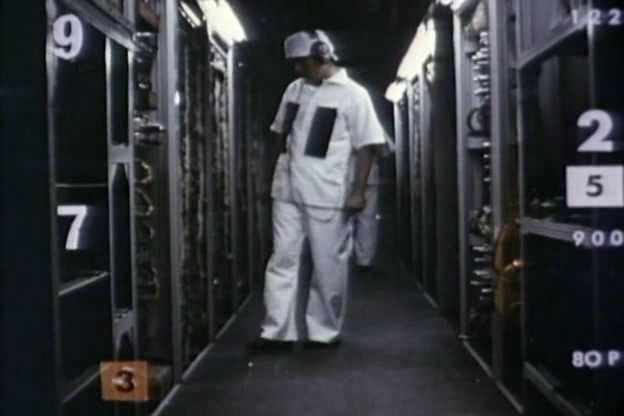 Though George Lucas is renowned for starting the Star Wars franchise, his debut feature ‘THX 1138’ remains his best work and one of the best science fiction movies of all time. Apart from being a chilling portrayal of the Orwellian world, the movie did help kickstart a category of films that blended sci-fi with social satire. ‘Electronic Labyrinth’ is the basis for the feature, and Lucas made it for his film university project. Though may it lack in quality because of a shoestring budget, Lucas got access to restricted Navy quarters and hence it feels like a projection of a distant world. 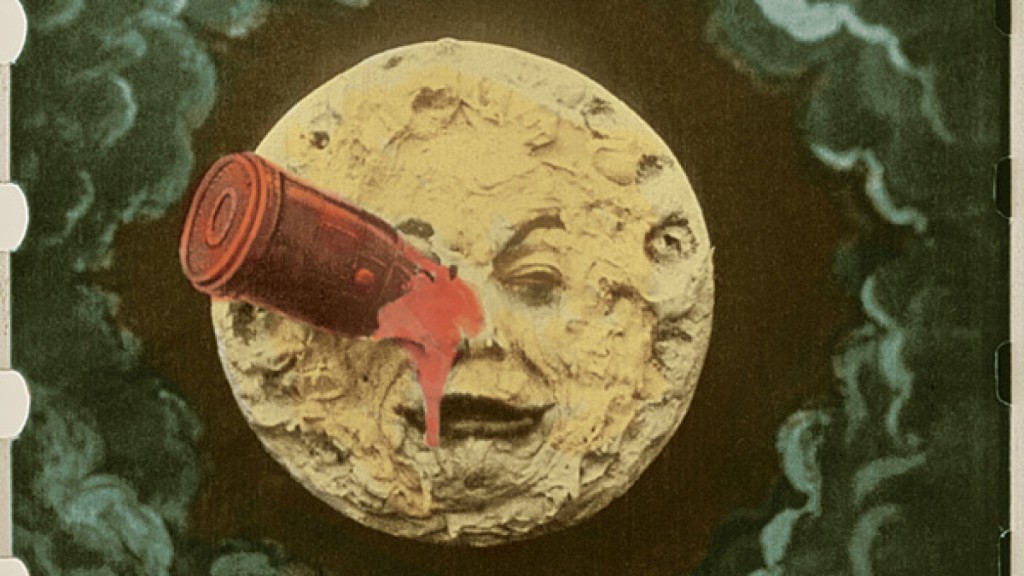 It’s been 115 years since A Trip to the Moon was made, take a moment, and let that sink in. George Melies depicted space travel in 1902, decades before the first rocket capable of covering long distance was even built, and more than half a century before someone even came up with the design that could send man to space. If this wasn’t enough, he even depicted Martian resembling aliens on screen. Melies was a true visionary and his work indicates early surrealism and magical realism, and his infatuation with geometry is almost hypnotizing. It’s available in both B/W and color version on YouTube, and I’d advise the former as the latter does feel robbed of authenticity because of the everlasting restoration process.

I hypothesized a situation, suppose Chris Marker saw La Jetee at a local theatre one day as a kid, and years later if he was sent back into time and would’ve realized that he was the creator, would he change the way the film was made? I heard he wasn’t able to afford a video camera, and hence opted to compile the stills, which I think syncs very well with the abruptness in the flow of time from the protagonist’s perspective. Interestingly, according to his own creation he couldn’t, because no matter how vaguely and metaphysical time travel is in the film, there is simply no escape from the present. Your plane of existence is confined to the present, which is probably the only thing that matters, because it is the only thing capable of affecting you. La Jetee is experimental, there is barely anything realistic about the movie; the premise, the process, the love, everything is just an exercise in deception.