100 Days Wild: Everything We Know 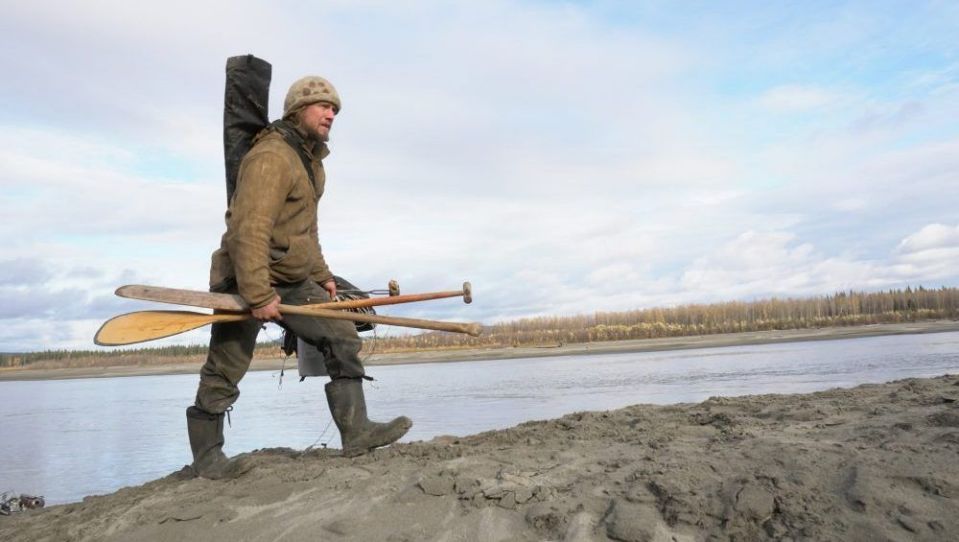 Do you recall ‘The Real World’ on MTV? Well, Discovery is treading familiar territories with its own reality show, ‘100 Days Wild’, but minus the unnecessary drama. In this survival series, only the fittest will survive — as they attempt to get a taste of the rugged nomadic lifestyle. A bunch of adventurers ventures far north, deep into the Alaskan wilderness, with a goal to build a self-sustaining community. Yes, another off-the-grid show! And we could not be more excited! So when will ‘100 Days Wild’ hit tv screens? Who are the contestants in the first season? Let’s dive straight into the details.

‘100 Days Wild’ season 1 will premiere on August 21, 2020, on Discovery at 9 pm ET/PT. New episodes will drop every Friday at the same time slot. Viewers can additionally stream the show by downloading the Discovery GO app.

Meet Jennifer and Andrew, a couple who have been living in the Tanana Valley (an unexplored, remote strip of Alaska, 200 miles away from civilization) for the past five years. Since then, the duo has been on the lookout of creating a new life for themselves. Jennifer and Andrew have devoted their time to searching for like-minded people who can help them in building a self-sustaining colony in the last frontier. The pair knows that with the onset of new individuals, they will learn fresh ideas and innovative skills. However, each person is different and everyone follows their own rules and expectations while attempting to survive in this unforgiving environment.

Joining Jennifer and Andrew are five new survivalists — Adam, Oliver, Gerrid, Christine, and Evan. These strong-willed, independent pioneers seek to forge a different life for themselves, off the grid. However, none of them are used to taking orders from others. The above-mentioned rag-tag group comprises an interesting mix of people — coming from different backgrounds. We have an Army vet, a sporting goods salesman, a homesteader, and a mountain man. As friendships are forged, romances brew, and personalities clash, the gang realizes that their common dream of sharing a self-sustaining community is the only thing that keeps them together.

‘100 Days Wild’ throws the limelight on a new generation of survivalists who have taken the brave decision of leaving their homes and embracing a new life on a vast expanse of Alaska. They must band together to forge a self-sustaining colony, which is governed by their own rules. But they must finish everything before winter sets in.

The seven persons featured in season 1 have never met each other. So when five new arrivals join a couple who have set up an off-grid outpost in Tanana Valley, they have no idea about the stakes involved. The crew only has 100 days to work together — to hunt for food, gather essentials, and build shelters before the brutal, Arctic freeze. Some of the important natural resources that are abundant in this strip are moose, salmon, bear, and grouse.

Since there is no designated leader, clashes are inevitable. Once the harsh weather sets in, egalitarian ideals are quickly tested. Therefore, most importantly, this band needs to survive one another if they want to eventually face the cold winter.

Seven strangers are giving up the comforts of the modern world in an attempt to build a self-sustaining colony in the Alaskan wilderness in our upcoming series #100DaysWild.

Posted by Discovery on Thursday, August 6, 2020