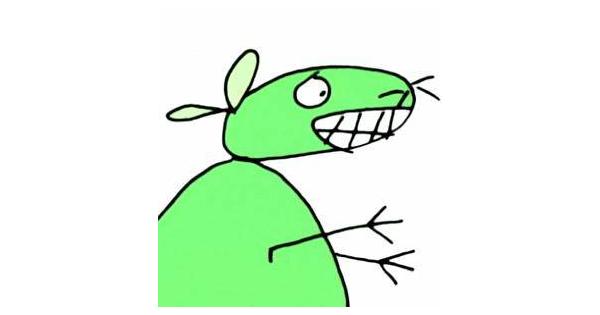 ’12 oz. Mouse’ is a surreal, adult-animated television series that airs on Adult Swim. Helmed by Matt Maiellaro as its creator, the show is packed with thriller and psychological elements. In fact, it is a true portrayal of AS’s ambitions — coming up with experimental, weird animation. If you have noticed, ’12 oz. Mouse’ displays the most simplistic artwork. However, it features one of the most complicated storylines.

The show originally ran on the channel from October 23, 2005, to December 17, 2006, spawning two seasons. Owing to popular fan-demand, AS decided to bring it back, almost after 12 years, with a third installment. Season 3 landed in July 2020 and after watching it, fans were captivated once again. The slow pace did manage to answer multiple questions but as it is the case with ’12 oz. Mouse’, we were left wanting more. So, is there any news on a fourth outing? Let’s find out.

’12 oz. Mouse’ season 3 or ’12 oz. Mouse’: The Reboot premiered on July 20, 2020, at midnight ET, on Adult Swim. The season ended with its 11th episode on July 31, 2020. Although AS has not updated us on whether there will be a new edition from the series, we should not be worried. Even after making a comeback after such a long time, ’12 oz. Mouse’ managed to maintain its legacy. Hence, we are strongly optimistic that AS will renew the show for another season at least. Once that happens, we can expect ’12 oz. Mouse’ season 4 to release sometime in Summer 2021.

Matt Maiellaro voices Mouse Fitzgerald, popularly referred to as Fitz, who happens to be the protagonist. The alcoholic, green-colored anthropomorphic mouse, Fitz suffers from amnesia and feels that he is trapped in an unknown world. Adam Reed is the voiceover artist for Shark, who owns an employment agency. We also have a chinchilla named Skillet but since he is mute, there’s no one to voice his character. Kurt Soccolich voices Rectangular Businessman and Dana Snyder voices Buzby.

Dave Willis serves as the voiceover actor for Rhoda — a one-eyed bartender. Joining the lead voiceover cast is Bonnie Rosmarin as Man/Woman, Nick Weidenfeld as Peanut Cop, Matt Harrigan as Liquor, and Matt Thompson as Producer Man. We additionally have Nick Ingkatanuwat as Eye, Vishal Roney as Golden Joe, Scott Luallen as Roostre, and Melissa Warrenburg as Lady Mouse. In a potential season 4, we expect almost the entire lead cast to make their respective comebacks.

Season 3 follows Fitz who has grown very old and currently, sports a mustache. His amnesia has increased and he lives in a new city, alongside Shark and Square Guy. But then, the latter duo is planning to kidnap Fitz. They wish to return to the real world after taking the help of exterminator bee. Skillet, Roostre, Peanut Cop, Golden Joe, and The New Guy must help Fitz and escape together before Shark and Square Guy make their move. Season 4 is expected to chronicle yet another weirder quest, undertaken by Fitz and his gang.