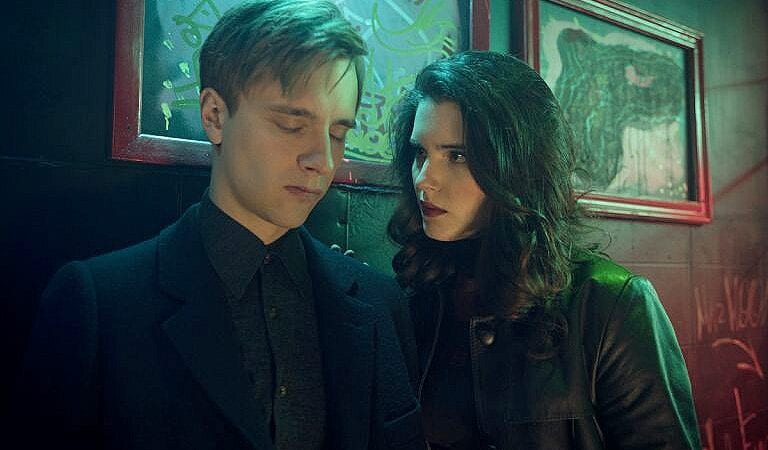 1983 is a series based on the cold war that occurred between the Soviet Union (Eastern Bloc) and the United States, after World War II. It features the terrorist attack that took place in Poland in 1983 that extended the period of the Cold War. Created and written by Joshua Long, the series is directed by Katarzyna Adamik, Olga Chajdas, Agnieszka Holland, and Agnieszka Smoczynska, and produced by Andrzej Basztak, Nicole Harjo, Agnieszka Holland, Joshua Long, Frank Marshall, Maciej Musial, and Robert Zotnowski.

The series originated in Poland and is filmed in Warsaw and Mazowieckie It released in five different languages: Polish, Vietnamese, English, Chinese and Russian. Deftly mixing history, drama and mystery, 1983 is engaging with a very interesting plot of two people uncovering a conspiracy that could start a potential revolution.

While speaking to Variety, Erik Barmack, VP of original international series at Netflix, noted that he is “confident that this show will not only resonate with the Polish audience but will also travel globally.”

Robert Wieckiewicz: He plays the role of Anatol Janow in all the episodes of 1983. Robert was born in Nowa Ruda, Dolnoslaskie, Poland, on 30th June 1967. He has acted in films like Walesa: Man of Hope (2013), Courage (2011) and All Will Be Well (2007). He has the honour of being the only actor to win 3 Best Acting awards in Poland and has won more Polish Film Awards, Eagles, than any other actor in the male category.

Krzysztof Wach: He plays Maciej Mac in the show. Krzysztof is from Lezajsk, Podkarpackie and is known for Venice (2010), Strazacy (2015), and Milosc jest wszystkim (2018).

This is how Netflix describes the show: “Twenty years after a devastating terrorist attack in 1983 that halted the course of Poland’s liberation and the subsequent downfall of the Soviet Union, an idealistic law student Kajetan (Maciej Musiał) and a disgraced police investigator Anatol (Robert Więckiewicz) stumble upon a conspiracy that has kept the Iron Curtain standing and Poland living under a repressive police state.”

1983 revolves a law student named Kajetan, and a police investigator named Anatol. They both embark on a journey of discovering a new resistance movement, which has the potential of creating a political upheaval.

After the devastating effects of World War II, Iron Curtain was formed to divide Europe into two separate areas during the Cold War period. Iron Curtain is the term symbolising the division between the United States belonging to the West and the Soviet Union with its Satellite States belonging to the East. At the peak of Cold War, in 1983, a terrorist attack results in a massive bomb explosion in 1983 in Poland.

1983 is set in 2003, 20 years after the terrorist attack. The show is set in an alternate timeline where the events are given a twist and isn’t based on reality (remember Quentin Tarantino’s Inglorious Bastards?). The 1983 attack is seen altering the course of history, where the Polish Communism and the Iron Curtain still exists. Joshua Long’s wild imagination reveals a whole new story of conspiracy, which is exciting enough to raise the question, what if that had really happened!?

1983 Season 2 Release Date: When will it premiere?

The first season of 1983 premiered on November 30, 2018, with all eight episodes released in one go. As far as the next season goes, we don’t have an official announcement yet. Though considering the popularity of the show, we would be surprised if it doesn’t get another season. Our best guess is that if the show does get renewed, 1983 season 2 can release sometime in 2020. We will update this section as soon as we hear more.

Watch the thrilling 1983 series trailer here. You can watch all the episodes of season 1 on Netflix here.