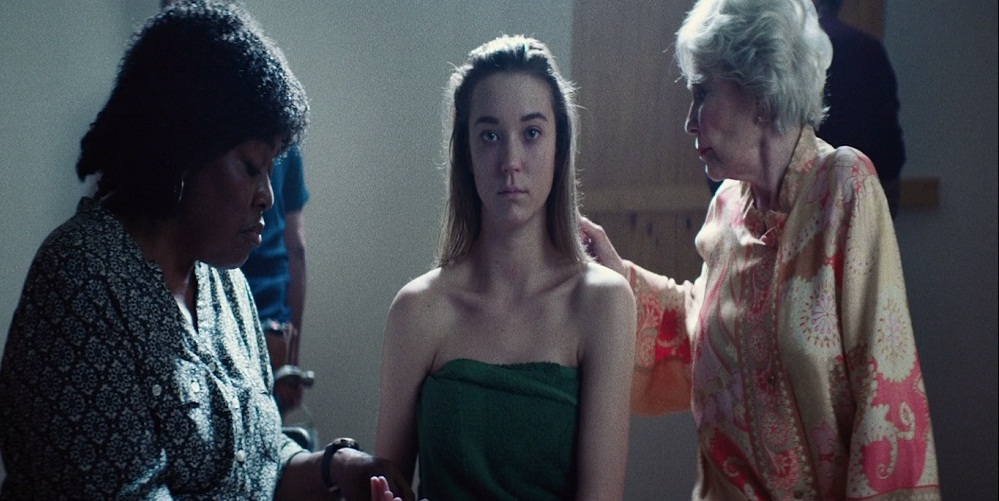 Directed by David Marmor, ‘1BR’ is a thought-provoking and heavily character-driven horror film. Although quite linear, the film explores the inner linings of those who relentlessly accept the twisted notions of cults and leads up to a rather ambiguous ending. So if any aspect of the film’s story left you confused, here’s a breakdown of the film’s storyline for you.

‘1BR’ begins with the introduction of Sarah, who decides to find a new home. One look at her new apartment and the kind people who live around it, she decides to move in. Early in the movie itself, it is established that Sarah hates her temp job but because of her tyrannical father, who even cheated on her mother when she was a child, she keeps things to herself and never really stands up against anyone who tries to overpower her.

At its outset, her new neighborhood is depicted as a TV commercial where her new apartment complex accommodates some of the most morally ideal people she has ever seen. However, there is one exception. A one-eyed creep named Lester spies on her and even recommends her a book titled ‘The Power of Community’ during her initiation barbeque at the community. The book, written by Charles Ellerby, then becomes a major part of the film’s storyline.

What initially seemed like a perfect getaway from her hectic work life, soon turns out to be a bad decision when she’s forced to stay up all night because of the sound of the loud pipelines surrounding her. Things get creepier when she gets anonymous threats for keeping a pet cat in a “no pet” community.  And finally, the real action ensues when she wakes up one night with her blaring smoke alarm and finds her cat burning in the oven. Following this, she is shut in a closed space, and her spirit is slowly broken down through a rigorous process and soon, she, too, becomes a part of the haunting community.

The Cult and its Process, Explained

After becoming a loyal member of the community, Sarah starts conforming to their four foundational rules which have been derived from Charles Ellerby’s book: Selflessness, Openness, Acceptance, and Security. With this, one can’t help but wonder who Charles Ellerby is and why is everyone blindly following a “system” created by him. Charles Ellerby comes off as a Scientologist who has delusional notions of creating a flawless world. In one of the scenes, an interview of Charles is played out to a classroom full of kids in which he preaches about his four foundations of an ideal community. This is the scene where the movie first hints on how the community may have been formed.

It is later revealed that the initiation process Sarah goes through is something that was used on everyone before they accepted themselves as tried and true members. The indoctrination process of the cult turns out to be quite simple. It subtly breaks down a person’s sense of self through torture and then coercively persuades them to accept a “thought reform” through an umbrella of manipulative techniques such as isolation, dependency, and dread. This explains why Sarah first hears those noises in the pipes. A lack of sleep makes her extremely exhausted and that itself marks the inception of her breakdown. The remaining methods of torture that follow make it pretty evident how a person’s will is broken down completely. Especially for someone like Sarah, who already has a hard time defying others, it becomes much easier for the cult to break her.

The third, final act of the film is all about Sarah’s resistance. After her old friend gets the opportunity to stay at the apartment complex, Sarah warns the other cult members that she is extremely resilient, and breaking her won’t be easy; which later turns out to be true. When a clash ensues between Sarah, the paternal community leader Jerry, and Lisa (Sarah’s friend), Lisa gets shot. However, she somehow evokes a sense of defiance in Sarah. And this explains why Sarah finally gathers the courage to kill Jerry and escape the community. While she does that, the one-eyed creep, Lester, surprisingly helps her, which shows that not everyone in the cult had accepted its deceptive methods of brainwashing. 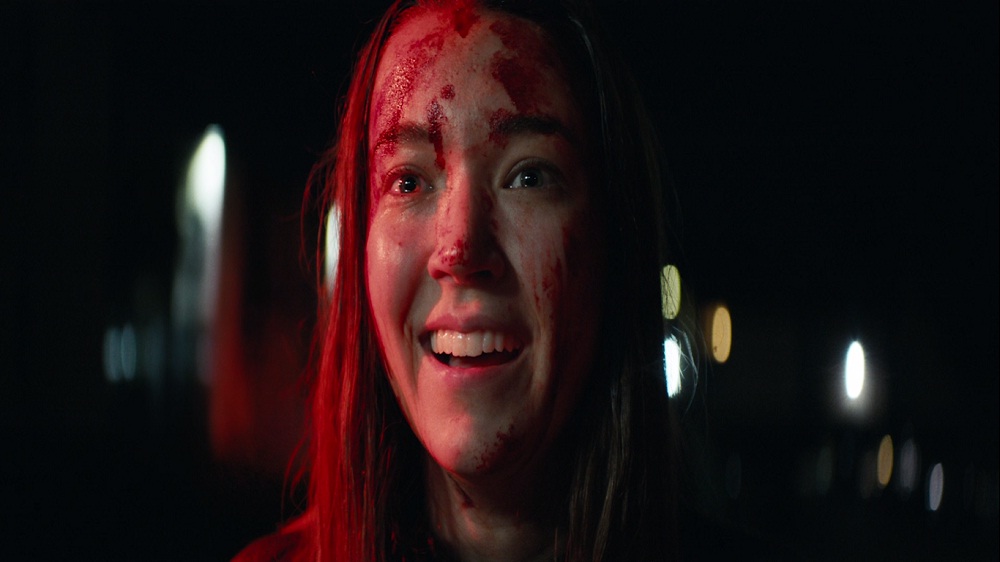 After escaping her gated apartment building, Sarah arrives at a very familiar logo on a billboard at the side of the road. A closer look at it makes her realize that the logo is very similar to the cult heat stamp that was imprinted on her during her initiation. Soon, an alarm starts to ring in all the apartment buildings that surround her, and she realizes that all of them are under the influence of Charles Ellerby’s sick ideas of an ideal community.

She also recalls that back at her own building, they were always under CCTV surveillance, which explains that a bigger power is at play here and the boundaries of the cult are not confined to the place she just left. In the closing scene, Sarah clenches her fists, lets out a menacing laugh, and runs out of there. The ending basically shows how Sarah is not the same person anymore. Her experience with the cult has made her realize that she needs to stand up for herself and learn to say no when necessary.

Overall, the film and its emphasis on LA alludes to Charles Dederich’s Synanon group, which was a similar infamously violent cult. Moreover, similar to ‘Vivarium,’ it also serves as an allegory to the often disappointing tailing of dreams that people put themselves through to acquire an ideal life, only to eventually realize that it’s not something they wanted.