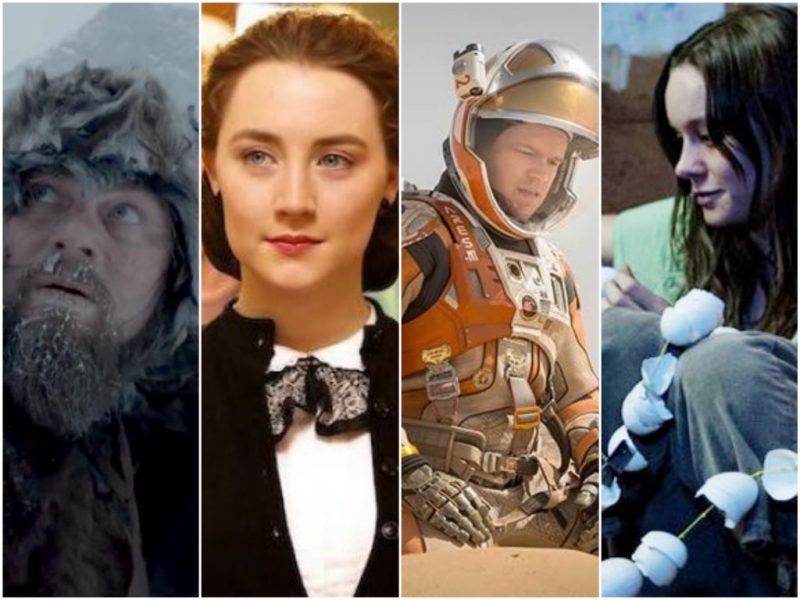 It has been quite an extraordinary year, a year in which the best films of the year have been largely influenced by the films that came before them, primarily from the seventies and nineties. More and more one can feel the influence the great cinema of past decades has had on today’s best filmmakers, or those exploding to the forefront of American film.

The seventies was a time of great risk taking in cinema, a decade when movies were topical and urgent, exploring the happenings from the daily news on the big screen, startling audiences with their realism and depth. Directors were finally free to explore previously thought to be taboo subjects, and rather than exploit the subjects they made powerful films that will stand the test of time.

This year often felt like a trip back in time. The summer was dominated by Jurassic World, a revamp and updating of the famous story first told in 1993.

However the fall, and some of the years best films felt forever like the seventies were upon us again. Spotlight, one of the years best films, is quite simply the best film about journalism since the award winning masterpiece All the President’s Men (1976). Creed, brings back Rocky Balboa, portrayed by Sylvester Stallone, this time coaching the son of his enemy/ friend Apollo Creed, older, wiser and very ill. The Revenant and Beasts of No Nation tell different stories but with the same raw power as Apocalypse Now (1979), placing the lead characters in the wilderness, searching in the jungle and into their own souls for their own heart of darkness. Room was a biting film about a mother and a son held captive for years in a ten by ten garden shed finally escaping their personal hell to a world they do not know, or in the son’s case, have never ventured. The intensity of their bond forges a love that cannot be challenged by anyone or anything. In many ways this film felt like An Unmarried Woman (1978) in which a mother and a daughter struggle to find themselves after the husband and father leaves them.

And of course Star Wars ­ The Force Awakens plunges back into a world once upon a time ago in a galaxy far, far away. Original characters are merged seamlessly with new, paving the way for a new generation of fans to discover and re­discover the Star Wars legacy.

It has been a terrific year at the movies, and I know which films I think are the best of the year, but the Academy is going to have a rough time selecting their own because the choices are so strong and so many. As in previous years, good films, good performances will be left out. Let me state right from the start, I am not a huge fan of Mad Max ­ Fury Road, which for me was a solid action film, and little more, but not much else.

Here are my ten best:

1.THE REVENANT: A stunning dark masterpiece, with a performance from Di Caprio for the ages.

2. ROOM: Haunting and powerful, Brie Larson is astonishing as Ma. This announces her as a major new talent.

3. SPOTLIGHT: Beautifully directed and written, with one of the finest ensembles in years. Keaton and Ruffalo are standouts.

4. BEASTS OF NO NATION: Deeply disturbing film about child soldiers and how they are coerced into duty doing murder. Idris Elba is superb as the vicious commandant.

5. THE HATEFUL EIGHT: Tarantino’s sprawling western is his most intimate film, nothing is as it seems, and who is in cahoots with the girl to be hung ?

6. CAROL: Brilliantly made film about lesbianism in the fifties and the perils of a women being in love with another. Blanchett and Mara are perfection.

7. BRIDGE OF SPIES: Spielberg continues his arc of genius with this Cold War thriller with Tom Hanks as a decent man fighting for the life of a spy.

8. THE MARTIAN ­ Matt Damon dominates this effects laden work with a funny, superb performance as a man accidentally left behind on Mars.

10. BROOKLYN (tie): The kind of love story they do not make anymore, so they did. Saoirse Ronan is both heartbreaking and luminous in the film. Remarkable.

10. LISTEN TO ME MARLON: The most revealing documentary ever made about an actor, in this care, the greatest actor….Marlon Brando. Using audio tapes and home movies found in a storage shed they piece together the real Brando and find a man we never knew.

And other honorable mentions: INSIDE OUT, SON OF SAUL, STEVE JOBS, BLACK MASS, CREED, AMY