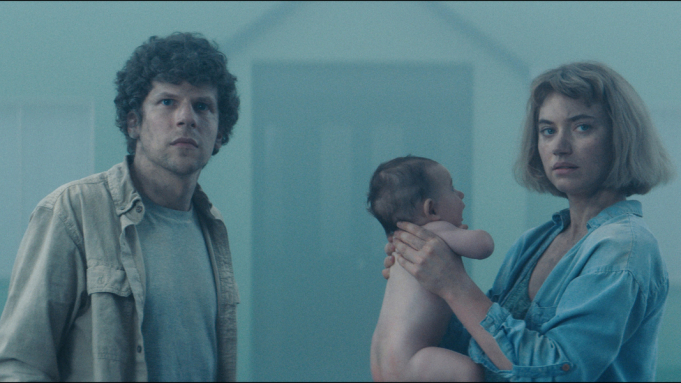 The Critics’ Week of 2019 Cannes Film Festival has unveiled its lineup. The prestigious sidebar to the Festival showcases 11 features and 10 short films. Out of the 11 features, seven films are in competition from the jury and the rest screen as out of the competition. The Critics’ Week is celebrating its 58th anniversary this year. Ciro Guerra, who is best known for the Oscar-nominated ‘Embrace of the Serpent’ and ‘Birds of Passage,’ serves as the president of the Critics’ Week jury. Amira Casar, Marianne Slot, Djia Mambu, and Jonas Carpignano serve as jury members.

The Critics’ Week screens directorial debuts and sophomore features, and the debut movies compete for the honor, Camera d’Or. The major attractions in the competition lineup include ‘Vivarium’ a sci-fi thriller from Irish filmmaker Lorcan Finnegan. The movie features Imogen Poots and Jesse Eisenberg as a couple stranded inside a supernatural labyrinth. Icelandic director Hlynur Pálmason’s ‘A White, White Day’ is based on a widower’s dilemma of his wife’s loss and doubts about her infidelity.

Another attraction in the competition lineup is Jérémy Clapin’s animated feature ‘I Lost My Body.’ The French production depicts the journey of a young man’s severed hand in search of its owner. The movie is co-written by Guillaume Laurant, who is known for ‘Amélie.’ Guatemalan director César Díaz’s feature directorial debut, ‘Our Mothers’ tells a burning chapter from the violent history of the country. Moroccan director Alaa Eddine Aljem debuts in the Critics’ Week with ‘The Unknown Saint.’ The movie chronicles a thief’s desperate attempts to recover his buried loot, ‘Abou Leila,’ is the first feature from Algerian filmmaker Amin Sidi-Boumédienne. The movie is set in the backdrop of the Algerian Civil War in the mid-90s. Costa Rican director Sofía Quirós Ubeda’s debut feature, ‘Land of Ashes’ centers on the life of a Costa Rican teen who feels the weight of loneliness in the countryside home after the death of her grandparents.

Out of the four special screenings in the section, French-Colombian filmmaker Franco Lolli’s ‘Litigante’ is picked up as the opening film. ‘Dwelling In The Fuchun Mountains,’ which is the directorial debut of young Chinese filmmaker Gu Xiaogang, is the closing film. The other special screenings include ‘Heroes Don’t Die,’ the feature debut of Aude Léa Rapin, and ‘Tu Mérites Un Amour’ from the first time director Hafsia Herzi. The Critics’ Week runs parallel to the Cannes Film Festival from May 15 to 23.

Check out the full lineup of 2019 Cannes Critics’ Week below.