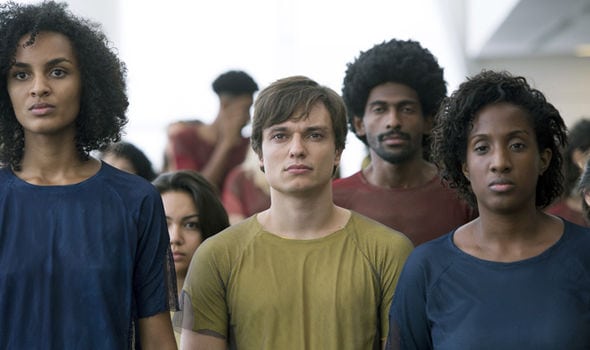 If you are a sci-fi lover and are looking for something different in the genre, Netflix Originals has something special set aside for you. ‘3%’ is a Brazilian dystopian thriller web series which has attained a huge following and has also gained the favor of the critics and viewers. ‘3%’ is all about moving to the better side of the world and moving does not just mean crossing over simply. You have to fight for your position through a series of physical and psychological tests and only 3% of these candidates will be permitted into the better side of the world.

‘3%’ airs on Netflix and first premiered on November 25, 2016. It is the first Netflix Original in Portuguese. Created by Pedro Aguilera, this drama-thriller has been directed by César Charlone, Daina Giannecchini, Dani Libardi, and Jotagá Crema.

Science fiction has always drawn our attention and over time they have envisioned how the future is going to be or has shown us new realms of travel, be it ‘2001: A Space Odyssey‘ or ‘Interstellar‘. Netflix has its share of shows like ‘The OA‘ and ‘Lost in Space‘.  ‘Black Mirror‘ is another Netflix show that has attained massive popularity. ‘3%’ is right up there with some of the best science fiction shows, and has naturally managed to attract quite a large fan base. Critics too have praised the series, saying, “Despite comparisons to other teen-centric dystopian thrillers, 3% separates itself from the pack by focusing on characters with complicated backstories and personalities.”

Joao Miguel plays Ezequiel, the leading head of the Processs. Ezequiel is known to be very mysterious, short-tempered and hot-headed.

Bianca Comparato plays Michele Santana, a young woman who has a good sense of justice and is sly and smart. She does not have a family and was raised by her brother.

Fernando Carvalho, played by Michel Gomes, is raised by his father and is thought to be given a chance to be in the Process but he does not have the confidence to clear the process. However, since he is wheelchair-bound, some contestants do not think he stands a good chance of passing it.

Rodolfo Valente plays the role of Rafael Moreria,  an egoistic person who will do anything to go through the Process and even cheat in the game. Although he hides his mysteries, it is clear that he believes that the ends justify the means, and this makes him a dangerous contestant.

Rafael Lozano plays the role of Marco Alvares, who belongs to a family that always passes the Process and is eagerly awaited by his family members on the other side of the shore.

Vaneza Oliveira is seen as Joana Coelho. She is an orphan who had to live by her wits on the fringes of society in the streets of Inland, which is the part that is not too developed. However, she shows little interest in the Process.

Viviane Porto appears as Aline, someone who has ambitions to overthrow Ezequiel to become the head of the Process.

There are several other recurring characters, who show the interests of various parties while managing to capture the desperation that drives the people to try and succeed in the Process and make it to the better side.

In the upcoming season, most of the main cast is set to return, except for Ezequiel, who did not survive the last season. However, he could always appear in flashbacks. Some new faces are expected to be added too, and that is bound to make things exciting.

This dystopian Brazilian series is based on the story of passing over to the “better side” or the utopian Offshore. The story binds with the future where a major part of the population lives in poverty in the Inland while the other part experiences progress and affluence. Every year participants from the age of 20 years get the chance to participate in the Process to move to the Better Side and only 3% stands a chance to clear it. However, as with any subjectively meritocratic process, this system too draws the ire of a certain section of people and a shadowy rebel organization called Cause attempts to disrupt the Offshore’s Process. The series obviously deals with the conundrum that the moles for the Cause who can go to Offshore, find it difficult to blow up what they have legally earned. It is a classic case of being subsumed by the materialistic fetishes of a capitalist society.

Naturally, viewers will find that the series strongly resonates some of the vibes of ‘Maze Runner‘ and ‘The Hunger Games‘.  However, the show sets itself apart in focusing on the talents of the diverse cast and taking viewers deep into their characters and the development, rather than showing mind-numbing scientific concepts. The best sci-fi dystopias work best in the grey areas, and this is where ‘3%’ succeeds. The show never portrays absolute bliss or absolute misery and this nuanced handling of the tale makes it a riveting watch.

Hopefully, in the upcoming season, the show will maintain a similar tone and manage to outdo itself.

3% Season 4 Release Date: When will it premiere?

‘3%’ Season 3 released on June 7, 2019. As far as the next season goes, we don’t have an official announcement yet. Though considering the popularity and unqiueness of the show, we would be surprised if it doesn’t get another season. Our best guess is that if the show does get renewed, ‘3%’ Season 4 can release sometime in June, 2020. We will update this section as soon as we hear more.

Check out the clip for ‘3%’ season 3 bekow. If you have not seen the series, and happen to love shows like ‘Westworld‘ or ‘The Handmaid’s Tale‘ that involve drama and dystopia, then this is one show you cannot afford to miss.