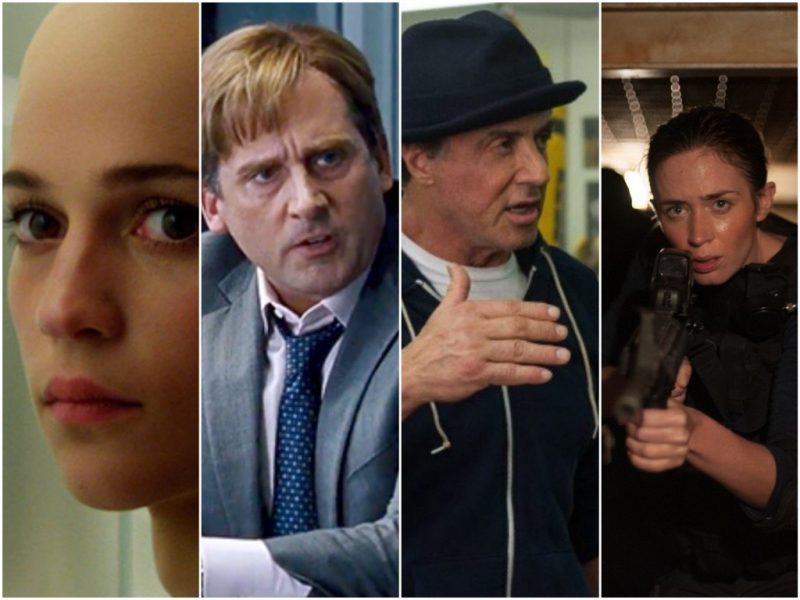 As you know that Oscar nominations will be announced tomorrow, 14th January. We, here at The Cinemaholic, have already made predictions on what to expect on the nominations morning. And though I am confident about most of my predictions, I also know I can’t be 100% accurate. Surprises are bound to happen. So, I decided to put together a list of major surprises that you can expect out of the Oscar nominations. To be honest, I lacked the guts to make these surprises a part of my predictions — because I target accuracy more than glory. At the end of the day, these surprises may not happen altogether, but still I wanted to put them out there just so that you know that in some tiny part of my brain expected them to happen. Anyway, with that said, let’s look into what are those five surprises that may happen on the nominations morning. Just remember, where you read it first.

If you looked at my predictions, or any other Oscar pundit’s predictions, you would realize that no one is predicting ‘Sicario’ or ‘Trumbo’ to land a Best Picture nomination. But, lest we not forget, ‘Trumbo’ got a SAG nomination for Best ensemble, so we already know it’s loved by actors — who make up the largest branch of the Academy. Similarly, ‘Sicario’ received a PGA nomination for Best Picture and a ACE nomination for Best Editing, which shows that it is more popular among industry voters than many might realize. Of course, to get into Best Picture line-up they will have to knock-out something. But that shouldn’t be difficult considering ‘Room’, ‘Brooklyn’ and even ‘Carol’ are vulnerable and can easily give way to either one of the two films.

2. Alicia Vikander gets two acting nominations or none at all

Almost all the Oscar experts, including me, are predicting Stallone to get a Best Supporting Actor nomination. But what we all might be ignoring is the fact that Stallone may not yet be recognized as a serious actor by many in the Academy. Only last year, when everyone was predicting Jennifer Aniston to get a Best Actress nomination, she was snubbed by the Academy for Marion Cotillard. Something similar might happen and Stallone may get snubbed for a more serious actor like Benecio del Toro or Michael Shannon.

4. Steve Carrell or Michael Keaton gets a Best Actor nomination

Best Actor line-up is more or less a sealed deal — or so Oscar experts feel. But many a times we have seen an actor from a strong Best Picture contender manages to break into the Best Actor line up. For example, last year, Bradley Cooper got a Best Actor nomination because of the strong showing of ‘American Sniper’. Or the year before that, Christian Bale managed to score a nomination solely on the strength of ‘American Hustle’. Both ‘The Big Short’ and ‘Spotlight’ are strong Best Picture contenders. Therefore, don’t be surprised if you see Keaton’s or Carrell’s name on the nominations list.

Yes, I just mentioned that ‘Spotlight’ is a strong Best Picture contender. It is. But have we forgotten the snub of Ben Affleck ? There are two reasons why McCarthy may miss the nomination. First, ‘Spotlight’, as good as it is, doesn’t feel like a massive directorial achievement — the way ‘The Revenant’ and ‘Mad Max: Fury Road’ feel. Second, the directors branch of the Academy are known to back their favorites. That leads to a situation where the name that doesn’t stand out or isn’t the “cool choice” is in danger of being left out. Among the top five contenders, I think, McCarthy is the most vulnerable one.

Again, I am not saying any of these five surprises WILL happen. I am just saying if they happen, don’t be surprised … because you already read it here.