The 1950s was the time when television became a household product in America and was the main source of entertainment besides the radio. When the decade began, there were around 5 million television set owners in the USA, and by the time the decade ended, the figure jumped up to 55 million. The importance of television was first felt during the 1948 elections when the politicians began to modify their speeches in ways that could make them more appealing on television. Sports became something quite commonly consumed via the television and it boosted college as well as professional sports into becoming highly valued businesses. However, the television also had its fair share of critics, with some calling the TV a medium only used for selling products and homogenizing the culture. It was also famously called the ‘idiot box’.

Many important pioneering moments of television’s history began happening in the 1950s. 1951 was the first time that coast-to-coast live telecast was made possible. Many different forms of TV programs which have become popular today, like reality shows, soap operas, game shows, crime dramas, all had their initiation on television in the 1950s. In 1952, the television was used for presidential campaigning for the first time by Dwight Eisenhower. Interestingly, television was mostly popular among older people because it meant that they did not have to go to the movies anymore for entertainment. The television brought entertainment right into their living rooms. The younger people were the ones crowding the film theatres and thus, movies began to be more youth-centric since the 1950s.

With these examples, we can see that television brought about a huge change in American culture, lifestyle, source of entertainment, and news. If you’re interested to check out TV shows from the 1950s, the only show from the decade available on Netflix is ‘The Twilight Zone‘. It is one of the most unique shows of the decade, and the content of the series can easily be called well and truly ahead of its time. ‘The Twilight Zone’ began airing on CBS from 1959 and ran for 5 seasons till 1974. The man behind the show is Rod Serling. He is the creator, co-executive producer, and co-writer of most of the episodes in the series. Serling even acted as the narrator and regularly delivered monologues when each episode began and ended. 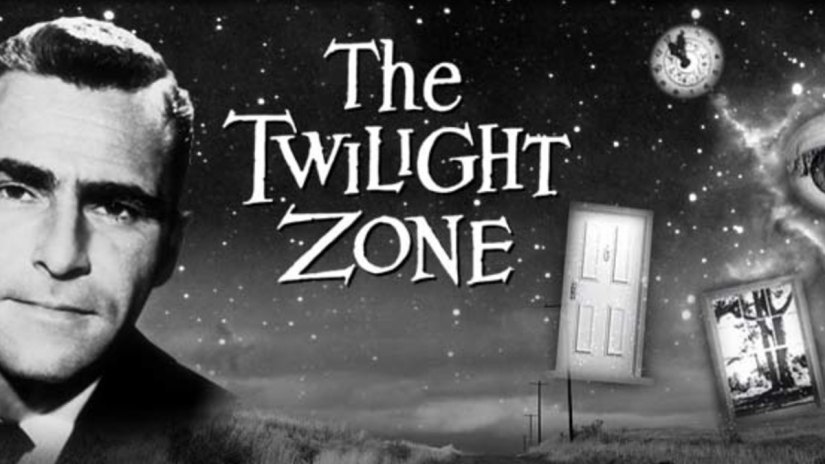 The unique thing about ‘The Twilight Zone’ is that it is not a continuous series. Each episode is a separate story unto itself. Regarding what ‘The Twilight Zone’ actually is, this is what Serling had to say — “There is a fifth dimension, beyond that which is known to man. It is a dimension as vast as space and as timeless as infinity. It is the middle ground between light and shadow, between science and superstition, and it lies between the pit of man’s fears and the summit of his knowledge. This is the dimension of imagination. It is an area which we call The Twilight Zone.” Each episode found the characters entering this ‘Twilight Zone’ and experiencing disturbing or horrifying events. Each episode came with a moral of its own. The show can be best described as belonging to the fantasy/horror genre. The surreal nature of the show at first found it difficult to find a steady audience despite being loved by critics. Later on, the episodes of the first season went on to be regarded as some of its best.

If there is one show in the world right now whose format and philosophy can be compared to ‘The Twilight Zone’, it is definitely ‘Black Mirror‘. The dystopian series also deals with one story per episode and is placed in the near future. It always tries to warn us that excessive use of technology will take us to a point where civilization will not be benevolent any longer. It takes us back to the days of survival of the fittest.

Serling received two Primetime Emmy Awards for his writing on the show and one Golden Globe Award for Best TV Producer/Director. Nowadays, several publications regard ‘The Twilight Zone’ as among the best television shows in history. According to TV Guide, ‘The Twilight Zone’ is among the best shows in the history of television. Rolling Stone ranked the show seventh on its list of 100 greatest TV shows ever, while the Writers’ Guild of America placed the show at number 3 on its list of the best-written TV series of all time.