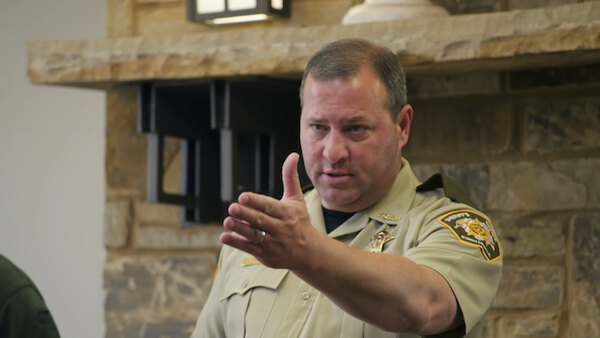 The Etowah County Detention Center in Alabama is among the worst country-run prisons in the US. And it forms the site for ’60 Days In’ season 6. To date, we have seen two of the volunteers already leaving the show, which includes former marine Matt and super-fan of the series, Jacob. The current inmates left in the show are Dennis, Alex, Shanese, Ashley, and Jennifer.

Episode 3, which premiered last week, was followed by episode 4 that landed on January 23, 2020, on A&E. We should say that this week sees the volunteers fare much better than they did in their previous weeks. Now, with the last part done and dusted, episode 5 is all set to air on tv the next week. Of course, fans want to know how and where they can watch ’60 Days In’ season 6 episode 5. Read on for some detailed insights.

60 Days In Season 6 Episode 5 Release Date: When Will It Premiere?

In episode 6, we will see how Ashley will fare after Miss Williams makes a comeback. Williams is the same officer who had to leave because of Ashley’s complaint and we are sure she is going to make life hell for the volunteer. On the other hand, a new wild card entry, Toni will enter the jail next week. He is hired by Chief Horton in order to put an end to Dennis’s arrogance.

Where to Watch 60 Days In Season 6 Episode 5 Online?

In the women’s pod, the undercover volunteers still working for the sheriff are Ashley, Jennifer, and Shanese. Among them, Ashley seems to be handling it well. To date, she has made a makeshift bra for herself, successfully made an officer quit, and also lends a helping hand to inmates when required.

But things go for a toss during one of her breakfast sessions. When a fight breaks out, Ashley is noticed looking at the camera and enjoying the squabble by one of the prisoners. This particular inmate informs everybody else that she is on a reality show. But Ashley is finally able to convince the felon when the latter asks if she had been to court. Ashley replies in the negative, explaining that she is here for federal charges.

On the other hand, Shanese is still finding it difficult to cope up because of her gluten intolerance. And Jennifer is popular because of her attractive looks and confident persona.

Meanwhile, in the men’s pod, Dennis wants to shift to another unit because this is the place where there’s access to maximum contraband and there are no cameras. Dennis claims that he wants to move to unit 6 because he aims to expose what’s actually going on in that area. But without cameras, the production crew would not be able to film anything and this step might prove dangerous – both for him, Alex, and the mission. As a result, Peek and Horton decide to recruit a new wild card entry.