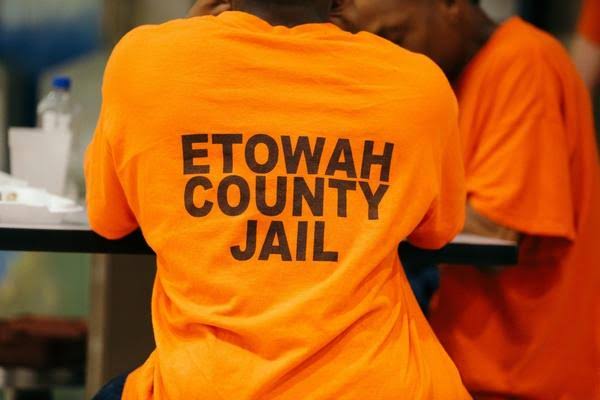 In our search for gritty true-crime shows, we often land on one platform — A&E — the go-to destination for crime or legal documentaries. And one of the titles that is worth a mention here is, ’60 Days In’, which is in its current, sixth season and is filmed at Etowah County Detention Center in Alabama.

Here, we not only get an exclusive view of prison life but we also meet a bunch of volunteers who have not been involved in any misdeeds. They willingly enter the prison to help shed light on what happens behind bars.

Last week, we had witnessed how Dennis’s arrogance almost puts the mission at risk. This week, Tony is brought in to serve as “the salvation” for the operation. On the other hand, in the women’s pod, we see the return of corrections officer, Ms. Williams, who had apparently quit after Ashley filed a complaint regarding her mistreatment of other inmates.

Now, with the last part done and dusted, episode 6 is all set to air on tv the next week. Of course, fans want to know how and where they can watch ’60 Days In’ season 6 episode 6. Read on for some detailed insights.

60 Days In Season 6 Episode 6 Release Date: When Will It Premiere?

In episode 6, “Following the events of Mother’s Day, Ashley, Shanese, and Jennifer struggle against demons of all kinds, while the men are challenged by new cellmates” — according to A&E’s official description.

Where to Watch 60 Days In Season 6 Episode 6 Online?

In episode 6, Sheriff Horton and Chief Peek bring in Tony, a corrections officer from Fulton County jail. The crew takes this step because of Dennis, who had put the mission in jeopardy last week after deciding to shift to a zero-camera unit, nicknamed as the cell of “milk and honey”, regarding contraband. The Chief gives him a warning and then recruits Tony to help them save the program.

The tough and disciplined Tony instantly gets into the action, not bothered by whatever is happening around him. He even kicks out some inmates who were doing drugs in his cell. No one dares to question his authority. Tony also has a discussion with Dennis and it seems if the latter crosses his way, the consequences will be severe.

In the women’s pod, Ashley is aghast when she learns that Miss Williams has returned. Earlier, Ashley had played a pivotal role in getting the officer fired. Williams takes this on her ego and is harsher than ever – restricting free calls on Mother’s Day and not allowing them to be alone. The entire ordeal makes Ashley desperate to call it quits.

Meanwhile, Shanese and Jennifer are also losing their patience and can break at any time. We bet, if Williams is not careful, she will face the consequences of her actions pretty soon! Stay tuned and catch up on the next episode to watch the heated drama unfold.