Science fiction is one of the most popular genres of all time, be it in literature, films, or television shows. Science fiction allows us to have a look at the impossible and imagine what the world would have been like, had technology stepped into yet-uncharted territories.

And when we mix comedy into such stories, we get a unique world which is nothing like anything. The HBO series ‘Avenue 5‘ is one, where such a possibility is explored. The series is set in the eponymous spaceship which goes off its course due to a technical malfunction. While the supplies are set to last for eight weeks, the spaceship will take years to go back to the earth.

In this scenario, how the crew manage to sustain themselves and how this accident affects their lives is what this series is essentially about. With amazing humor and a brilliant cast, ‘Avenue 5’ is a unique show that deserves our attention. If you have enjoyed watching ‘Avenue 5’, here are some other shows you might want to check out. You can find many of them on Netflix, Hulu, or Amazon Prime. 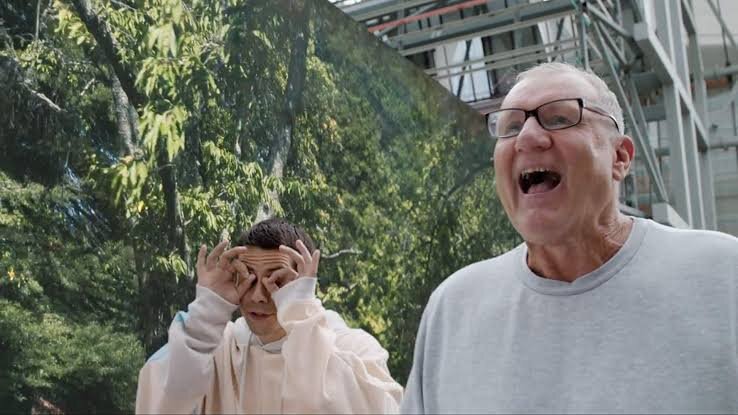 A rather interesting series with a deeply political subtext, ‘Weird City‘ is set in the eponymous city where the entire place has been divided into two haves- Above The Line and Below The Line. While the affluent section of the society, called the Haves, dwell in the Above The Line section, the poorer ones, or the Have-Nots, live in the Below The Line part of the city.

Each episode deals with a separate story of an individual from this city and tells us how they navigate through the several challenges of living in such a world. While the theme of the series is greatly inspired by Fritz Lang’s 1921 film ‘Metropolis’, it does have its own unique qualities. 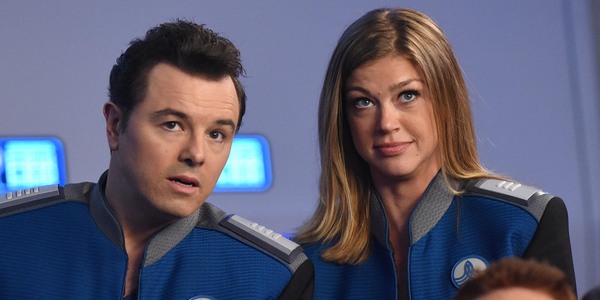 Set in the 25th century, the story of ‘The Orville‘ centers around a group of space explorers who are out to explore other planets on the eponymous spacecraft. The various situations that they come across during their exploration are what this series is essentially about.

Created by and starring the incomparable Seth MacFarlane, ‘The Orville’ is a series which acts as an unofficial homage to shows like ‘The Twilight Zone‘, ‘Battlestar Galactica’ and ‘Star Trek‘, but its distinctive flavor of comedy and science fiction makes it a series worth checking out. 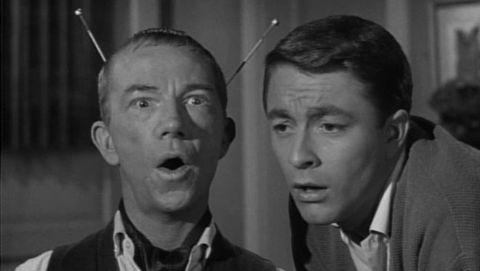 A series far ahead of its time, ‘My Favorite Martian’ released on CBS in 1963 and was on air for three seasons. The story of this series centers around a Martian who lands on earth when his spacecraft malfunctions. A news reporter called Tim O’Hara witnesses this crash landing and takes the Martian to his home, telling everyone that he is actually Tim’s Uncle Martin who has just come to visit.

Hiding the Martian’s identity becomes more difficult when Tim’s landlady begins developing romantic feelings for him. A brilliant science fiction sitcom, ‘My Favorite Martian’ has some amazing characters with whom you will fall in love in no time at all. 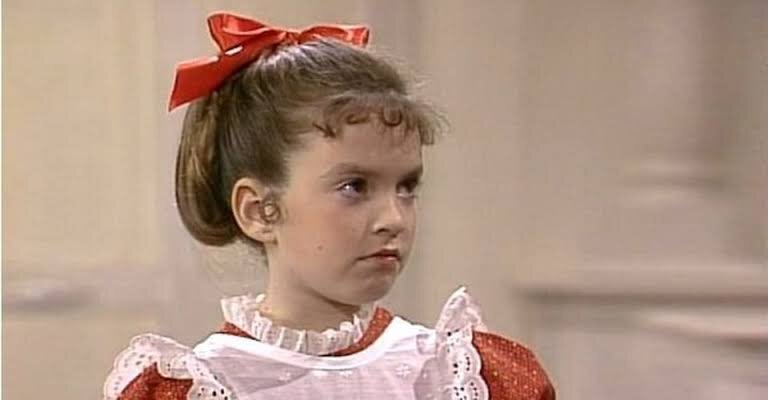 Created by Howard Leeds, ‘Small Wonder’ is an extremely popular sitcom based on the everyday life of the Lawson family, where the patriarch has built an android called Vicki which looks like a 10-year-old girl. The android lives with the Lawsons as a part of their family, and while they desperately try to keep her identity a secret, their neighbors, the Brindles, keeping coming into their lives unannounced and uninvited.

The many comedic situations in the series arise due to the Brindles’ eagerness to discover Vicki’s identity and her own attempts to live like a human being. Brilliantly written and performed, this series became an international success when it was televised in several other countries besides the United States. 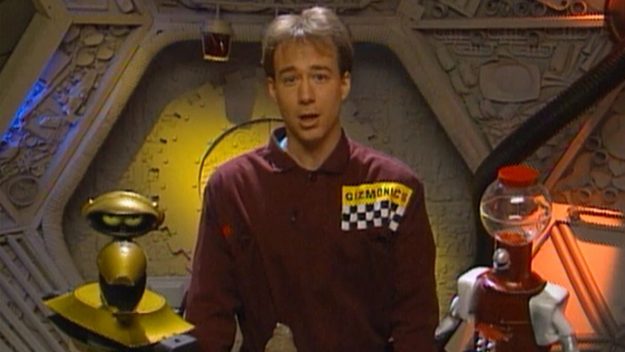 ‘Mystery Science Theater 3000‘ has seen changes in its cast on many occasions since it first started airing way back in 1988. However, the format of the series has always remained somewhat similar. The series is based on a character who is imprisoned within the confines of a spacecraft called Satellite of Love by a group of mad scientists. They make him watch B-grade movies, thinking that there will be one film which will drive him mad.

In order to spend his time, this subject develops some sentient robots which perform certain comedic skits with him as the movie plays. The first thing that is striking about this series is its brilliant sets. On top of that, the entire concept of ‘Mystery Science Theater 3000’ is unique and starkly different from everything else on television. 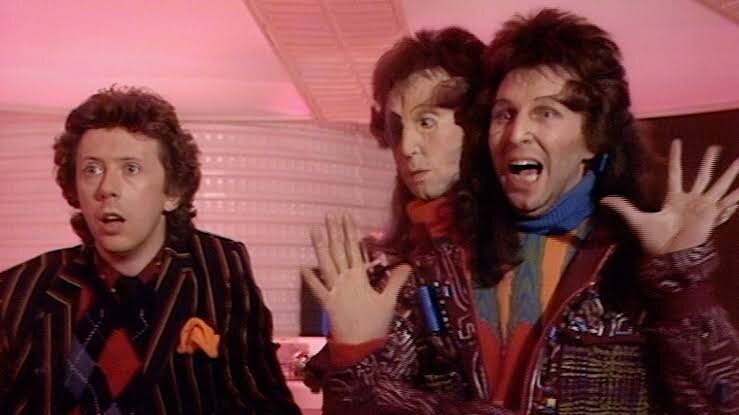 Based on Douglas Adams’ book of the same name, ‘The Hitchhiker’s Guide To The Galaxy’ centers around the numerous adventures of protagonist Arthur Dent and his friend Ford Prefect as they travel in space and come across several types of extraterrestrial beings. Divided across six episodes, we go along with these two characters in a crazy journey filled with fun, danger, fantasy, and the joys of adventure. 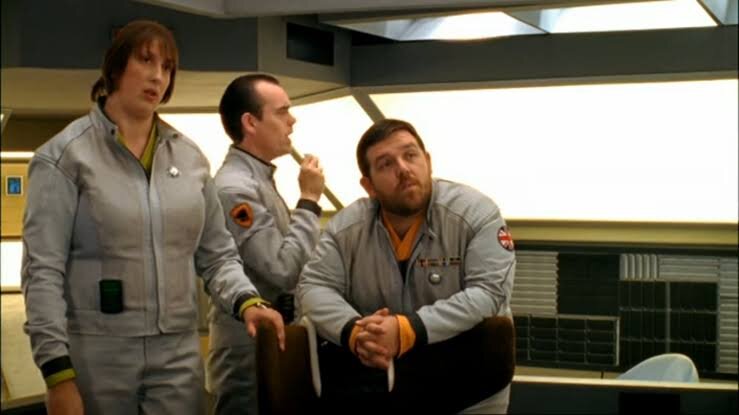 Set in the future, this science fiction sitcom talks about a time when interplanetary business is the new way to go. The series follows the adventures of a British spacecraft called HMS Camden Lock which is going around the world, asking alien countries to invest in British businesses or to set up their own businesses in Britain itself.

Throughout the length of the series, we get to meet a number of alien races. The best aspect of ‘Hyperdrive‘ is definitely its concept. Although the series is a comedy, we cannot deny the fact that had alien contact been possible, businesses would naturally become one of the chief ways of establishing interplanetary or intergalactic relationships.