The seventies can easily be considered as the golden age of cartoons. Ever since Disney decided to stride towards establishing a new medium of entertainment under the title of ‘animation’, the world has witnessed an outburst of cartoon films. From the introduction of ‘Mickey Mouse’ in 1928 to the widespread love for characters like ‘Peppa Pig’ in 2018, the cartoon industry has found its footing in the medium of entertainment. With cartoons flooding the TV, past few decades have seen the introductions of a cluster of characters who have in fact won the hearts of kids world-wide. Here is the list of top 70s cartoon TV shows that are unforgettable. You can watch some of these best 70s cartoon shows on Netflix, Hulu or Amazon Prime. 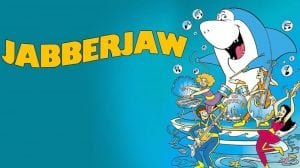 Here is a funny one from Hanna-Barbera’s ever imaginative quiver. Jabberjaw was not completely outlandish yet it was bizarre in its own way. Having a Shark who suffers from social acceptance issues playing the lead in the show, it brought fourth a world where an actual fish could be the lead drummer for a band. Yes that is where it becomes bizarre! Jabberjaw is a 15 foot, great white shark who plays drums in a band and lives in a futuristic sea-world. The story revolved around the team going to various underwater cities for performing and their confrontations with super villains while on the tour. The show is remembered for Jabberjaw’s iconic pet phrase out of lack of recognition, ‘I don’t get no respect !’. 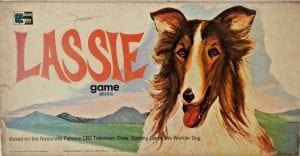 With the TV’s favorite dog leading the animated version of the show, ‘Lassie’s Rescue Rangers’ told the story of a group of loving animals protecting the forest from forces of destruction. Lassie was originally penned by Eric Knight who introduced her in a short story he wrote for his daughter. The canine became famous soon after, shooting her to fame when major studios decided to make films and TV shows on Lassie the Colie. The animation installment of Lassie was a later addition in Lassie’s journey as the world’s favorite show dog. 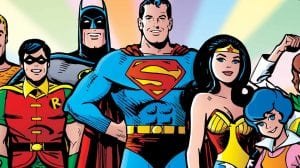 You may only be familiar with the dark and melancholic batman from Nolan’s pen, or an overly rigid, ever powerful Superman from Zack Snyder’s universe. Before all these live action renditions, these characters found their audience by appearing on TV every Saturday. Hanna-Barbera’s ‘Super Friends’ premiered in 1973 and went on to have more than a hundred heroic episodes. The animated series brought all the DC superheroes together and told their stories by hailing them as the apostles of good deeds and self-righteousness.

Before ‘Deadpool’ who upped the cool quotient in ‘crime’ there was the Aquaman, Batman, Superman and a strong cluster of other super heroes who fought the villains who wanted to take over the world. ‘Super Friends’ in fact laid the foundation and cemented the chemistry between millions of kids and their favorite superheroes, which, helped in building the genre of Super Hero movies to where it has reached today. 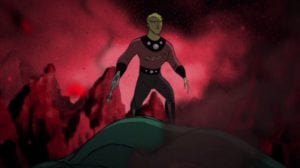 The space adventure comic turned animated series, unfolded the story of an adventurous space wanderer. Flash Gordon probably was the first fearless attempt from a comic strip to portray ‘space’ as its premise and intergalactic wars as its thriving field. Flash Gordon is layered with beautiful specks of imagination as the stories from the series inspired later trendsetters like Star Wars. With Flash and his friends trying to overthrow the tyrannical ruler Ming from the planet Mongo, the series was bundled with imagery of celestial worlds and surreal characters. 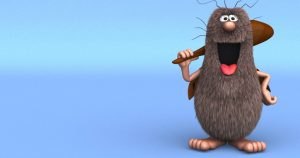 Animation is known for parodying live-action predecessors. As the name suggests ‘Captain Caveman and The Teen Angels’ was in fact originally conceived to parody the ‘Charlie’s Angels’ series. As you may have guessed, the most unorthodox combination of characters does make this show and its title a huge favorite among many from the 70’s. ‘Caveman’ sets the humor standard by being the hero with unnatural strength and the ability to mine out tools from his hair.

The story follows the captain and his girls as they fight crime, which sometimes comes across as a silly excuse for letting the captain burst out his iconic battle cry which goes like, ‘CAPTAIN CAAAVVVEEEMAAAAN!’. Even though the character does have ‘parody’ written all over him, caveman’s screen presence had the artistic weightage to transition as an unforgettable cartoon character. 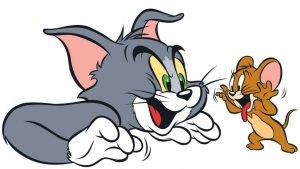 This entry cannot be called one of the ‘best’ cartoons of the 70’s, although the series being a follow up from the original Tom and Jerry which began in 1940, should be given special mention. The new Tom and jerry show focused on Tom and Jerry being the best of friends and travelling the world. Along the journey they confront new villains, come across tasks which makes them both of them furious and competitive and unlike the other versions, did not encourage routine characters from making an appearance. The show received wide spread reviews bashing it for not having enough slapstick humor. The critics, in this case also were furious because they did not get to see their favorite side characters like Butch, Topsy and Nibbles Mouse.

The renowned show which started out as an attempt to suppress competition became well known for its narrative intertwined with pop music. ‘Josie and the Pussycats’ had a girl team who through the course of the episode accidentally confronts lunatic villains and criminals leading to the most liked climactic gigs – the chase in the end with the pussy cat song. Though originally conceived to lock horns with the then favorite ‘Archies’ series, Josie and the Pussycats’ was thematically different from their competitors. Music was in fact an inevitable part of the plot in all the episodes making the show very different from the usual formats tried during the time. 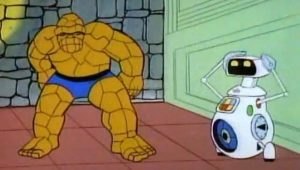 What many people might not know about this installment of fantastic four is the absence of human torch’ in the entire show. Yes, the role which Chris Evans played before proving himself as a better suit for captain America! Human torch was replaced by a character named ‘HERBIE’, a robot which came in to help the fantastic 4 (technically 3) and becomes a part of their team. The studio announced that the human torch could not be included because of a proposed single film (which never happened!)  for Human Torch while the popular rumor was that the studio was desperately caught up in the Star Wars influence, which basically necessitated the presence of a robot in every show produced then. 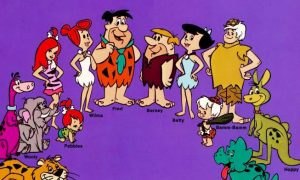 Succeeding the original series which ran from 1960 to 1966, Flintstones returned to TV screens with more characters and cultural references thrown into the stone age narrative that captivated audiences before the time of The Simpsons. The revival episodes of Flintstones had cross over segments where the Flintstones met characters from other TV shows. A show which set the premise during the stone age but carefully crafted a plot characteristic of the modern day was, in fact, pioneering a new genre of social satire that paved the way for the sprouting of shows like ‘The Simpsons’ and ‘Family Guy’.

The Flintstones also fascinated the audience with the casual manner of how its characters faced life, making a lasting connection with the audience who were craving for some celluloid freshness. The producers have mentioned that they were only days away from archiving the project since no one was ready to broadcast it up until ABC networks decided to try their hands on something new and as you know, the rest is history! 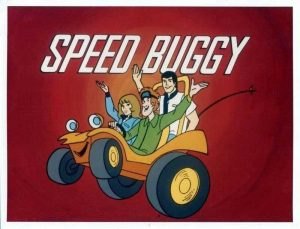 Before Lightning McQueen or Herbie, Before the shape-shifting Bumble Bee, there was Buggy, the anthropomorphic race car who solved crimes and lit the race tracks on fire! Speed Buggy was created by Hanna-Barbara, with its inspiration rooting from shows like Scooby – Doo and the 1968’s classic, – ‘Speed Racer’. Speed Buggy told the story of a race car and its teenage friends as they traveled around for racing events which set the premise for accidental confrontations with crime committing swindlers and mad villains. It was premiered in 1973 and aired for one season receiving positive critic accolades but was also looked down as a ‘copycat’ when it came to the formulaic approach it emulated from other shows of the time.

2. Dastardly and Muttley in Their Flying Machines (1970) 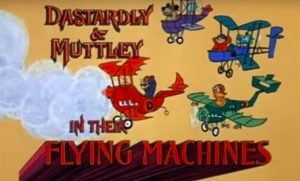 ‘Dick Dastardly and his sidekick Muttely, a show inspired from the British comedy films ‘Those magnificent men in their flying machines’ was a slapstick cartoon show much like the ‘Roadrunner show’. The show had the men trying to capture a pigeon from delivering messages. The plot had Dastardly planning various methods to catch the pigeon and ultimately failing miserably with one of the team members messing up. The tension between Dastardly and Muttley is what made the show enticing to watch with Muttley delivering his iconic wheezing laugh making the show and its characters unforgettable. 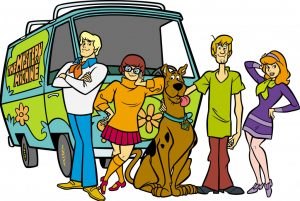 The show which started it all! After desperately looking for a hit show, producers Hanna- Barbara stumbled upon the story of 5 teenagers and a cowardly dog trying to solve mysteries. Scooby-Do set the standard for comedy-centric cartoon shows depicting a clear storyline which had all the ratios in balance. The show became an instant success with the audience wanting more and more of the clumsy Great Dane. Scooby Doo had the perfect premise to make its audience laugh and continued to renew the plot settings by introducing diabolic villains who seemed to have far-fetched plans. And like we all know, the villains usually end up revealing themselves to be a harmless inhabitant who succumbs to a life of disguise and crime in order to hide something or prevent something from happening.

The plot usually takes a turn with Scooby or his best buddy Shaggy meddling with the villain’s plans and accidentally preventing him from realizing his evil plans. Even though the studio later on added more characters to the show, Scooby-Doo and his cuddly funny nature and his love for his friends stamped him as the best dog character ever to have appeared on a cartoon show.