‘Gods of Egypt’ is a Waste of Time and Money 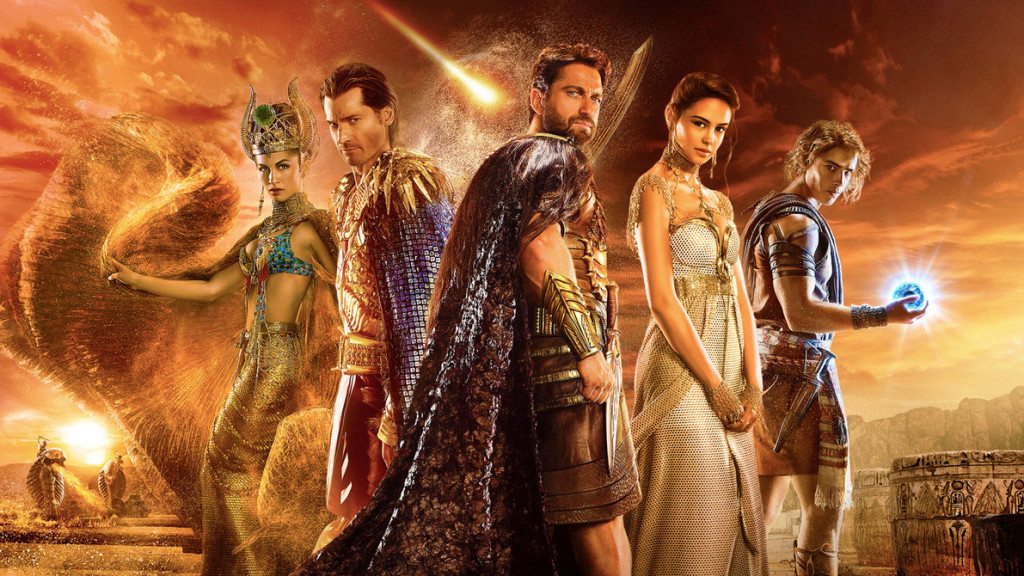 You can almost smell how bad this movie is as you walk into the theatre. Sniff hard and underneath the wonderful odor of popcorn will be this terrible stench that you might not recognize right away….but will soon.

There is not a single redeeming factor in Gods of Egypt, not a performance, the script, the direction, the art direction, costumes, sound, cinematography nor the visual effects, it is simply wretched from beginning to end, and every single aspect of the film is terrible. I cannot imagine how it was green lit to be made, nor why good people like Alex Proyas, Gerard Butler or Geoffrey Rush chose to be involved, what about the film could have possibly enticed them? Oh right. A pay cheque. Because they get paid whether the film sucks or not — and this sucks beyond belief. Money talks, and in this case screamed to them.

Let me clear and not pull a single punch.This is a steaming, stinking pile of waste, dreadful on a level I have not encountered for forty years destined to go down in the annals of film history as one of the worst experiences ever put on screen. The more than one hundred and forty million that was wasted on this mess, could have been spent on one hundred and forty smaller films costing one million each and I promise you at least ten of the them would be Academy Award worthy, unlike this. The closest this will come to an Oscar is being released the weekend of the Academy Awards….nothing more.

Egypt and its history is fascinating, one of the most interesting times in the history of mankind, and from time to time Hollywood has gotten it right (or at least entertaining) with decent movies. Cleopatra (1934) with Claudette Colbert, Cecil B. Demile’s lavish The Ten Commandments (1956) recreates ancient Egypt to perfection, while the huge remake of Cleopatra (1963) was huge with no soul.  A couple of years ago Ridley Scott tried to remake The Ten Commandments with something called Exodus – Gods and Kings (2013), which looked terrific, looked realistic, looked liked ancient Egypt must have looked, but again had no soul, no life.

HBO did a terrific job recreating Egypt in its mini-series Rome, especially in the depiction of Cleopatra and her abject terror of Rome without Caesar and Marc Antony.

Gods of Egypt? Where to start?

The story? OH I’m sorry, was there one??? I must have missed that.

The cities gleam as those they were forged of gold not the rock from the desert, and Gods are easy to spot because they are so much larger than we were mortals. Yep, they live among humans. The effects look like those out of video games, slick and perfect, too good to be true, and it got to be a bore so fast.

The acting is simply dreadful, some of the worst I have ever seen. Gerard Butler, seems to be a graduate of the Al Pacino School of Over Acting literally screams each and every piece of dialogue he has, the same thing he did in 300 (2007)…he is brutally bad. In fact I cannot remember much that he said because it came at top volume and I just shut him down, got tired of listening to him. Oscar winner, yes, I will say that again, Oscar winner Geoffrey Rush is marginally better, which means nothing considering how terrible Butler is, as Ra who claims not to care what happens in the human world and then meddles anyway. What is he doing here ? Is this really the best kind of script this fine actor is getting ?

People tell me I am lucky to be a film critic, and most days I agree. Truly I love my work and love movies with a passion I cannot describe. However on a day after seeing Gods of Egypt, I remind them what I had to endure, and the fact I will never get the time back I lost to watching this wretched piece of garbage. This film, I HATED..HATED ON A LEVEL I AM NOT SURE I CAN COMMUNICATE.