‘8½’: A Film That Makes Dreams Appear Truer Than Reality 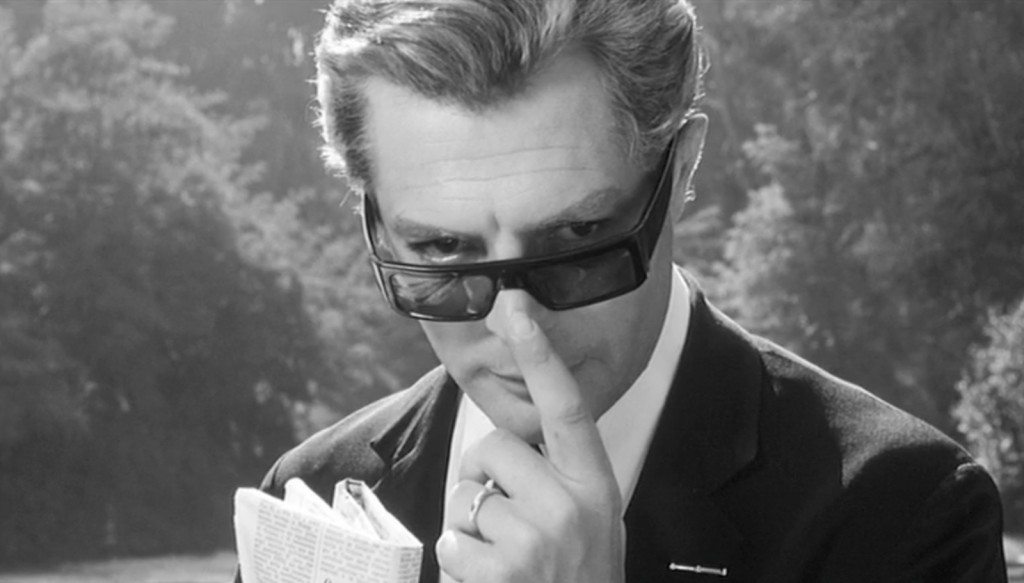 Well, how would you describe a film like ‘8½’ (1963)? Just in case inane categorization of movies doesn’t bother you, we might as well be tempted to label it as a comedy! But is it that simple? The answer is a plain no. It isn’t. This Italian masterpiece by Federico Fellini can’t ever be bracketed within stereotypical genres. As much as we understand Fellini’s intent to dumb it down for the common moviegoers and call it a comedy, the bare fact remains that the movie is akin to an ambiguous journey that compels us to think. When the whirlwind audio-visual trip ends, the question repeats itself in a rather ironical way.

To put it bluntly, ‘8½’ is a film about filmmaking itself and more specifically about the much dreaded ‘director’s block’. Known for its uniquely creative title and autobiographical references, it represents Fellini’s 8½th directorial venture. As simple as it sounds; the movie is a masterful juxtaposition of reality, imagination, memories and dreams. It marked a distinct departure from Fellini’s neorealist roots and is deeply contemplative in nature. The protagonist Guido Anselmi is a renowned Italian auteur who is stuck with a new science fiction venture. He is not being able to proceed with the film subject to myriad internal anxieties and severe shortage of inspiration. A majority of the film was shot at a lavish spa hotel in Rome. Guido is shown to have installed a rather expansive set for shooting the movie nearby. What follows thereafter in the movie is a shadowy interplay of realism and surrealism. Unable to move ahead with the project, Guido hires a critical writer who is dismissive of the proposed film.

One of the biggest criticisms pertaining to the movie is that it emphasizes more on images than on ideas. However, we believe that a movie should essentially focus on images for ideas are best expressed through writings. The beauty of the movie is in its ingrained confusion and in its intended ambiguity. In fact, this confusion very well punctuates the persona of the protagonist. In his world, dreams and reality coexist and he is failing pathetically to come to terms with it. In one of the scenes that serves as a metaphor for Shakespearean ‘The Comedy of Errors’, his estranged wife Luisa finds out about his mistress Carla. Guido in fact is in an eternal fix, not just about his impending film but about his relationships as well. On one hand, he seems to be in love with the sophisticated and intelligent Luisa with whom he has a communication bottleneck. On the other hand, the crass and uneducated Carla offends his tastes and sensibilities but invites his carnal instincts.

In one of the most legendary scenes in cinematic history, Guido imagines himself to be in charge of a house where he is served by all the women in his life, not just his wife and mistress but all those women with whom he wanted to have relationships at different points in time in his life. This stands in contrast with his childhood memory when he was punished by his strict Catholic school for dancing with a prostitute. The implicit sexuality and the tenacity for libidinous misadventures become rather clear through these memory statements. The dreams and memories could also be interpreted as the battle between purity and sensuality. In between, he has visions of the ‘perfect woman’ who soothes him and never asks any uncomfortable questions. However, when he meets her in reality, she is as shallow as the next person on the street. A look at any of the Fellini movies establishes his unique style of cinematography. ‘8½’ is no exception to that rule. At times, he makes his camera follow the background characters while the characters in the foreground come and go out of the frame. Another unique trait that marks his cinematography is his propensity to follow particular characters in the storyline. Very few directors have been able to make use of the cinematic frame as well as Fellini did. Although meticulously planned by the director himself, Gianni Di Venanzo actually did the cinematography for the film.

When one looks at the script; co-written by Fellini himself, Tullio Pinelli, Ennio Flaiano and Brunello Rondi; it becomes crystal clear that it serves the exact intended purpose. In fact, it won’t be injustice done if it were to be said that the script for ‘8½’ has to be one of the most well written ones in the history of filmmaking.

If we are to look at the movie from a little more critical perspective, we find that the movie deals with not only the creative enigma faced by the protagonist; it also is an allegorical representation of the dark human desires. The dreams and imagination paint the inner psyche of a man torn between his inclination to create a perfect piece of art and his personal tribulations. Truth be told, the movie is not so much a comedy as it is the visualization of human mind. The movie accomplishes much more than what it was originally supposed to be. Some critics lambasted the movie for its thematic and visual complexity. However, isn’t a movie supposed to make its viewers go beyond what is portrayed on screen?

Guido is misguided and he needs good suggestions. However, the suggestions don’t really take him anywhere. While the ending is bright when he reconciles to his present, the film could have been a little more realistic if his imaginary suicide towards the ending were to be true. However, the absence of realism or the abstract representation of realism is probably what the director aspired for. The movie ends with a parade in the style of a circus representing the mindset of the protagonist. Having been known for introducing baroque elements in cinema, the ending constitutes a true tribute to Fellini’s original style.

Marcello Mastroianni plays the role of Guido with gusto while Anouk Aimée and Sandra Milo enact the roles of Luisa and Carla with rare penchants. Claudia Cardinale playing herself in the role of the perfect woman is at her charming best. The movie rightfully succeeded in bagging a couple of Academy Awards, one in the category of Best Foreign Language Film and the other for the Best Costume Design. Additionally, it was also nominated in three (3) other categories – Best Director, Best Original Screenplay and Best Art Direction (black-and-white). The film was also ranked as the 10th best movie of all time by the Sight & Sound magazine.

It can be safely presumed that when the history of 20th-century cinema is rewritten, ‘8½’ will go down as one of those movies that reshaped the thinking of auteurs from all across the globe.