Cartoons have been an integral part of our childhood. We had our eyes glued to the screens praising the antics of a talking mouse and expressive cat or lauding the bravery of high school teens solving weird mysteries in haunted mansions. What people assume is that , animated films are only meant for children but these days animated films are gaining a fair share of significance in this industry and people of all age groups are taking delight in watching these films and shows.

“All our dreams can come true, if we have the courage to pursue them. It’s kind of fun to do the impossible. I only hope that we never lose sight of one thing — that it was all started by a mouse.” – Walt Disney

Walt Disney, a pioneer of the American animation industry, introduced several developments in the production of cartoons. He kickstarted his magnificent career with Mickey Mouse and would go on to build a legacy of some phenomenal films. Later on, we had huge American Animation houses like Hanna-Barberra (founded on 1957), Warner Brother animation (founded in 1980), Metro-Goldwyn-Mayer cartoon (founded on 1937) showering us with some classic cartoon shows  – Scooby Doo, Tom and Jerry, Flinstones, Jetsons and the list goes on.

Some of the iconic shows are long gone from television, while others have been modernized with advanced technology. There are still a rare few that still lives and rules our hearts and minds. Whether you like it old or you love it new, we cannot help but give you a trip of nostalgia. Below is the list of top 80s cartoon shows that you must have devoured in your growing up years and still refuse to part with. You can also find several of these best 80s cartoon shows on Netflix, Hulu or Amazon Prime. 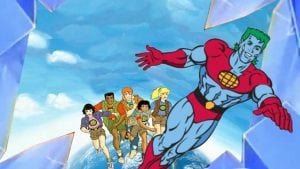 Captain Planet was the first of its kind ensuring daily dose of environmental education to kids. Captain Planet’s planeteers were derivatives of five elements of the earth: Fire, Earth, Wind, Water and Heart. Captain Planet is the hero that we need in today’s world considering the ever-growing pollution and it’s after effects as “”Captain Planet, he’s our hero, gonna take pollution down to zero“. 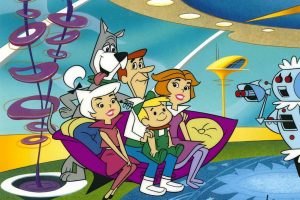 The Jetsons  originally aired in 1963 as had been one of the most treasured series back then. The animated show was produced by Hannah Barberra and due to it’s massive popularity, the show returned to television again with a new season after almost two decades. The show depicts the lifestyle of the Jetsons family, who lives in future. The show was a sharp contrast to Flinstones, which was based on stone age and more rustic in nature although the characters and the story type was almost the same yet both gained popularity on it’s own front. 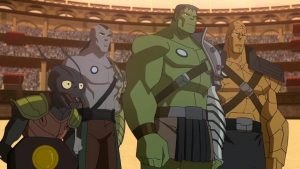 The incredible Hulk was a television series based on the Marvel comics character Hulk.  The incredible hulk tv series will always remain something very close to a Marvel fan’s heart because the narration of this series was done by Hulk co-creator Stan Lee. The plot involves Bruce Banner’s attempt to control his transformations into the Hulk. Hulk is an epitome of mammoth physical strength and the series had rightfully depicted his ventures. 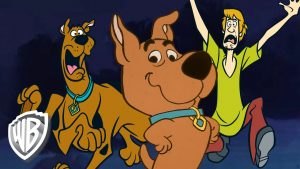 Scooby Doo probably needs no introduction. Shaggy, Fred, Dhapney, Velma and the mystery machine are no mystery to us. We have all grown up watching this cartoon, where the teens go on different adventures and solve mysteries where in the supernatural creatures turn out to be humans. In the Scooby and Scrappy Show, we were introduced to brand new madcap – Scrappy Doo, the nephew of Scooby who was stark opposite to him. This tiny creature ranted ‘ Puppy Power’ and radiated immense fortitude which was something unlike Scooby who would be scared out of wits most of the time. This show belonged to Scrappy Doo who was just not a remarkably crafted character but also much adored. 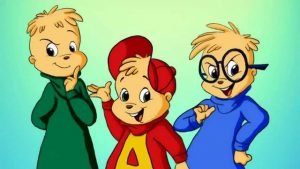 The Alvin and the Chipmunk was a musical animated series having chimpunks- Alivin, Simon and Theodore as the protagonists. The series is about three singing Chimpmunks and their adventure. The original television series aired on 1983 and due to the immense success of it the makers started working on a full length film which was later fashioned into – The Chimpmunk Adventure (1987). The story line is based on a competition between Chipmunk and the Chipettes and the events that follow. Not only the adborable characters but also their equally endearing voice is what you take back from the film. 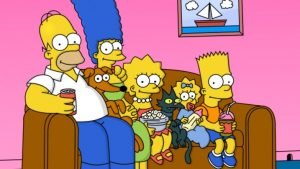 The Simpsons is a satirical animated sitcom. This animated series mainly targets the working class adults as their audience . The show is based upon a fictional town ‘Springfield’ and depicts stereotypical American Society. The Simpsons is the longest running sitcom  in U.S television. It started originally on 1989 and  still continues to run successfully without looking back. This is probably one animated series which people did not watch during their growing up years and that sets it apart from the rest of it’s kind. It has been a ground breaking feat for ‘The Simpsons’ to prove that cartoons are not only for kids. The raging popularity of this series suggests that there is no other like the Simpsons!

The Winnie the Pooh was inspired from A.A.Milne’s  Winnie the Pooh series. Winnie the Pooh is based on the life , friends and adventures of Pooh the bear. The titular characters are Piglet (a piglet), Tigger (the tiger), Rabbit, Owl and Christopher Robin. The stories are predominantly simple and ensures a moral lesson in the end. The series was originally designed for kids but enjoyed by both kids and adults alike. After all its hard to get over Pooh’s antics! 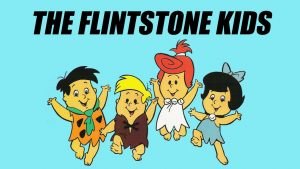 The Flinstone Kids was a spin-off series of the ,’the Flinstones’. This show premises on the childhood versions of Fred Flintstone, Barney Rubble, Wilma Slaghoople, Betty McBricker and Dino. This show contradicts the original show where Fred and Barney meet their wives Wilma and Betty as adults. Here all four are friends as kids and are ready to solve mysteries. 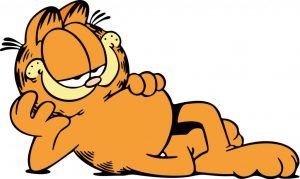 Garfield and friends was a television series based on the Comics ‘Garfield’ by Jim Davis. The cartoon series had 3 lead characters – Garfield, Odie and Jon Arbuckle. Garfield is a lazy cat whose sole purpose in life is just to eat and sleep  and he is friends with Odie the beagle. Jon Arbuckle is a cartoonist who pets Garfield and Odie. 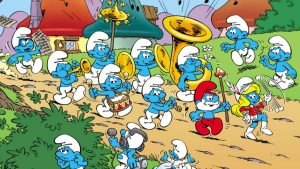 Blue body, white shorts, white hat and short tails – This series needs no introduction even today . The Smurfs has been a popular series since it’s inception and continues to rule hearts even till this day. The stories are short and simple mostly made for toddlers to savor. The Smurfs resembles each other to a great extent and are fashioned in way to seem cute. The Smurfs are magnanimous, good souls and represents and almost utopian culture. The Smurfs was the quintessential ‘goody-goody’ show meant for kids. 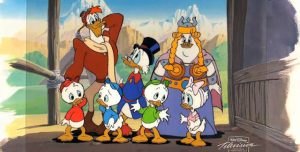 Ducktales was technically a spin-off series of the Mickey Mouse franchise. The story had Donald duck’s nephews and uncle as the titular character. Duck tales start when Donald duck decides to join the navy and decides to request his uncle Scrooge to look after his nephews – Hewey, Dewey and Louie. Initially Uncle Scoorge was skeptical about the idea of taking care of the three kids but eventually he changed  his mind. Uncle Scoorge had an immense wealth and the main adventures of three nephews mostly premised on protecting the wealth from potential loots. Hewey, Dewey and Louie were a menace to behold but their smartness added to it was the takeaway from this series. 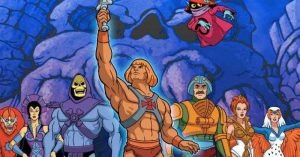 Back in the 80s, He-man was one of the most popular franchise in the U.S.  Though there were severe restrictions in the narrative scope of Children’s program, He-man still managed to perform a path breaking feat by introducing a muscular superhero who would hit and smash the bad guys for good. The story took place in a fictional planet called Eternia and the protagonist Prince Adam had the power of shape shift into He-Man whenever he held the ‘Sword of Power’. The series garnered immense appreciation and Mattel introduced the series inspired action figures in 1982. The series was followed by an spin-off series in 1990s: She-Ra: The princess of power and a sequel The new Adventures of He-man.