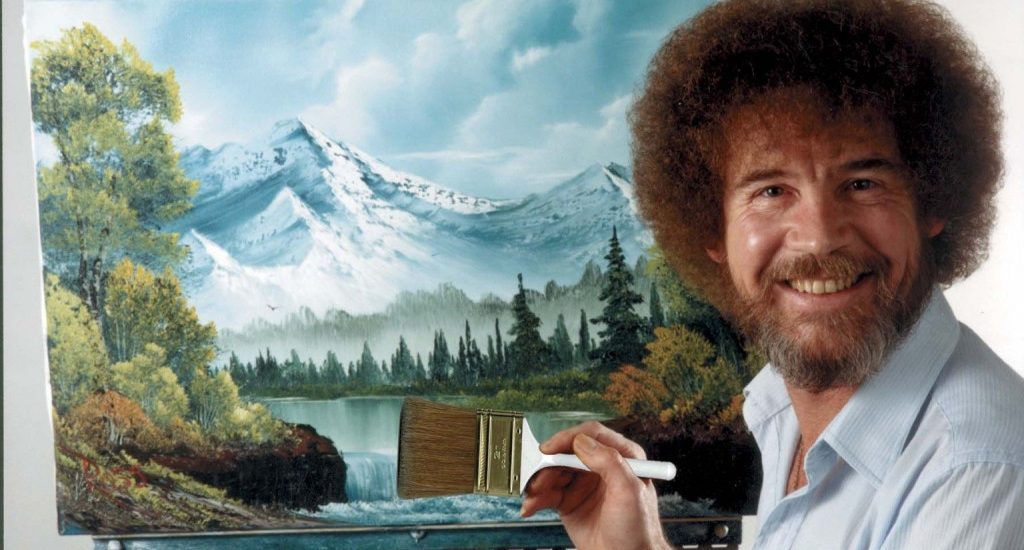 The 1980s was a very important decade in American television history. In this decade, the monopoly on what the American audience would watch shifted from the hands of the three companies — NBC, CBS, and ABC. This was made possible by the introduction of cable. Cable helped open the doors of television to numerous other channels and shows.

Many important events happened in American television during the late 70s and early 80s. Home Box Office or HBO got launched during this time, along with Cable News Network (CNN) in 1980. Rupert Murdoch also created the fourth television network, Fox. Moreover, Americans started spending more time in front of the television because VHS tapes were being used to watch movies on the television. Video games which could be played by connecting them to TVs became very popular during this time. The 1980s also saw the advent and popularity of the television remote, and it is said to have had a great impact on the way television content was consumed in America.

Police TV shows became very popular during the 1980s, and a whole bunch of such shows, now considered classics of the genre, were produced during this time. ‘The A-Team’, ‘Magnum PI’, and ’21 Jump Street’ are some of the most popular shows from this period. ’21 Jump Street’ gave America one of its biggest movie stars in Johnny Depp and when the series became popular, he was propelled to superstardom as a teen idol.

MTV, a channel that revolutionized American pop culture, debuted in 1981. The channel started with showing music videos and it is with their help that a number of famous bands and artists reached the zenith of their popularity. The successes of Madonna, Michael Jackson, Nirvana, Guns ‘N Roses, Motley Crue, and others can largely be credited to MTV. Naturally, music videos also became an important way of reaching out to a larger audience/listener. Here we have tried to establish why the 1980s was an important decade in television history, and if you want to explore some shows from the era, then you have come to the right place. Here’s the list of really good 80s shows on Netflix that are available to stream right now: 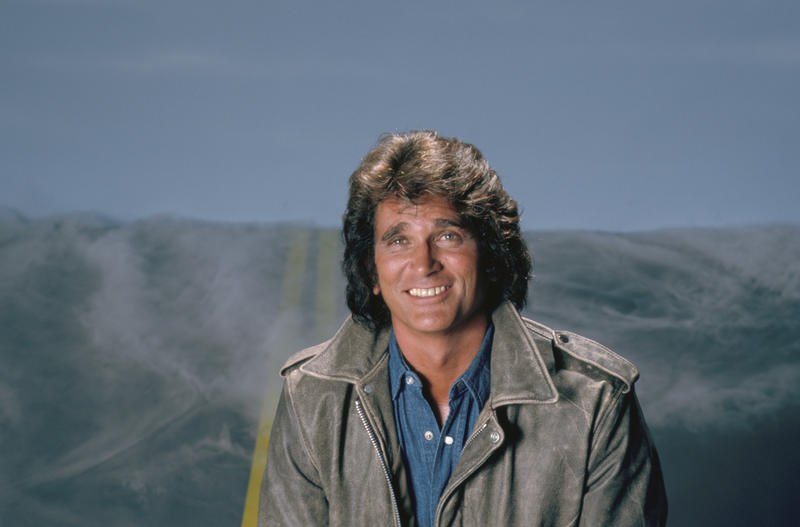 Michael Landon and Victor French star in this famous fantasy drama series which aired on NBC from 1984 to 1989. Landon plays the role of Johnathan Smith, an angel whom God has sent to the Earth on probation. French’s character is called Mark Gordon. Gordon is a police officer who meets Smith in the very first episode of the series. Naturally, Gordon doesn’t believe Smith’s claim of being an angel. But when he finds out the truth, Gordon joins Smith in trying to help humanity in whichever way possible. The two of them help people in grief and try to solve their problems. In each episode, Gordon and Smith appear in a different city, take on jobs as civil servants, and go around helping people in distress. An unseen character called ‘The Boss’ is present in the series, who is actually the personification of God. Besides aiming to entertain, the show includes important social messages in each of its episodes, speaking out against issues like racism or bigotry. 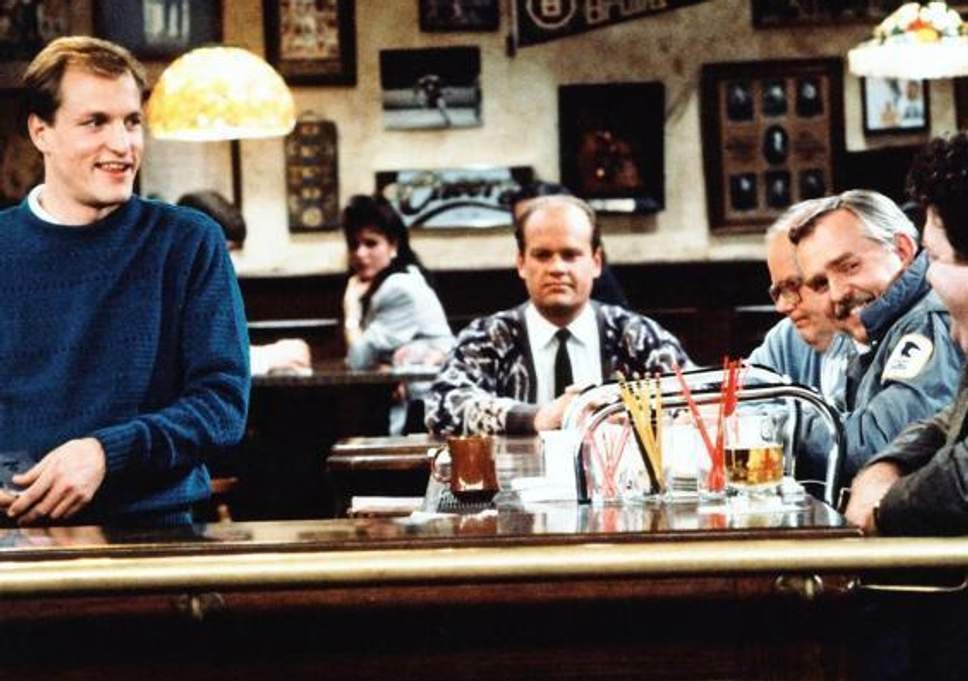 ‘Cheers’ is one of the most popular sitcoms ever on American television. The show ran for a total of 11 seasons on NBC, and even during its initial run, it became one of the most-watched television shows. The story of the show centers around a bar called Cheers, which is owned by the central protagonist Sam Malone. According to his backstory, Malone was a baseball player before opening the bar. His career was cut short by his developing alcoholism. Malone pursues a romantic relationship with the cocktail waitress of his bar, Diane Chambers, but their relationship never works out.

Chambers is an intelligent college graduate who took the job at Cheers after being abandoned by her fiancé. There are various other characters who are in some way associated with the bar as either customers or employees and their lives become the focus of the series. ‘Cheers’ has found a place in many lists of the greatest TV shows. One of the characters of ‘Cheers’, Frasier Crane, went on to become the subject of a spin-off, ‘Frasier’, another critically acclaimed series. Although a sitcom, ‘Cheers’ always aimed at exploring important social issues like alcoholism, homosexuality, and others, along with an undertone of social class consciousness. 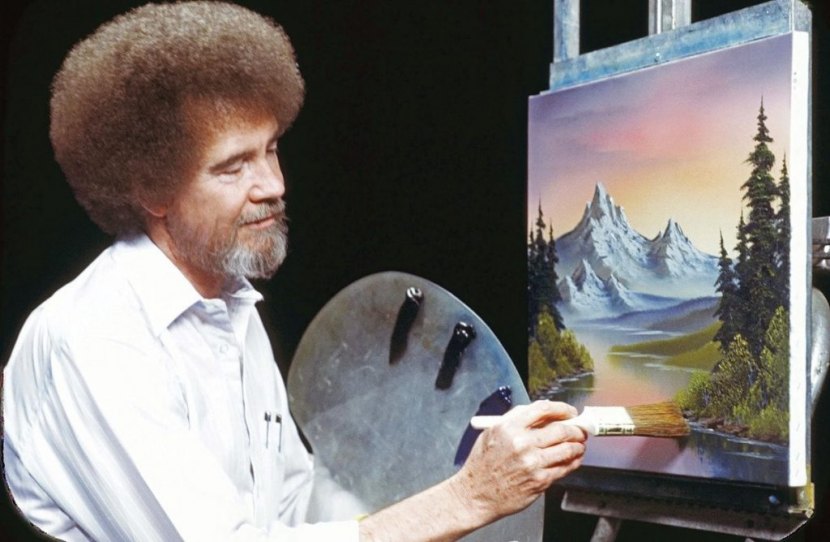 Painter Bob Ross hosted this famous television series from 1983 to 1994. His show was made as a sequel to ‘The Magic of Oil Painting’ hosted by Bill Alexander, a mentor of Ross himself. In ‘The Joy Of Painting’, Ross demonstrates to the audience the various techniques required to master the art of oil painting on the canvas. The format remains the same for each episode. It starts with Ross (or sometimes a guest) standing in front of a blank canvas and slowly painting beautiful landscapes on it while explaining to the viewers the techniques that are being used. The painting method used is known as ‘wet on wet painting’, where new colors are applied on yet-to-dry previous coats of paint to reach the desired effect.

Viewers also get to know about the proper brushes to use while painting particular objects. A two-camera method is used for filming each episode, with one camera covering a mid-shot of Ross as he paints and instructs, while another camera covers the painting in a close-up. The series was quite popular during its run and even managed to win three Emmy Awards. Interestingly, in the teaser trailer for ‘Deadpool 2’, we see Wade Wilson parodying Ross from the show. 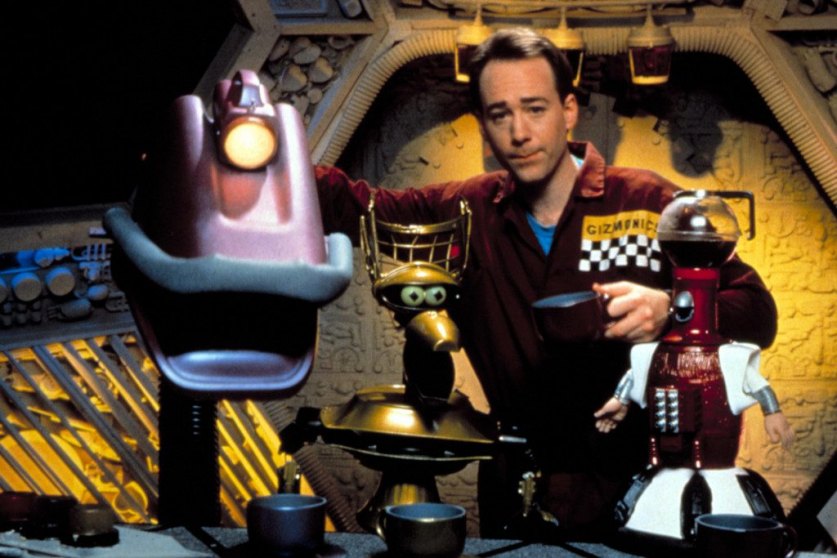 ‘Mystery Science Theatre 3000’ is an absurdist science fiction comedy which started airing in 1988. Joel Hodgson is the creator of the show and also served as its lead actor for a long period of time. The concept and presentation of ‘Mystery Science Theatre 3000’ is really unique. The lead character is called Joel Robinson, and he has been captured by a couple of mad scientists and made prisoner inside a spacecraft called The Satellite Of Love. These mad scientists are working on an experiment and they use Robinson as their subject. He is made to watch B-grade movies as part of a ploy the scientists are cooking up to take control of the earth.

Robinson, on getting bored staying alone in the ship, decides to build a few robots from the spare parts he finds around. These robots are sentient and are named Tom Servo, Crow T. Robot, and Gypsy. Robinson, along with the robots he has created, they watch the movies and hilariously comment on several aspects of the film. Each episode of the series runs for around 90 minutes. The show has been regarded as being among the greatest cult TV shows of all time. 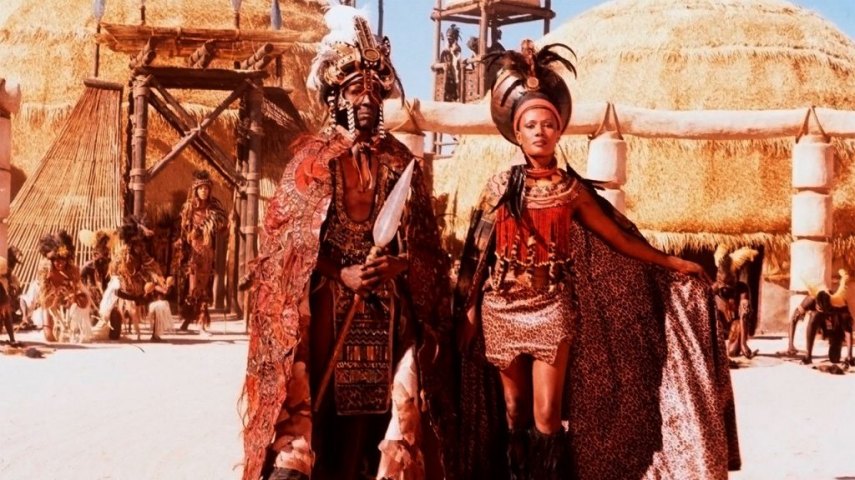 In our history lessons, we hardly get to know about rulers and cultures of Africa. Our knowledge of the continent and its people is severely restricted to certain stereotypes. Thus, a show like ‘Shaka Zulu’ becomes very important. This South African show documents the life of one of the most iconic African rulers, Shaka, of the Zulu tribe. The events of the show are mainly based on Shaka’s life and how he managed to make the Zulu empire into a culturally, militarily, and economically formidable consolidation. The events of his life have been gathered from the accounts of his engagements with British traders and explorers during his reign.

However, many critics have been vocal about the portrayal of black characters in the series. They say that the blacks are made to look like savages to provide a contrast to their civilized white counterparts. The portrayal of Shaka as sadistic and extremely violent in nature has also met with criticism, since he was a great innovator and reformer. Some believe that the South African government was responsible for such a portrayal as the apartheid was still going strong in that country when the series premiered. 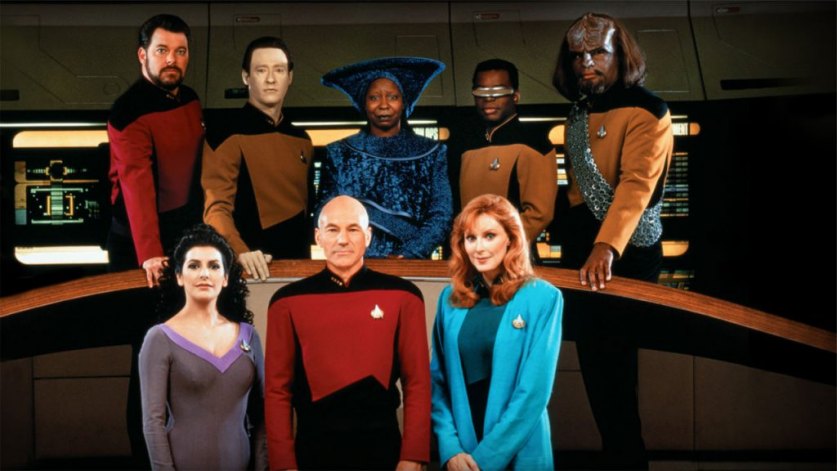 ‘Star Trek’ series creator Gene Roddenberry decided to take the series forward by a century after the events of the original series, and thus created this new show comprising of an entirely new cast. After ‘Star Trek: The Original Series’ and ‘Star Trek: The Animated Series’, a number of films were produced with the original cast members. In the new series, the character of Patrick Stewart as Captain Jean-Luc Picard was introduced as the commander of the new spacecraft called Enterprise D. ‘The Next Generation’ is set in the 24th century.

A total of seven seasons were produced with 178 episodes. Each episode begins with the statement, “Space: the final frontier. These are the voyages of the starship Enterprise. Its continuing mission: to explore strange new worlds, to seek out new life and new civilizations, to boldly go where no one has gone before.” The series is now considered to be one of the greatest cult shows of all time. The show has been honored with a total of 18 Emmy Awards, 2 Hugo Awards, and is the only syndicated series ever to be nominated for an Emmy in the category of ‘Best Drama Series’. Moreover, the popularity of the series saw its characters continuing their story in four feature films — ‘Star Trek Generations’ (1994), ‘Star Trek: First Contact’ (1996), ‘Star Trek: Insurrection’ (1998), and ‘Star Trek: Nemesis’ (2002).