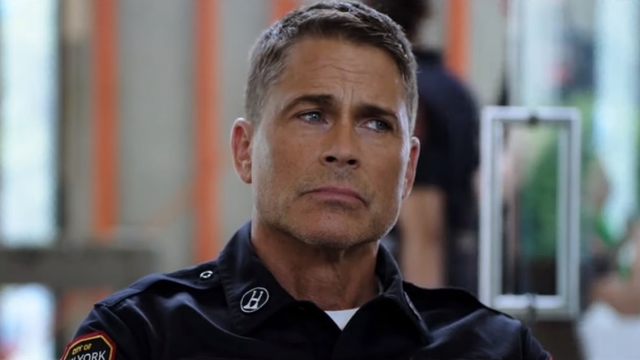 Ryan Murphy is one of the biggest names in the television industry today, having given us major shows like ‘American Horror Story‘, ‘Glee’, and ‘9-1-1‘. He is also the mind behind ‘9-1-1: Lone Star‘, a ‘9-1-1’ spin-off. Just like its predecessor, ‘9-1-1: Lone Star’ is a procedural series which deals with the exploits of a firefighter at his work. A Fox original production, the main attraction of the series is surely the star power that it boasts of, with Rob Lowe leading the cast.

‘9-1-1: Lone Star’ centers around the life of Owen Strand, a firefighter who leaves his life in New York City and moves to Austin along with his son. Owen realizes that life here will be different from what he experienced in New York and he needs to adjust accordingly. As the series progresses, we find him putting out fires, saving people’s lives, and also dealing with the several problems that his own life throws at him.

Although Austin is the place where Strand shifts to in the story, reports suggest that the Lone Star State is not the place where filming for the series has been carried out. Read on to know more about all the places where ‘9-1-1: Lone Star’ was filmed.

Most procedurals are filmed in one city, and that is usually the city where the story is set. However, Fox has confirmed that such is not the case when it comes to ‘9-1-1: Lone Star’. The city in which Lowe’s character Owen Strand moves to after his stint in New York is Austin, Texas. But most of the scenes set in Austin were actually filmed in Los Angeles. Considering the fact that Austin has fast risen as a major hub for production of many films and TV shows, it is surprising that a series which is explicitly set in the city is not filmed there. More on that later. First, New York!

The story of the series starts off in New York, and when it came to filming the parts of the story which are based in NYC, the producers decided to do so on in Manhattan. You can see Rob Lowe filming one of the scenes in New York below.

One of New York’s finest is getting out of town. The two-night PREMIERE EVENT of #911LoneStar begins January 19.

The Austin Chronicle reports that almost the entire series has been shot in Los Angeles. Fox has yet not made it clear why Austin was not chosen as the filming location, but one can presume that with Fox’s own headquarters being located in LA., it was only natural that the network would prefer to film on its home turf. Moreover, with Lowe and Tyler being busy actors, staying close to Hollywood is also a great help to them.

Reportedly, Pico Boulevard and Wall Street are two of the LA locations where a major portion of shooting was carried out.

Although majority of the filming was not done in Austin, some parts of the show, especially the exterior and panoramic shots, were filmed there. After all, it is impossible to pass off LA as Austin. It is common practice to fool audiences by showing some establishing shots of the city where the show is set and then move indoors to actually shoot the rest of the show someplace else. There is strong enough reason to believe that’s how ‘9-1-1: Lone Star’ was shot as well. Did you get fooled too?