9/11. The day that shook the most powerful nation in the world; the day that shattered a thousand dreams; the day that witnessed evil and humanity in equal measure. On September 11, 2001, 19 al-Qaeda terrorists hijacked four American passenger airliners and flew them into the Twin Towers and the Pentagon. A fourth plane was crashed on to an open field after passengers showed resistance and tried to regain control of the cockpit. It was an incident that changed America forever. Over the years, filmmakers from across the globe have tried to reconstruct the events on the celluloid. However, only a few have managed to capture the sheer pain and brutality of the events with reverence and honesty.

So we, at The Cinemaholic, have come up with a list of some of the top 9/11 movies ever made. It should also be noted that many of the entries on the list are documentaries and television movies, since we feel it’s not just the medium that matters here, but the subject and the approach. You can many of these best 9/11 movies on Netflix, Hulu or Amazon Prime. 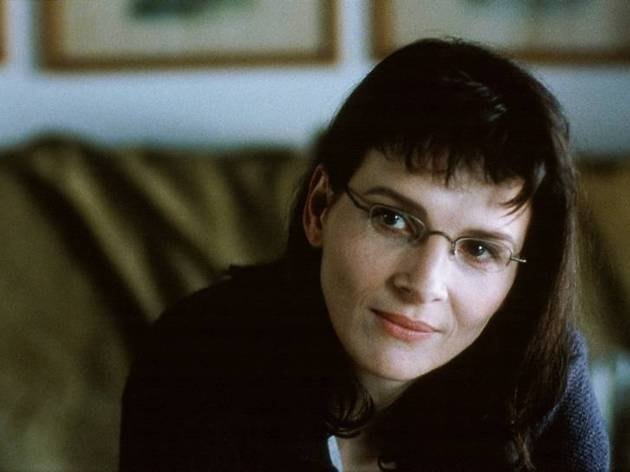 ‘A Few Days in September’ is perhaps the boldest 9/11 movie on the list. It may not have lived upto its potential, but it still comes off as an engrossing thriller that tries to look deep into the dark secrets of the US government. The film revolves around three individuals: a CIA agent with vital information about the impending attacks on the World Trade Center; a Frenchwoman, the CIA agent’s associate, and an assassin. With a very strong plot, the film displays high potential but it fails to push its ideas ahead and sometimes tries too hard, getting lost in its own ambitions. Nevertheless, it gets all the generic cinematic elements right, which makes for a thrilling experience. 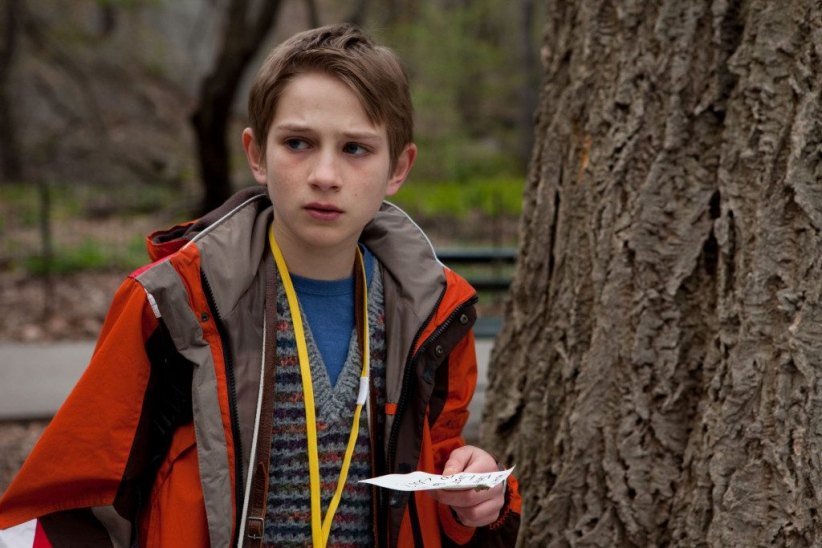 This might be a debatable choice because Stephen Daldry’s adaptation of ‘Extremely Loud and Incredibly Close’ was criticized for being overly manipulative and sentimental. And these are valid criticisms, to be honest.  Its cloying sentimentality is sure to annoy you if you are looking for a more thoughtful approach to the subject. However, I do feel it’s very well done in parts. Certain individual scenes stand out for its raw emotional impact; for instance, the scene where the kid receives messages from his father is quite an emotionally gripping moment in the film. The message may seem forced and in very much in-your-face, but I for one liked its flawed but genuine attempt at tackling the subject. 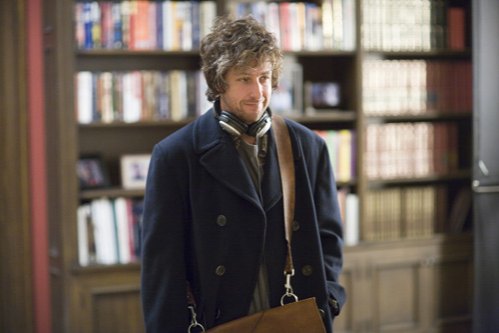 One of the more underrated 9/11 movies, ‘Reign Over Me’ tells a heartwarming story of a man, devastated after losing his family in the twin tower attacks, who meets his old college roommate and finds comfort and solace in his friendship. While clumsy at places, the film works well enough, mostly due to the performances of Sandler and Cheadle. There’s an endearing sense of warmth wrapped in the film, which makes for a very pleasant experience; and though its treatment of the subject is a bit too simplistic, it doesn’t go overboard with its intentions, and manages to keep things simple, well within its reach.  Adam Sandler, on a rare occasion, displays his acting prowess as he wonderfully manages to carry the film forward with a warm, heartfelt performance. 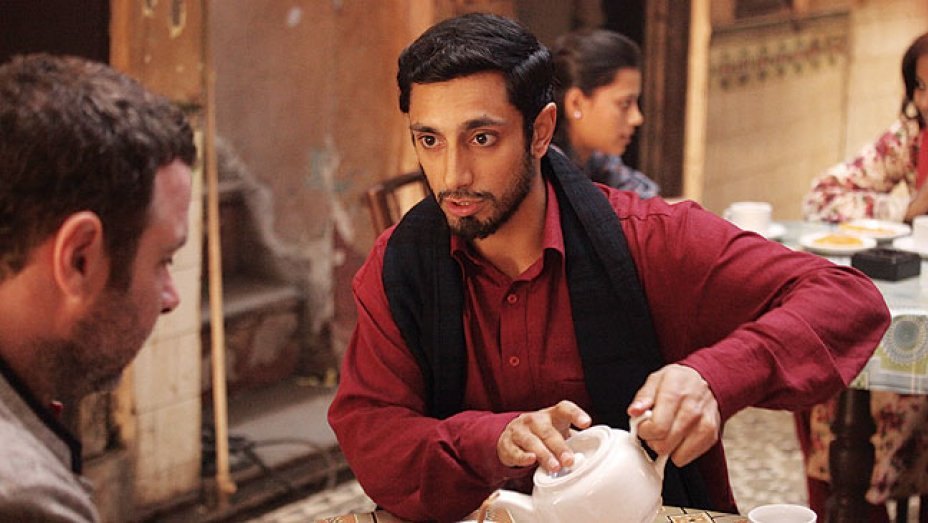 Meera Nair’s highly engrossing political thriller may not be the among the best known films in her oeuvre, but it sure is one of her most ambitious projects. The film tells the story of a young Pakistani man who tries to make it big in Wall Street but is torn between his religious beliefs and his desire to be successful in the American corporate world. Nair tries to tackle themes of racism, tolerance and humanitarianism but it’s painfully overdone in some parts, which is a shame considering how ambitious the film is. However, Riz Ahmed delivers a stunning performance, managing to salvage the film.

Arguably one of the best Indian movies ever made based on terrorism, Rensil D’Silva’s emotionally charged romantic thriller takes place in America, where a University professor named Ehsaan Khan falls in love with Avantika, an Indian woman. The couple soon get married but later, Avantika learns certain disturbing revelations regarding Ehsaan’s identity. It is revealed that Ehsaan is part of a terrorist group and is plotting an attack in the United States. While not technically a 9/11 movie, there are numerous cultural references to the attacks. The writing is neat, and D’Silva ensures that his viewers get a good grasp over the thematic and political aspects of the film without really trying to be preachy. Saif Ali Khan and Kareena Kapoor deliver brutally honest performances that make the film memorable. 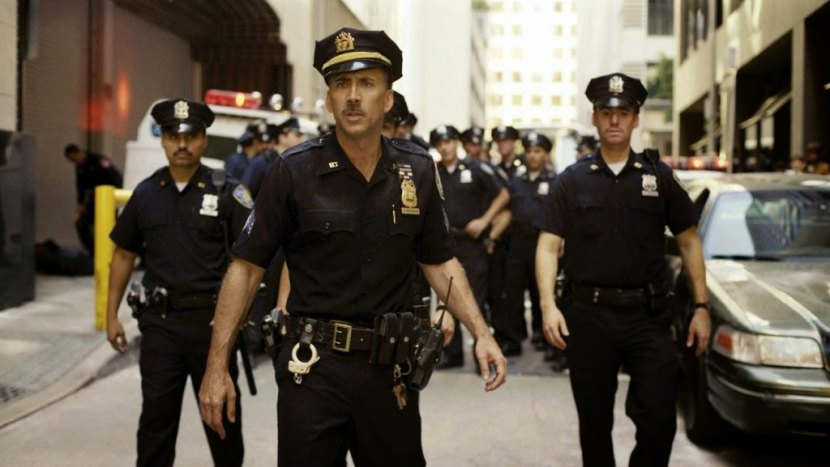 One of Oliver Stone’s better films, ‘World Trade Center’ tells the story of two policeman who arrive at the World Trade Center after the buildings were hit by two commercial airliners. As they try to rescue the victims, they end up being trapped in the rubble, and the rest of the film depicts their struggle to survive. Directed with such surprising finesse and class, Oliver Stone makes brilliant use of the visuals and lets the simplicity in the story drive the film. Apart from the tight execution of the story, the actors play out their roles with heartbreaking honesty. It may well be argued that it’s Stone’s boldest work, after JFK. 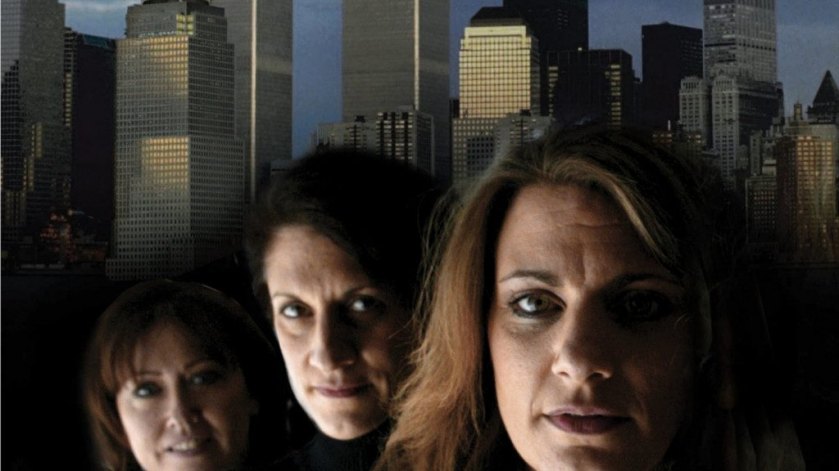 Ray Nowosielski takes a step further than most of the filmmakers and sets out to search for the truth. ‘Press for the truth’ is a documentary chronicling the September 11 attacks. It centers around three women, widows of the men who were killed in the attacks, who set out to search the truth behind the events unfolded on that fateful day. Nowosielski delves deeper into the darkest truths that leaders and politicians have turned their heads away from. It tries to confront them with questions that, to this day, remain unanswered. 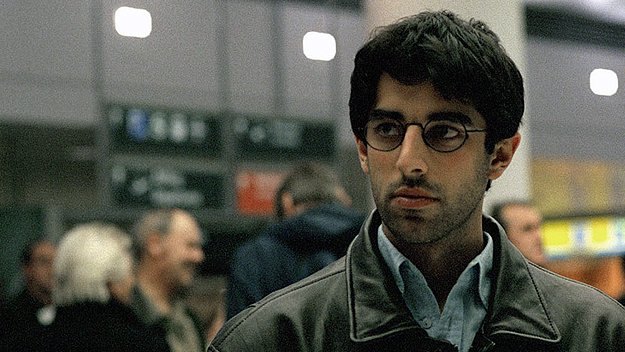 ‘The Hamburg Cell’ doesn’t really focus on the events of September 11, but focuses on the life of one of the terrorists involved in the attacks. The main story centers around Ziad Jarrah, the hijacker-pilot of United Airlines Flight 93. The film remains objective about its central character, which is one of its major strengths. It depicts the protagonist’s vulnerabilities, and explores the reasons why he chose to be part of the suicide mission. Antonia Bird’s approach here is pretty straightforward and honest, which makes for a compelling viewing despite the various technical constraints and limited budget. 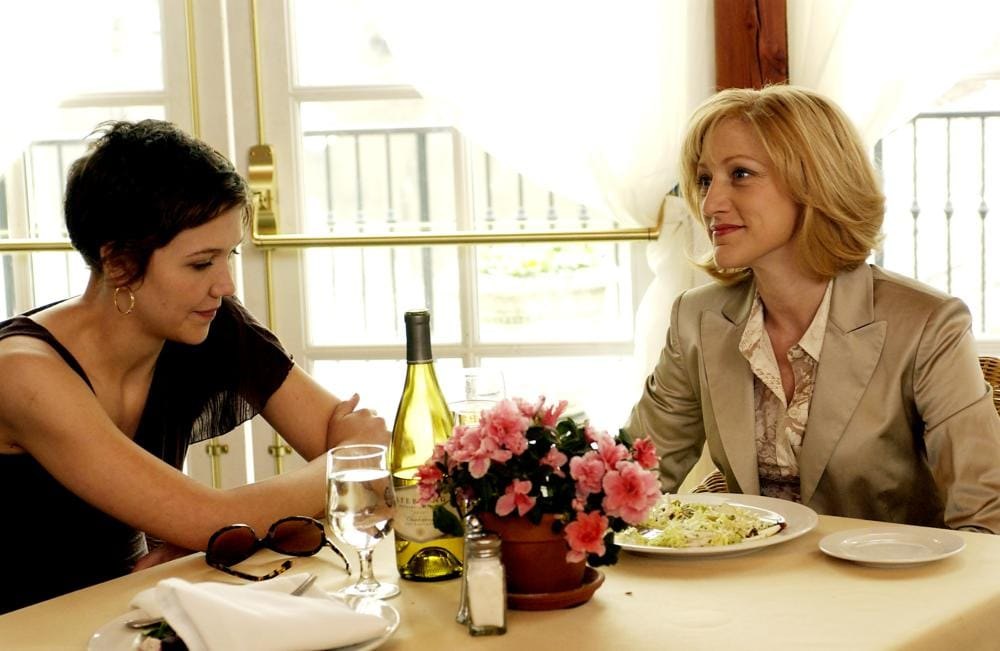 I saw this film as part of my research for this article, and it really was a pleasant experience. It’s a film that clearly understands its own ambitions, and what it wants to say, and never for once tends to resort to emotional manipulation. The film depicts the lives of several people living in New York post the September 11 attacks. It does not feature a ton of explicit 9/11 references, and focuses more on depicting the struggles of people trying to rebuild their lives and dreams a year after the attack that devastated the most powerful country in the world. The film also stars Indian actors Naseeruddin Shah and Sharat Saxena. 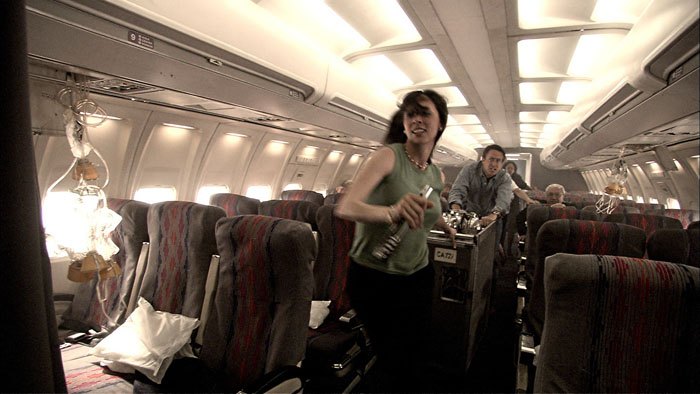 Arguably one of the best docudramas ever made on 9/11, ‘The Plane That Fought Back’, narrated by Kiefer Sutherland, chronicles the events that led to the hijacking of United Airlines Flight 93 and depicts the resistance displayed by its passengers, which eventually led to the plane crashing onto an open field. The film immaculately reconstructs the events with interviews from the passengers’ friends and family members, which the gives the film the required amount of authenticity. With a limited budget and various technical constraints, the film does an exceptional job at cinematizing one of the most destructive events in human history. 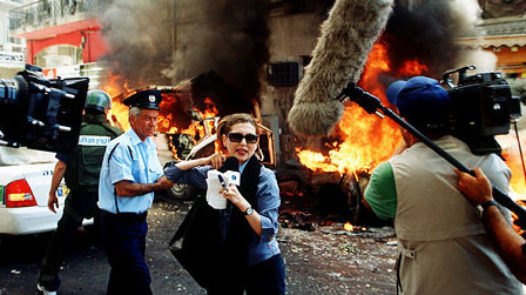 ’11’09″01 September 11′ was made 11 directors from 11 different countries. The film comprises of 11 different sections, each depicting the individual filmmakers’ vision of the events that forever changed America. The result is an absolutely harrowing experience that is sure to make you think about the various lives, directly or indirectly, affected by the dreadful events that unfolded on the day. I wouldn’t really get into the details of the film since it’s just the kind of the film that needs to be seen and experienced and then discussed. But of all the 9/11 movies, this one stands out with its unique narrative and the ability to bring in a more global perspective of the events. 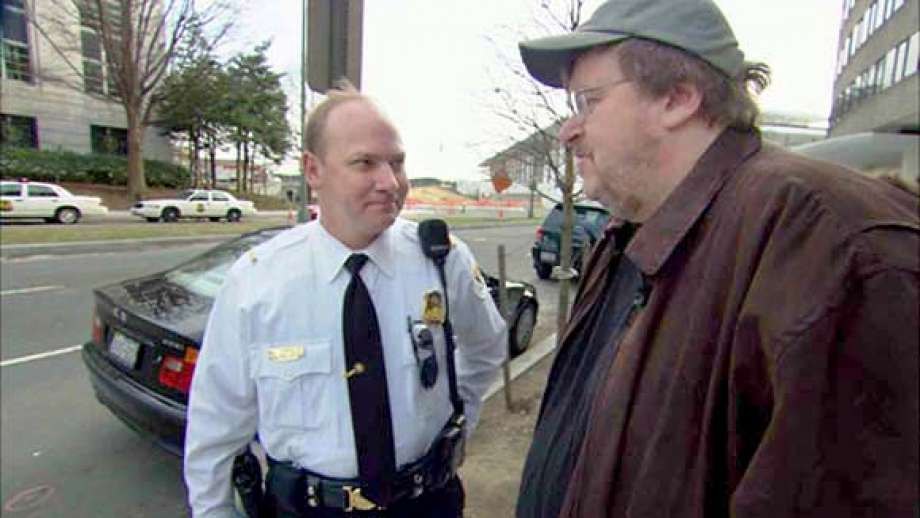 One of the most controversial movies ever made, ‘Fahrenheit 9/11’ is a satirical documentary that mocks the Bush regime and the War on Terror.  Loved and loathed in equal measure, the film was noted for its provocative approach to the subject and bold aesthetics. It manages to incorporate a bizarre, almost disturbing, biting sense of humor that lets you get a grasp over the subject. The way the film ridicules power and authority makes for an entertaining experience, while also provoking certain thoughts and questions that people have forgotten to ask. 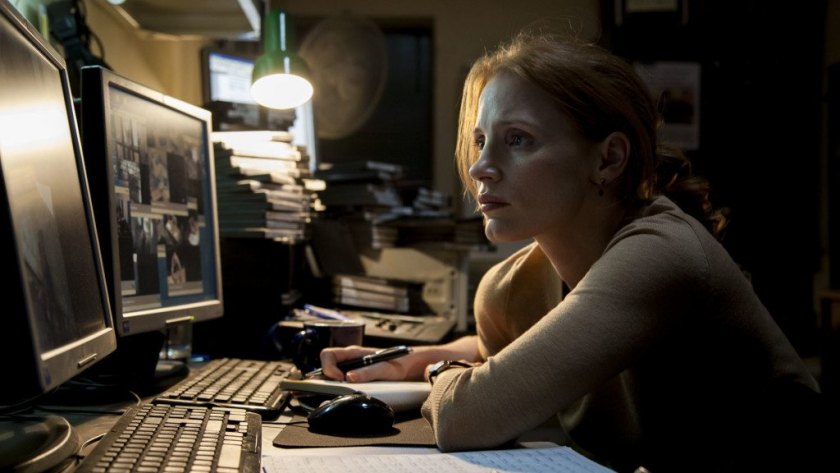 Arguably the greatest political thriller of the decade, ‘Zero Dark Thirty’ chronicles the American government’s efforts to capture the mastermind behind the Twin Tower attacks, Osama Bin Laden. Jessica Chastain stars as Maya, a young, highly efficient CIA intelligence analyst, who is shouldered with the task of finding the most notorious terrorist on the planet. Kathryn Bigelow’s meticulous attention to detail gives the film an air of authenticity that compels you right from its nerve-racking opening moments. While this may not technically qualify as a 9/11 movie, it still deserves its place on the list, considering how the death of Osama Bin Laden has provided justice to the numerous victims of 9/11. 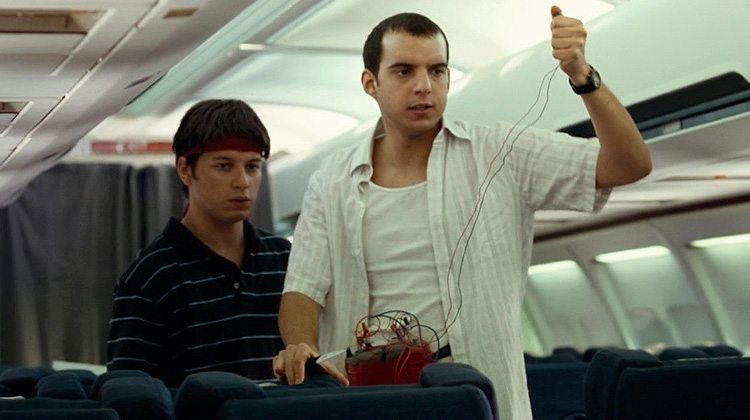 I re-watched ‘United 93′ a few days back, and with enormous amount of conviction, I could now say that it is the best 9/11 movie ever made. It’s technically stupendous, emotionally devastating, with some clinical directing from Paul Greengrass who never loses his control over the film. The film dramatizes the events aboard United Airlines Flight 93, one of the four planes that was hijacked as part of the September 11 attacks. The passengers of the flight managed to fight the terrorists and as they tried to regain control of the plane, it crashed into an open field, failing to hit its target. Respect for the truth is evident in Greengrass’ approach to the subject, and he strictly refrains from resorting to any sort of manipulative tricks. ‘United 93’ received immense praise from critics across the world, and was on the top 10 lists of numerous critics and film magazines.