Are Angela and Michael From ’90 Day Fiance’ Still Together? 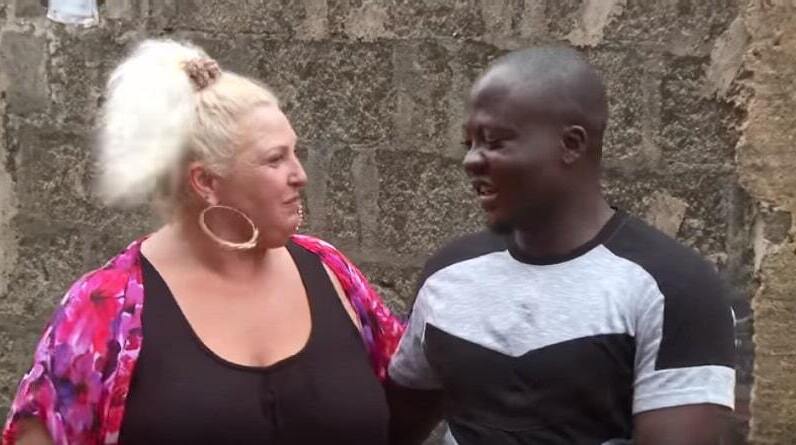 TLC’s ‘90 Day Fiance’ is a reality show that revolves around various couples who surpass the barriers of language, culture, and U.S. Immigration. One of the most memorable contestants on the seventh season of the show, Angela and Michael have already appeared on ‘90 Day Fiancé: Before the 90 Days’ seasons 2 and 3. The interracial couple has had the most tumultuous journey of the season with regards to Michael’s visa application.

Season 7 ends with Angela agreeing to marry the love of her life, Michael, in his hometown, in Nigeria. You must be wondering: Do they finally have a happy ending or give up and go their separate ways? Well, let’s find out!

Angela Deem (54) belongs to Hazlehurst, Georgia, while Michael Ilesanmi (34) is from Lagos, Nigeria. Angela met Michael on the social media platform, Facebook, and instantly fell for his charming personality. They got to know each other better over texts/calls, day and night for a few months. Her friends and family advised against pursuing her relationship with Michael, fearing he might be a scam/fraud. But Angela believed his mind and heart were in the right place and went to meet him anyway. However, she accused him of acting shady when it comes to his social media profile.

Michael’s friends called her “trashy” and “abusive,” while Angela’s friends referred to him as a con artist. Michael wanted to continue his lineage and expressed his desire to have a baby as soon as possible. And much to their dismay, the doctor revealed that Angela only has one egg, and therefore, she will hardly ever be able to carry a baby.

But this was just the tip of the iceberg. Michael’s visa got denied again, and Angela lost her mind over it and went on a rant on world television, accusing the flawed system of usurping her hard-earned tax money. After a lot of back and forth, Michael convinced Angela to marry him in Nigeria, and towards the end, we saw Angela agreeing to marry Michael in Nigeria, as a K-3 (spousal) visa seemed to make sense after facing multiple rejections by the authorities.

Are Angela and Michael Still Together?

Angela and Michael ultimately got married on January 27, 2020, in Nigeria. An elated Angela looked lovely in white lacey gown with off-shoulder straps, as a wedding dress, while her Nigerian husband wore a classic purple suit for their big day. Check out their wedding photos.

If you look closely, you can see the filming crew holding audio-booms. And since the wedding wasn’t a part of this season, everything points to the chances that the newly-weds might appear in another season of ’90 Day Fiance’ or its spin-off.

The marriage means that now the two can finally be together as Michael is now eligible to apply for a spousal visa. However, their wedding bliss was cut-short when Angela received the unfortunate news, that her mother passed away on February 8, 2020. Since Angela always wanted her mother to be a part of her wedding, we can imagine what a big blow this must have been for her.

However, the strong woman bounced back and celebrated her first Valentine’s Day with her husband Michael in full spirits. Here’s a picture that was posted on their joint account. The caption read, “You can’t blame gravity for falling in love. Happy Valentine’s Day! Everyone”

You can't blame gravity for falling in love. Happy Valentine's Day! Everyone ♥️💑😘💕

Check out the video of the two, grooving to a song by Tupac.