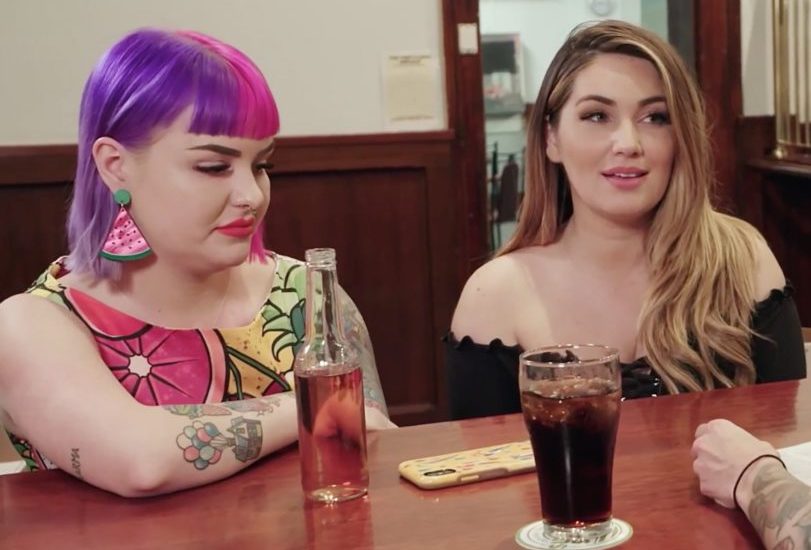 ’90 Day Fiance: Before The 90 Days’ is the second spin-off of the popular reality drama, ’90 Day Fiance’. As the name suggests, here the featured couples are shown to have already started a relationship online. However, instead of the foreign partner traveling to the US after getting the K1 visa, in this show, the situation is reversed. The American individual visits his/her other half in another country and attempts to decide if s/he should go ahead with the visa process at all.

Currently in the fourth season, ‘Before The 90 Days’ revolves around Ed and Rosemarie, Yolanda and Williams, Avery and Ash, Geoffrey and Varya, Lisa and Usman, Stephanie and Erika, David and Lana, and Darcey and Tom. Eight episodes in and we have seen the couples battle cultural differences, emotional turmoil, and personal differences as they decide if their journey ends here or surpasses borders.

Well, after many eventful moments, the reality drama is now all set to air its ninth episode. Now, if you wish to know the streaming and airing details of the upcoming episode, you can go through this article that tells the whens and hows of ’90 Day Fiance: Before The 90 Days’ season 4 episode 9.

Where to Watch 90 Day Fiance: Before The 90 Days Season 4 Episode 9 Online?

You can watch ‘90 Day Fiance: Before The 90 Days’ Season 4 Episode 9 if you have a cable connection, by tuning in to TLC at the above time slot. You can also watch the released episodes online by logging into TLC’s official website.

Episode 9 of ‘Before The 90 Days’ season 4 is titled ‘Should’ve Known Better’. While Usman requests his brother to convince his mother about his marriage to Lisa, Stephanie meets Erika’s friends in order to know her to-be (or not-to-be) spouse better. But this ends in an ugly confrontation. Avery is skeptical about Ash’s professional relationships and confronts him. On the other hand, Ash claims that he is now single and nobody has any right to question him.

David is all geared up to finally meet Lana. But it seems Lana will not appear once again! Yolanda updates Karra on Williams and the blackmail situation. Geoffrey meets Varya’s mother and conveys his feelings about the relationship. Varya also asks Geoffrey to disclose his past before her mum. Darcey concentrates more on what she actually wants from life.

In episode 8, Lisa and Usman buy a goat to gift the latter’s mother. Lisa is a bit surprised at the fact that the goat will be finally an item of consumption once it grows older. Meanwhile, Varya decides to give Geoffrey a tour of Siberia. However, Geoffrey is skeptical of revealing his past before Varya. Ed and Rosemarie prepare the home so that Ed can move in but Rose’s dad says that he will sleep in the same room.

Meanwhile, Stephanie prepares to leave for Port Augusta to meet Erika’s friends. But it is evident that Steph is definitely jealous of her girlfriend’s pals. David sets off to meet Lana after seven years of talking to her. Ash and Avery go on a crocodile cruise. But that does not stop Avery from asking questions. She still insists on meeting Ash’s ex-wife and son.

Tom contemplates his relationship with Darcey while the latter is completely in tears in her hotel room. On the other hand, Ed declares that he cannot spend another night in Rose’s house and leaves for the hotel. Later, he also makes a trip to the family pig farm and reconsiders his decision — having had a first-hand glimpse of Rose’s life in the Phillippines. Geoffrey reveals his past to Varya, who says she needs some space.

Well, that’s all for this week. See you again next week for another preview and recap session of ‘Before The 90 Days’!