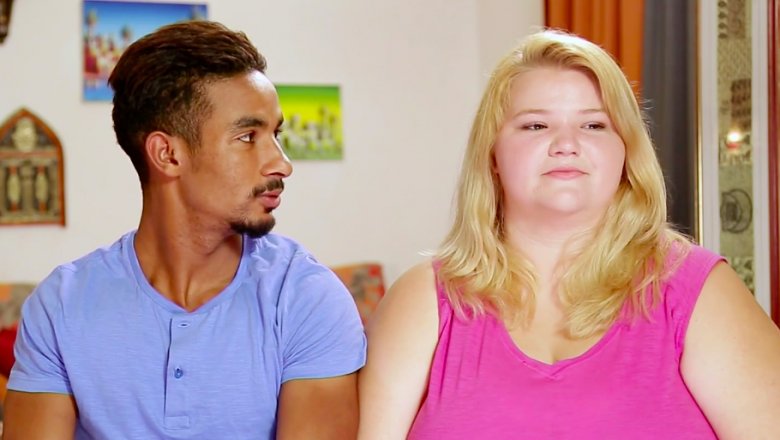 ’90 Day Fiance’ Season 7 finally returned after a short hiatus with its 10th episode on January 12, 2020. And the drama has only increased manifold. There are some surprising splits, wilder arguments, and crazy gifts to welcome the new year.

With the initially assigned time frame of 90 days quickly nearing its end, the couples are compelled to make decisions that could make or break their lives. After an eventful episode 10, fans are now excited to know about the next episode — since the show has come back in full swing. Well, let’s take you through where and how can you watch episode 11 of ’90 Day Fiance’ season 7.

90 Day Fiance Season 7 Episode 11 Release Date: When Will It Premiere?

You can also watch the released episodes online by logging into TLC’s official website. There are several other streaming options as well. You can catch the previous episodes of the series on Philo TV, Directv, Sling TV, Fubo TV, YouTube TV, Hulu, and Amazon Prime Video.

’90 Day Fiance’ season 7 episode 10 is titled ‘Choose Me’. The episode begins by following Angela back to Nigeria and again documents an excited Michael who is excited to kiss her after “an eternity.” Angela enquires about Michael’s visa interview and he admits that the visa was denied as he didn’t put enough stress on their engagement ceremony in Lagos. An infuriated Angela exclaims: “Put your goddamn pride down and let me help you!” In a later scene, she gifts him a customized clock that contains all their photos. Aah, and there’s also a thong that she has packed along!

Mike, Kyiv, and Natalie’s discussion is proof enough that his relationship with Natalie still shows signs of problems. Natalie reveals in a confessional when asked if she loves him that she believes they have a chance since he is a good guy. She further adds, “It will grow to love … It would be a lie from my side to say ‘I love him.'” This leaves Mike extremely angry and he leaves.

Juliana gets a bike for her 23rd birthday. Later, she meets up with Sarah over coffee and reveals some bits about her past, with Sarah becoming protective of the vulnerable Juliana. Mursel drops by Anna’s house to pick up his things since he is departing for Turkey, leaving behind a heartbroken Anna.

Blake, on the other hand, performs onstage wearing a ski mask, which Jasmin does not quite support. Jasmin tells her sister that she is not into rap music. Syngin reaches New York to pick up Tania, who is returning following her vacation in Costa Rica. They embrace at the airport. In Nigeria, Angela has problems adjusting to the local cuisine. Mike comes to Natalie’s house to pick up his luggage for his flight back home. Syngin and Tania fight over the former’s career choices.

Michael’s mother reaches to attend her son and Juliana’s wedding. Sarah and Juliana share some close moments while Anna drives Mursel to the airport, hoping that he would reconsider his decision. But he leaves.