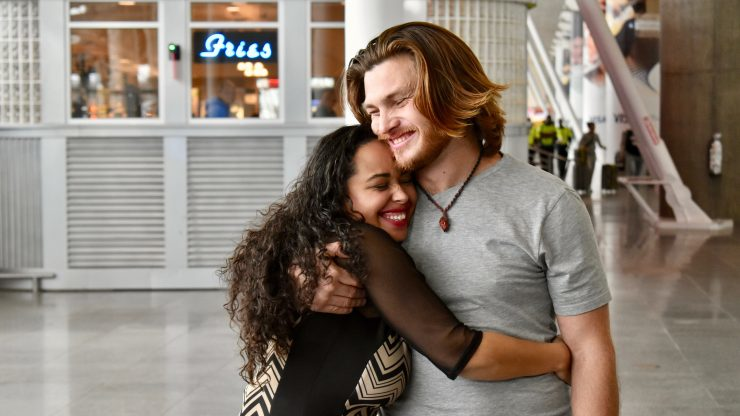 The seventh season of ’90 Day Fiance’ has been an eventful ride. Among the featured couples, some have tied the knot, others have already broken up, and the rest are still figuring out about what to do. But time is running out and the pairs need to reach a final decision – do they want to stay in the US after saying their vows or do they wish to pack their bags and go back home.

The season recently finished airing its 12th episode this week. Now, if you wish to know the streaming and airing details of the upcoming episode, you can go through this article that tells the whens and hows of ’90 Day Fiance’ season 7 episode 13.

90 Day Fiance Season 7 Episode 13 Release Date: When Will It Premiere?

You can also watch the released episodes online by logging into TLC’s official website. There are several other streaming options as well. You can live-stream the series on Philo TV, Directv, Sling TV, Fubo TV, or YouTube TV. Previous episodes are available on Hulu and for purchase on Amazon Prime Video.

Michael and Juliana’s wedding wraps up beautifully with the former’s wife accepting the union and his kids raising a toast to the nuptials. On the other hand, in Nigeria, Angela finally agrees to go for a Nigerian wedding so that she and Michael can then apply for a spousal visa.

Robert and Anny go shopping for bridal shoes, with Robert telling her that he is apologetic for his brother doubting her intentions. Syngin visits a South African friend named Jhaart, residing in Pennsylvania. Since he has only three more weeks to decide if he wants to marry Tania, he discusses his concerns with his friend. In a shocking revelation, it is unraveled that Tania’s first love was, in fact, Jhaart! Well, it seems their relationship is in trouble.

Jasmin and Blake are in the midst of their previous argument but still, they are gearing up for the upcoming wedlock. Sasha and Emily are also getting ready for their nuptials in Portland, Oregon. Emily’s sister Betsy arrives to help out her sibling. In a later scene, they finally tie the knot.

Anna and Mursel have already broken up, with the latter moving back to Turkey. But then the production crew gets a call from Mursel, saying that he wants to come back since his family now approves of the wedding. Well, that’s weird! This matter could be solved over a phone call, we guess. Moving on, it’s also revealed that they need to tie the knot in two days.

Mike discusses with an immigration lawyer about Natalie’s visa status and says that he is not yet sure if he should call it quits or give her another chance.

In the upcoming episode, we will see how Angela arranges for an American witness during her Nigerian wedding. Blake’s mom is still doubtful about Yasmin and Michael tells Sarah that he does not want to go ahead with a prenup for Juliana. Mike and Natalie are still confused and Anna needs to ensure that she marries Mursel before the deadline. It also seems like Robert may again get confused when he stands at the altar with Anny.