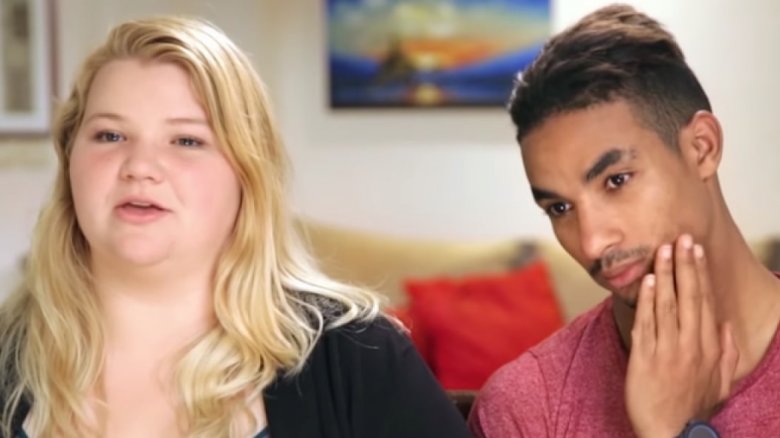 ’90 Day Fiance’, TLC’s epic reality series that has spawned multiple spinoffs to date, is all about love transcending borders. Couples fall in love but there’s only one issue — they live in different countries.

Hence, to meet their partners, the person who lives outside the US gets a visa, which is valid for 90 days. Within this span, the lovers need to decide whether they want to marry and settle in America or move part, back to their own country.

Season 7, which is running on TLC currently, introduces us to seven such couples — crazier than before and embarking on multiple wild journeys. It begins with each of the Americans awaiting the arrival of their loved ones. But the excitement also leaves space for doubts. They have not met their foreign partners in real life yet. Now, how will the meetings unfold? When family and friends pose harsh questions, they fall further into confusion and contemplate if real love truly exists.

We see Tania who is elated to meet Syngin for the first time at the airport. Anna meets Mursel and introduces him to her family, which ends in the revelation of a huge secret. Emily faces a complicated situation when she has to meet Sasha’s ex-wife. Juliana has issues in her visa interview, which might cancel her US trip.

Well, the problems have just started! While Tania and Syngin continue to disagree about their future plans, Anny is exasperated with Robert’s shopping plan. Anna doubts if she can live up to Mursel’s expectations and Emily goes into complicated labor. We also get to meet new couples, Mike and Natalie and Blake and Justin.

In Premature Departure, parts 1 and 2, Syngin needs to prepare to stay a month without Tania while Sasha is highly emotional when she thinks of leaving Russia. Things get more heated when Michael and Juliana need to seriously rethink their financial future after Juliana moves into his house. Again, Blake and Jasmine face a major crisis when their living conditions suddenly change drastically with no warning!

’90 Day Fiance’ Season 7 finished airing its seventh episode on December 15, 2019. So, what lies in store for these couples in the upcoming episode? Let’s take you through where and how can you watch episode 8 of ’90 Day Fiance’ season 7.

90 Day Fiance Season 7 Episode 8 Release Date: When Will It Premiere?

You can also watch the released episodes online by logging into TLC’s official website. There are several other streaming options as well. You can catch the previous episodes of the series on YouTube Premium, Hulu, and Amazon Prime Video.

Episode 7, titled, The Truth Shall Set You Free – Part 1, premiered on TLC on December 15, 2019. It follows the couples in their various journeys. For instance, Michael and Juliana have a detailed discussion about a potential prenup whereas Angela goes on a shopping spree to select the ideal wedding gown. Emily and Sasha arrive in America and Robert and Anny embark on a house-hunt. Mursel receives an ultimatum from Anna and Natalie obsesses over how to overcome her differences with Mike.

With the couples tackling some major life choices in episode 7, episode 8, titled, ‘The Truth Shall Set You Free – Part 2’, will continue to follow the pairs as they face many other life-changing decisions, with the partners coming up with more secrets and learning to accept one another with their flaws and strengths.