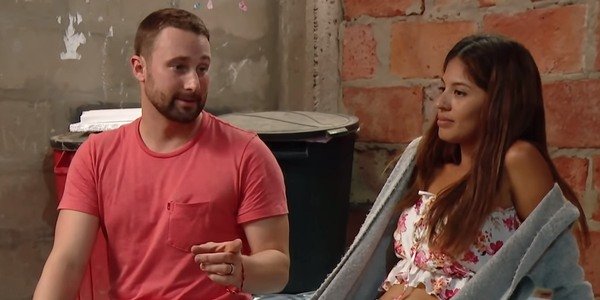 In the fourth episode of ’90 Day Fiance: What Now?’ season 4, we see the featured stars facing a bunch of new challenges. While Jesse’s relationship hits a roadblock, Tiffany and Ronald have contrasting opinions about raising their kids. Evelin and Raul have a secret meeting without Corey’s knowledge. Well, for the exact details of whatever happened this week, you can scroll down to our recap section. But before that, you can check out the release date and streaming options for the next episode.

‘90 Day Fiance: What Now?’ Season 4 Episode 5 will release on May 18, 2020, on TLC, at 10 pm ET/PT & 9 pm CT. It is titled ‘The Life I Want’. The official synopsis for the next episodes goes like this: “Anny has life-changing news to share with Robert; Rachel & Jon reunite after 7 months apart; Corey & Evelin make a decision about their relationship; Annie is unsure about David’s upcoming medical procedure; Tiffany & Ronald worry about their future.”

Where to Watch 90 Day Fiance: What Now? Season 4 Episode 5 Online?

You can watch ‘90 Day Fiance: What Now?’ Season 4 Episode 5 if you have a cable connection, by tuning in to TLC at the above time slot. You can also watch the released episodes online or on-demand by logging into TLC’s official website.

Jesse and Bianca, following their blind date, seem to be in a good place. She makes breakfast for him and the two decide to go on a day date. Tiffany and Ronald visit the zoo with the kids. Laura realizes that she cannot fix her relationship with Aladin. She visits a lawyer named Kelly Johnson. After reaching the legal office, she understands the complexity of things in Qatar. Kelly informs Laura that the latter has no rights in this country.

Rachel and Jon have not met for the last seven months. Corey and Evelin are also facing troubles in staying together. Corey decides to travel to Ecuador to be with her. Tiffany and Ronald have an argument regarding how and where to raise their kids. While Tiff does not wish to leave the US, Ronald demands that the whole fam lives with him. In the evening, Evelin meets Raul although Corey told her not to. She wants Corey to meet with Raul and make peace.

Jesse and Bianca go shopping. This is when Bianca makes a confession. She is moving to Israel and won’t be returning to NYC. Jesse is devastated. Jesse reverts by saying that he is going to Amsterdam for a month. He also explains that he does not wish to be involved in another long-distance relationship. On the other hand, Rachel is excited about traveling to be with Jon. She reaches the airport but things take a complicated turn when she discovers that there’s an issue with her daughter’s booking.