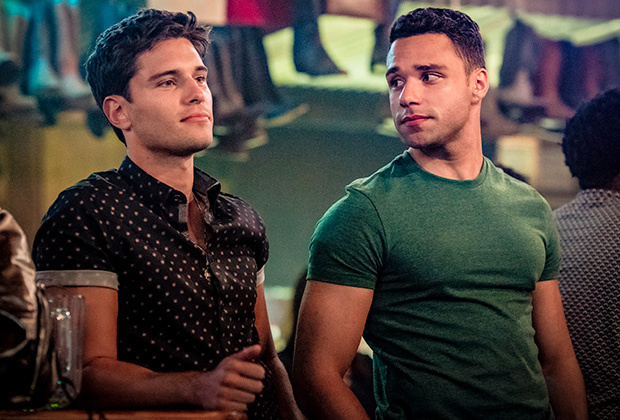 911 Lone Star, FOX’s all-new emergency procedural drama finally landed with its pilot on January 19, 2020, immediately followed by the episode ‘Yee-Haw’ on January 20, 2020. The action takes place in Austin, Texas, where a firefighting company is burnt to ashes after a catastrophic fire. Now, the entire responsibility of rebuilding the unit falls on Captain Owen Strand, in partnership with his gay firefighter son TK.

The season opens by introducing us to other members of the team and reveals that Strand is battling lung cancer while his son is addicted to opium. The 911 concept takes off in full force in ‘Yee-Haw’ when the team tackles a case of mercury poisoning and a gas leak – both of which lead to an escalated situation. While Strand attends therapy sessions to control his PTSD, TK gets involved in a sexual affair with Carlos.

Well, let’s take some time to process all of this in. Now, after a two-day premiere of two back-to-back episodes, let’s tell you that the next episode will arrive after a gap of a few days. If you want to know what the near future holds for the show, we have you covered. Read on to know the streaming details, tune-in times, and what to expect from ‘911 Lone Star’ season 1 episode 3.

After the two-day, back-to-back premiere, the series will move to its regular schedule of airing one episode every Monday at the same time slot. Each episode will be one-hour long in length.

You can watch the latest episodes at the same time they are released on FOX by tuning in to your tv screens with a cable subscription at the above time slot. The next option is to catch all the aired episodes on FOX’s official website.

Without cable, you can live-stream the series on Fox on your computer, phone, Roku, Fire TV, Apple TV or other streaming devices on the following subscription services: DirecTV, Sling TV, and Fubo TV. Additionally, previous episodes are available on Hulu.

Episode 3 will obviously continue to follow the team as they tackle more emergency situations. But the focus will be more on the personal growth of its characters. We will see Owen familiarizing himself with his new surroundings as he is still getting used to the changed locale.

Owen also needs to address his relationship dynamics – especially with his son. We know he is affectionate toward TK but it seems he is being too light while handling him. This conflict will be one of the central subplots in the third episode, i.e ‘Texas Proud’. And of course, we will also get to delve deeper into the season’s multiple supporting characters and their backstories.

You can check out the official synopsis for episode 3, which goes as follows: “Emergencies include an accident at a grain silo and a steak-eating contest, plus an unusual home intruder. Meanwhile, Judd calls out Owen’s’ preferential treatment of TK. Also, Marjan feels ostracized at her new mosque after another rescue video goes viral. Then, Owen helps Michelle uncover new information about her sister’s disappearance”.

You can also watch the sneak peek for the upcoming episode below: