More often than not, anime “spin-offs” just slip under the radar and go unnoticed because of how unnecessary they are. The main purpose of these is just to cash in a few extra bucks from the popularity of the main series. However, that’s not always the case. While it is indeed quite rare that a spin-off can manage to be as good as the original, if not better, every once in a while, anime shows ‘A Certain Scientific Railgun‘ defy this norm. Unlike the original series, ‘A Certain Scientific Index’, which has been adapted from light novels by Kamachi Kazuma, ‘A Certain Scientific Railgun’ or ‘Toaru Kagaku no Railgun T’ is based on a spinoff manga by Fuyukawa Motoi.

Like most fans, when it first premiered, I, too, was quite reluctant about watching it, but a few episodes in and my skepticism went right out of the window. ‘A Certain Scientific Railgun’ is two seasons down now and so far, it has been inventive, imaginative and its execution is far better than what most viewers had initially expected. So the big question here is: now that the series is entering one of its most intriguing arcs with its season 3, will it be able to reach its full potential?

The episode starts off by reinstating its main character, Misaka Mikoto, who, while walking to her school, runs into a few kids. The kids seem to be struggling to fix one of their toys and just like most other kids of the Academy City, they, too, possess supernatural abilities. However, they are not really able to fix the toy using their powers and that’s when Misaka offers them a helping hand. But as soon as she fixes the toy, she realizes that she’s running late for school again and bolts out of there.

Soon after this, Saten and Uihara go to the hospital to meet Shirai. Misaka ends up joining them later on and tells them how she is being approached for the presentation of the Athlete’s pledge at the opening ceremony of an upcoming festival. As always, Shirai, who has always been obsessed with Misaka, gets all fired up and excited about her being chosen. In the scenes that follow, Shokuho Misaki, the fifth-ranked Esper, tries to ridicule Misaka after discovering that she is being considered for the Athlete’s pledge. In the meantime, fourth-ranked Mugino and rank one “Accelerator” are also approached for the role, but they unanimously disagree.

Later on, while Misaka ends up meeting one of her clones, Uihara gets caught up in a battle between two cheer squads. This is when Sogita Gunha, the current seventh-ranked Esper, breaks in and saves the day. In the final moments of the episode, it is revealed that only Sogita and Shokuho are chosen of the Athlete’s pledge. 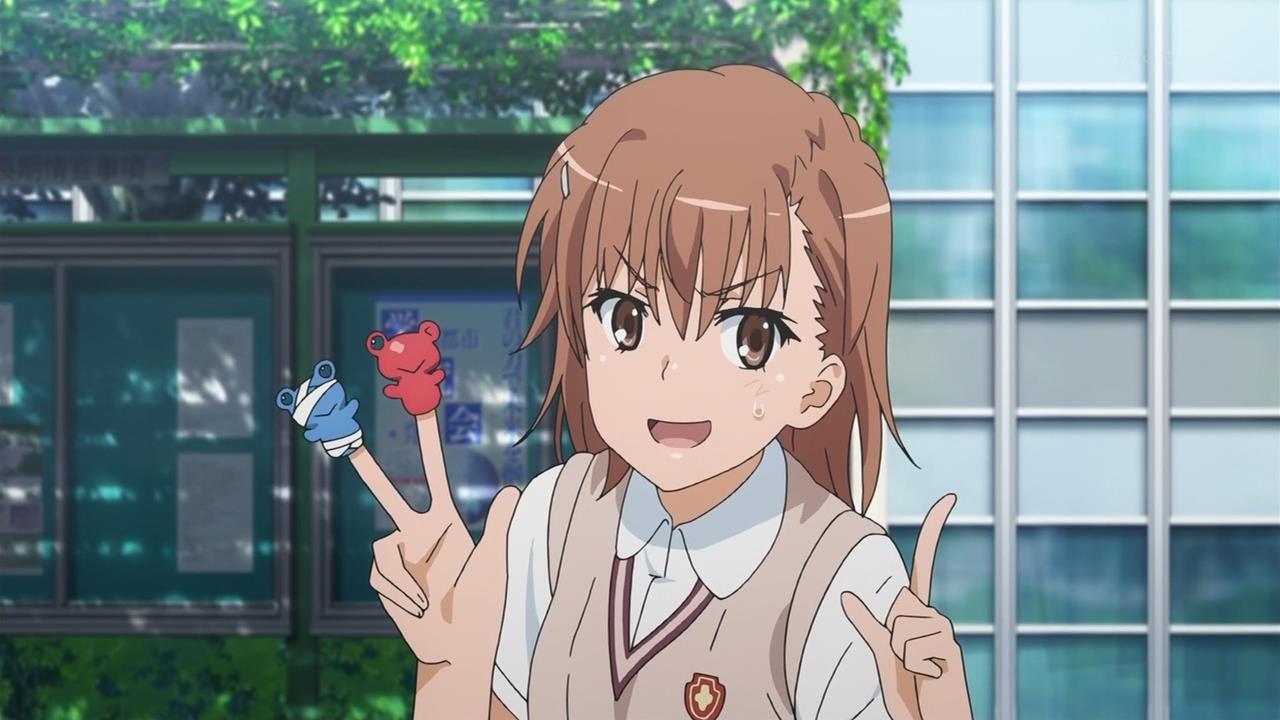 Episode one kicks off with an insanely good opening that reintroduces all the characters whilst setting up the stage for what lies ahead in this story arc. From the looks of its, since Kuroko is now at the hospital, this season probably places itself somewhere between the events of ‘Index Season 2’. Kuroko is seemingly in the hospital now after the events of her involvement in the battle against Musujime Awaki.

While this setting seems a bit too condensed as it is narrowly being stuffed into the timeline of ‘Index II’, it does open up a lot of room for characters like Shokuhou Misaki, the cunning blonde bombshell, and of course, Sogita, who makes his appearance with an epic superhero landing. Misaka, Saten, Uihara, and Shirai are as cute as they used to be and on the other end, Accelerator, Mugino, and Kakine are as insanely badass as I can remember. Accelerator, as one would expect, is just ruthless and shows no mercy towards the Agent who tries to convince him to be a part of the athlete’s pledge.

From an animation standpoint, though it is a bit too soon to comment on it, it is crisp, beautiful and draws you in with its spellbinding fight choreography. Hopefully, J.C Staff will keep it consistent throughout the season. Like always, it seems like ‘Railgun’ will be seemingly meandering from its overarching plot and will present each episode as a stand-alone. While most of its elements may not have any real bearing to the grand scheme of things, by the end of this season, we can expect all of it to fit together. Overall, for an anime that has been anticipated for too long now, there couldn’t have been a better pilot. Let’s hope that the entire season will be as amazing as it promises to be.