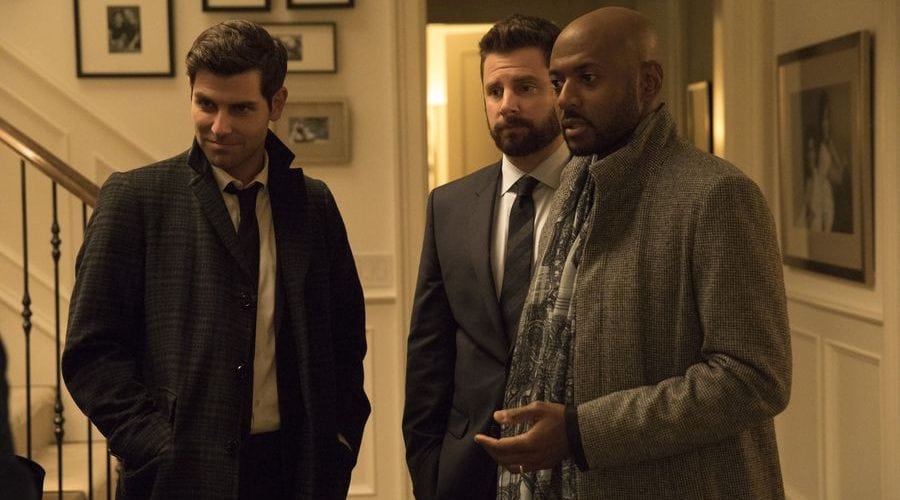 ‘A Million Little Things’ is an American family drama television series that focuses on friendship. Created by D. J. Nash, the series airs on ABC.  The series first premiered on September 26, 2018.

The show focuses on a group of friends who are motivated to lead fuller lives after one of their close friends meet with an unexpected death. We rarely value life when we have it. Thus we go through every day complaining about the drudgery of existence, rarely valuing the relationships of friends and family around us. It is only the jarring aspect of the death of someone close that can knock some sense into us and make us open our eyes and begin to live life to the fullest. This is what happens to the group of friends on ‘A Million Little Things’ and the show probably hints at all the small pleasures that make life worth living.

With such wholesome content coming at a time when most of the present generation is slipping into depression, the show has obviously drawn a fair number of fans. Critics have been a little reserved in their praise, saying, “Despite a decent ensemble and a few intriguing elements, A Million Little Things breaks under the weight of its own emotionally lofty ambitions”.

‘A Million Little Things’ Season 2 premiered on September 26, 2019. After airing for 9 episodes, the show went on a mid-season break — as it always does — on November 21, 2019. The good news is that fans won’t have to wait for long for the show to come back on the tv screens. ‘A Million Little Things’ Season 2 episode 10 will release on January 23, 2020. You can watch it on ABC.

As far as the future of the show goes, fans should know that the show has been a consistent performer for ABC. Given this fact, the network is unlikely to pull the plug on the show, and it would not be wrong to expect more seasons in future.

A Million Little Things Cast: Who is in it?

The star of the show is David Giuntoli who plays Eddie and is a music teacher and stay-at-home dad. Eddie is facing some marital problems. Ron Livingston is the next billed star, who plays Jon Dixon. He is a successful businessman who commits suicide to the surprise of all. Romany Malco comes in as Rome. His ambition is to achieve something great in his life. To add to the ensemble of the stars is Allison Miller as Maggie, a therapist.

Then there is Christina Moses as Regina Howard. She is a chef who wants to open her own restaurant. Others include Christina Ochoa as Ashley, James Roday as Gary, StéphanieSzostak as Delilah, Lizzy Greene as Sophie Dixon, and Grace Park as Katherine. In the pilot of the series, Katherine was played by Anne Son. She left the series for reasons unknown.

A Million Little Things Plot: What is it about?

The show focuses on a group of friends that lives in Boston. Their friendship is an accidental relationship that forms a deep bond due to the circumstances. While some of them are successful in their careers, the others are struggling to make it. A few of them are also dealing with relationship issues. The common factor is that none of them is happy with how their life is panning out. It is their unity that gives them solace. It was when life took a drastic turn, and one of them dies unexpectedly that each introspects and comes to the conclusion that they should live a little before it is too late.

The makers of the show described it as something which is being in the tone of ‘The Big Chill’. It was the creator, Nash, who came up with the theme for the series after his single-camera comedy pilot ‘Losing It’. He said that sometimes in comedy, one has to apologize for inculcating drama, and that is what makes him so thrilled to see ABC’s passion for a series that has comedy.

The Hollywood Reporter aptly sums the series up, saying, “I highly doubt D.J. Nash wrote his new ABC drama, ‘A Million Little Things’, as an attempt to capitalize on the success of ‘This Is Us‘, but I don’t doubt that ABC saw the allure of chasing the pot of golden Kleenex at the end of the rainbow, because if there’s one thing network TV is good at, it’s misinterpreted imitation. And while I even more highly doubt that Nash, who boasts a comedy-heavy résumé, intended for ‘A Million Little Things’ to be a show primarily about death, that’s the sentiment that comes through most strongly after three episodes sent to critics. A very good cast and a steady vein of humor keep ‘A Million Little Things’ watchable, while the fetishizing of death and a failure to generate consistent complementary emotions keep it from rising above a well-intentioned slog, a derivative Thirty something Reasons Why.”