A Moving Romance: Cast and Guide to Filming Locations 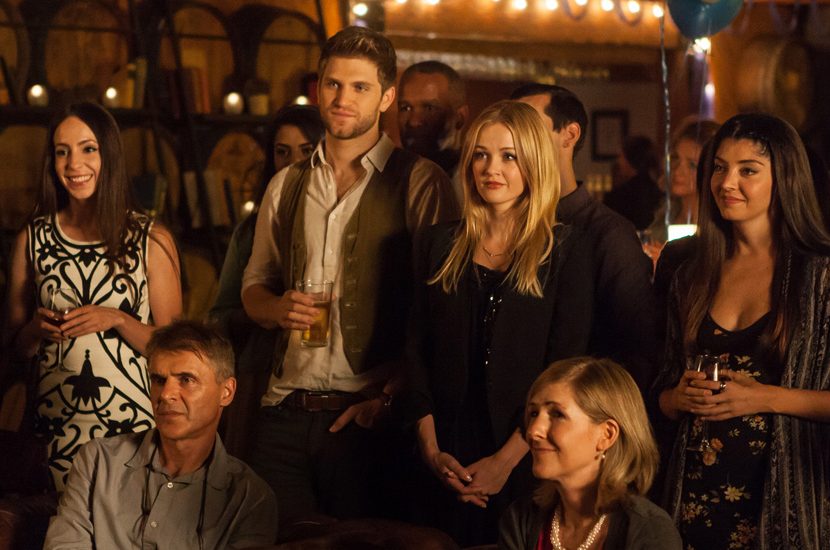 Love can spring from the strangest of places, and one of the most common tropes explored in movies is where two people don’t get along initially, only to fall in love. ‘A Moving Romance’ tells the story of Olivia, a young woman who moves back home after losing her job. When she starts working for her father’s moving company, Olivia ends up forming a bond with Scott, her colleague. Soon enough, she has to make a tough decision about her future.

Although the plot explores their budding romance, Olivia and Scott do not get along right off the bat. When she first shows up, the two actually butt heads quite a lot. Scott is the manager of the moving company and felt he was being groomed to take over. Naturally, he dislikes the authoritative presence of the owner’s daughter, until the dislike turns to something more tender.

‘A Moving Romance’ is a sweet tale of a workplace romance, and the setting becomes essential for the story to unfurl. Naturally, you might be curious about where it has been filmed. We have got you covered, and will walk you through the cast.

It appears that ‘A Moving Romance’ has been filmed in and around California. Not only are the views stunning, but filming close to Los Angeles ensures that the production has access to a stellar studio system, as well as trained professionals to help in the filming process.

It is economically pragmatic to film within the state since it does not cost much to transport equipment, as well as the cast and crew. Coming to the specifics, we know that parts of ‘A Moving Romance’ have been filmed in Bodie. It is a ghost town in the Bodie Hills, located east of the Sierra Nevada mountain range. Bodie is in Mono County. You can check out a castmember’s post in Bodie, at the time filming took place.

The same cast member has shared some pictures of himself and his colleagues, crediting a photographer on the Instagram posts. Digging through the individual’s account, we can see that filming also took place at the Calamigos Ranch, on 327 Latigo Canyon Rd, Malibu. You can check out a post from the time filming took place.

I love my day job… Even when it's at night. #NightShoots #Hollywood #Movies #OnSet

The main characters in ‘A Moving Romance’ are Olivia and Scott. Ambyr Childers plays the part of Olivia. She was born in Cottonwood, Arizona, and raised in Murrieta, California. Ambyr has appeared in critically acclaimed works like Paul Thomas Anderson’s ‘The Master.’ However, she has more recently gained recognition as Candace Stone in the viral series, ‘You.’ Do check out a post of Childers with her co-star, below.

Speaking of her co-star, Scott’s role is played by Keegan Allen. Keegan made his mark with an appearance in ‘Pretty Little Liars,’ where he played the mysterious “Black Cat” character. He has also appeared in several television movies and shows, like ‘CSI: Crime Scene Investigation.’ You can check out his post on the day filming for ‘A Moving Romance’ was wrapped.

And that's a picture wrap for #amovingromance !!! – it was such a pleasure to work on this project with all these talented actors/artists (some not pictured here) for this last month. It's a movie everyone can enjoy and I can't wait for you to see it- coming soon!

In conclusion, ‘A Moving Romance’ seems to have made fantastic use of the locations within California, to capture the setting necessary for the tale. While remaining pragmatic, it has not compromised on the aesthetics, allowing the love story to take its course. Besides, it is accentuated by stellar performances, making ‘A Moving Romance’ a memorable watch.