A Taste of Christmas: Filming Locations and Cast Details

Lifetime’s ‘A Taste of Christmas’ is a Christmas-themed film that follows Natalie, as she learns that her cousin Francesca is canceling the Christmas Eve opening for her Italian restaurant, and takes it upon herself to not disappoint the guests who had already planned on attending the event. No one should be alone on Christmas, which is why Natalie is determined to go ahead with the plan, against all odds.

She wins everyone over with her optimism, even Chef Stefano, who was highly skeptical about the whole thing. The film is directed by Damian Romay from a script by Kelly Peters and Amy Katherine Taylor. Part of Lifetime’s ‘It’s a Wonderful Lifetime’ programming event, it has all the ingredients of a feel-good Christmas movie. If you are wondering where the sequence of events is unfolding, we’ve got you covered!

A Taste of Christmas Filming Locations

‘A Taste of Christmas’ was shot in three weeks just before Christmas in December 2019. The film perfectly captures the joy of being together and the warmth that surrounds the holiday. A big part of the lighthearted movie is the setting. Let us take you through some of the filming locations!

‘A Taste of Christmas’ is predominantly filmed in the northeast parts of Georgia, including White County, Helen, and Dahlonega. Georgia in the U.S.A. is one of the preferred locations for filming due to the variety of locations and the temperate climate. Some of the well-known productions filmed here are ‘Stranger Things,’ ‘The Vampire Diaries,’ and ‘The Hunger Games.’ 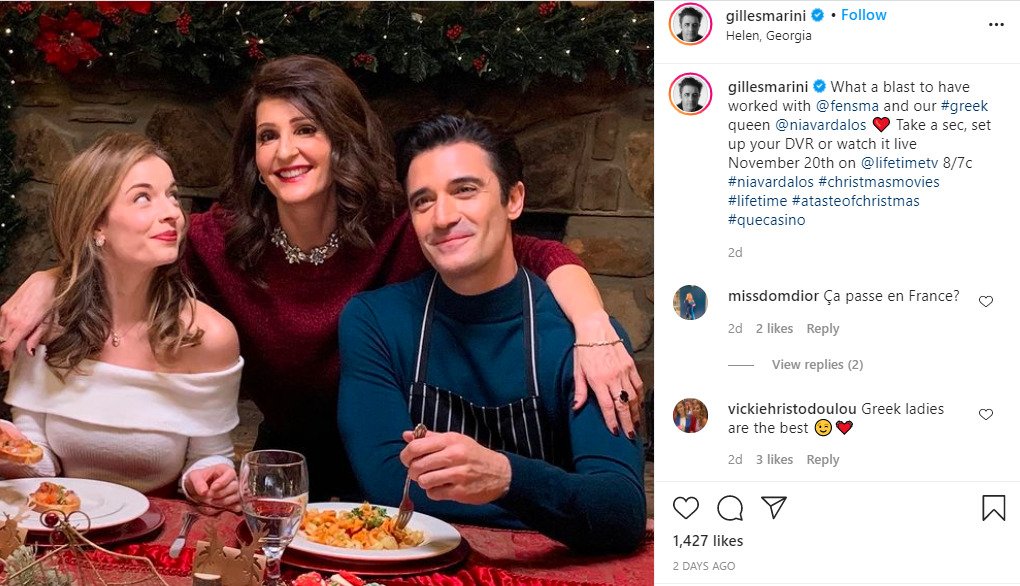 Scenes were also filmed in White County, specifically at the Sylvan Valley Lodge and Cellars, located at 747 Duncan Bridge Road, Sautee Nacoochee. The bed-and-breakfast winery is owned by John and Ginevra Boyes and attracts many travelers and wine lovers who come for the tastings of Frolicking Faerie Wines.

Helen and Dahlonega in Georgia are famous for their vineyards. Helen is a mountain town that also hosts the Oktoberfest every year. Another Lifetime film, ‘A Christmas Love Letter,’ was shot in Helen. Dahlonega in Lumpkin County is best known as the home to the Cherokee Nation.

A Taste of Christmas Cast

Anni Krueger essays the role of Natalie Rogers in the film. Her notable credits include ‘Super Dark Times,’ ‘The Marvelous Mrs. Maisel,’ and ‘Inside Amy Schumer.’ Gilles Marini is a French-American actor who plays Stefano Grimaldi. He is known for his roles in ‘Sex and the City,’ ‘Switched at Birth,’ ‘Devious Maids,’ and ‘Brothers & Sisters.’ You may also recognize him in ‘Days of Our Lives,’ ‘2 Broke Girls,’ and ‘All I Wish.’

Nia Vardalos is a Canadian actress, producer, and screenwriter, who plays Francesca in this film. She gained success for her film ‘My Big Fat Greek Wedding.’ The Golden Globe-nominated actress features in ‘My Life in Ruins,’ ‘Connie and Carla,’ ‘Same Time, Next Christmas,’ and ‘Helicopter Mom.’ Other cast members are Emma Meyers (BeeBee Jordan), Andrew Brodeur (Tyler), Mara Hall (Savannah Meyers), and Chelsea Niven (Rachel).