‘A Teacher’ is a show that looks at the illicit sexual relationship between an English teacher named Claire Wilson (Kate Mara), and her student, Eric Walker (Nick Robinson). The series does not seek to glorify any such taboo affairs, but rather, the plot educates us on why people choose to do such things in the first place. If you’ve been following it religiously, then you’re aware that neither Eric nor Claire are able to cope with the consequences of their actions. Let’s talk about this some more, shall we?

The former teacher goes on a Tinder date and the two hit it off. She ends up going home with him that night and she tells him about the ankle monitor before they sleep together. Mid-sex, he uses her past as subject material for dirty talk. On the other side of town, Eric’s roommate takes him out to dinner so that the protagonist feels a bit better. It turns out that Eric has been put on academic probation and stands to lose his scholarship if he doesn’t mend his ways.

Claire has joined her father’s business and he tries to talk to her about things at work. However, she blows Wyatt off. This is when another employee steps in and states that without Wyatt, he would have succumbed to alcoholism again. Later, Claire meets up with Matt and they sign their divorce papers. They have a sad conversation in which the ex-husband tells her that if she truly cared for him, she would never have done what she did in the first place. Although she apologizes, Matt asks her to leave.

Eric goes to the bar and he spends the night drinking with a bride to be and her friends. In the meantime, Claire heads over to her Tinder date’s house to have sex. She asks him to slap her, and he is initially hesitant. However, he soon gives in, but she wants him to slap her even harder. He obliges, but her lip starts bleeding. Nonetheless, Claire doesn’t want him to stop. But this freaks him out and he says that he can’t do this anymore.

Unfortunately, the girls ditch their friend, Chloe, at the bar. To make her feel better, Eric asks her to dance with him. But soon, she starts crying and states that she will not hook up with him as he is too young and she just got out of a long-term relationship. She then talks about how unhappy she was with her ex and how none of her friends want to hear about any of this. 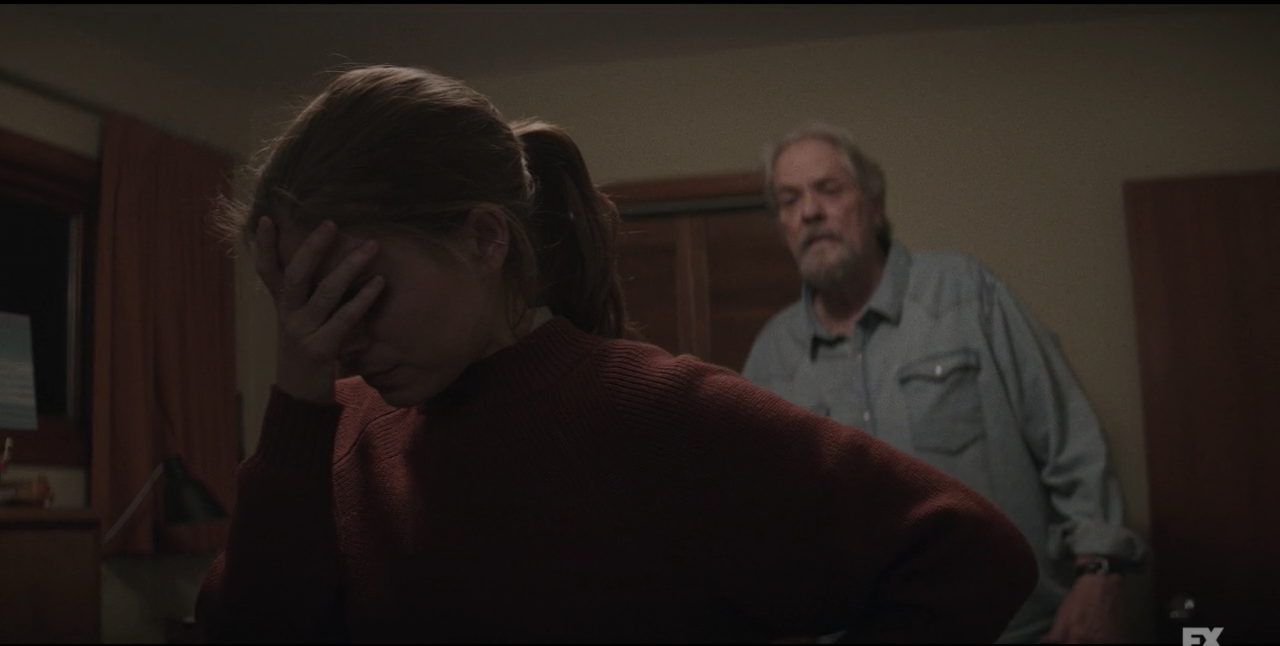 Claire comes home and her dad is concerned about her. But she shouts at him, “Stop trying to help me.” She then brings up his previous alcoholic tendencies and how it severely affected her childhood. She states that she just wanted to bring solace to other kids who now face a similar situation, but that she screwed it all. She is quite self-berating but Wyatt gives her some words of encouragement. Later, Eric moves back home and tells his mom that he needs help. (It seems as though he has left college, but the show does not affirm this just yet).

The Difference Between Claire’s and Eric’s Reactions

It is clear that both Claire and Eric have almost reached their respective breaking points. The former teacher still resents her now-sober father for his alcoholism when she was young. It seems that Eric, on the other hand, is simply punishing himself for whatever has gone down in the past few episodes. While Eric is quite popular when college starts, he slowly eliminates everything from his life. It is highly probable that he is depressed but just hasn’t been diagnosed yet. Moreover, he is an intelligent kid and for him to go on academic probation and give up his scholarship is a big deal.

Claire and Eric both need to deal with their own problems. She needs to address the many issues that she has with her father. Once she can gain some closure from her past, she could move on and rebuild a better life for herself. However, she is a stubborn person because she has never really relied on other people for anything; she has always called the shots. But now, for her to heal, she must hand over the reins to her father and let him parent her. After all, this is something he didn’t really do when she was young.

Eric has also had his fair share of challenges. His single mother is almost always working and he has had to juggle family and education at the same time. When he goes to college, things are completely different. It becomes evident that he is the kind of guy who keeps giving in to his impulses instead of making rational decisions. But the good thing about him is that, unlike Claire, he knows when to reach out for help. It is commendable that he prioritizes his mental health. While not attending college is a temporary setback, in the larger scheme of things, it appears to be negligible. Plus, with such a supportive family, it seems likely that Eric will be able to work through his issues.

Read More: Is Hulu’s A Teacher a True Story?