Endless movies have tampered with the concept of time travel over the years. Be it a superhero film or a drama series; our perception of time is something that many filmmakers have wanted to play around with. The one thing we certainly did not expect was a Christmas movie that features this idea. But hey, that’s exactly what makes Hallmark’s ‘A Timeless Christmas’ stand out in a crowd. So, if you’re interested in learning more about its cast and where it was filmed, then you’re in the right place.

As is the case with most Hallmark productions, ‘A Timeless Christmas’ is filmed in Vancouver, British Columbia. After all, there is a reason as to why the billion-dollar entertainment industry the city houses is referred to as the Hollywood North. Let us discuss the filming details!

‘A Timeless Christmas’ began filming in August of 2020. Erin Cahill, who plays the female protagonist, Megan, uploaded a post on Instagram that read, “It was a JOY to work on this movie with these two, my dear @lincoln_lageson and the cast and crew! Sir Ron Oliver is an International treasure and Ryan is a dream scene partner. Feeling so grateful!” 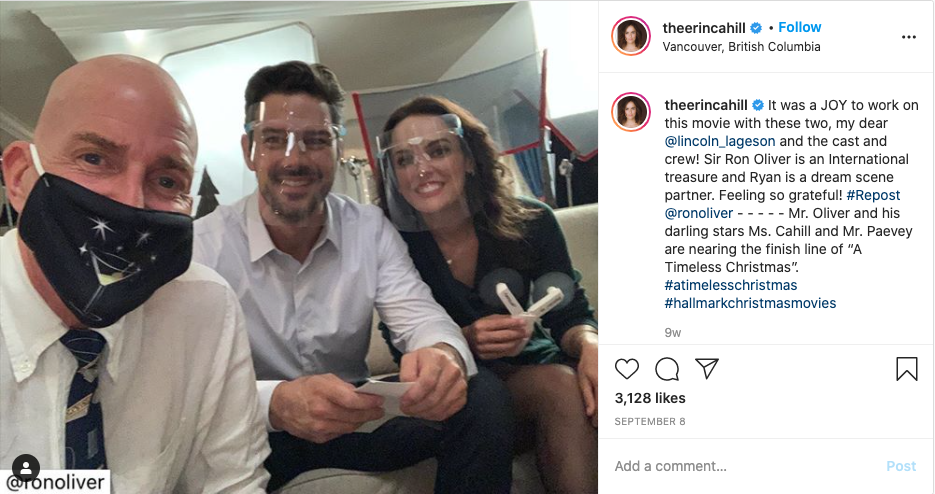 The story follows Charles as he goes to sleep in his mansion in 1903 but wakes up in, you guessed it, the future! Given that the city has become one of the most preferred destinations for filmmakers owing to the tax incentives offered by the government, it is no surprise that the cast and crew of the movie landed in Canada. Furthermore, Vancouver has favorable weather (for the most part) and a unique landscape that can replicate many cities in America. 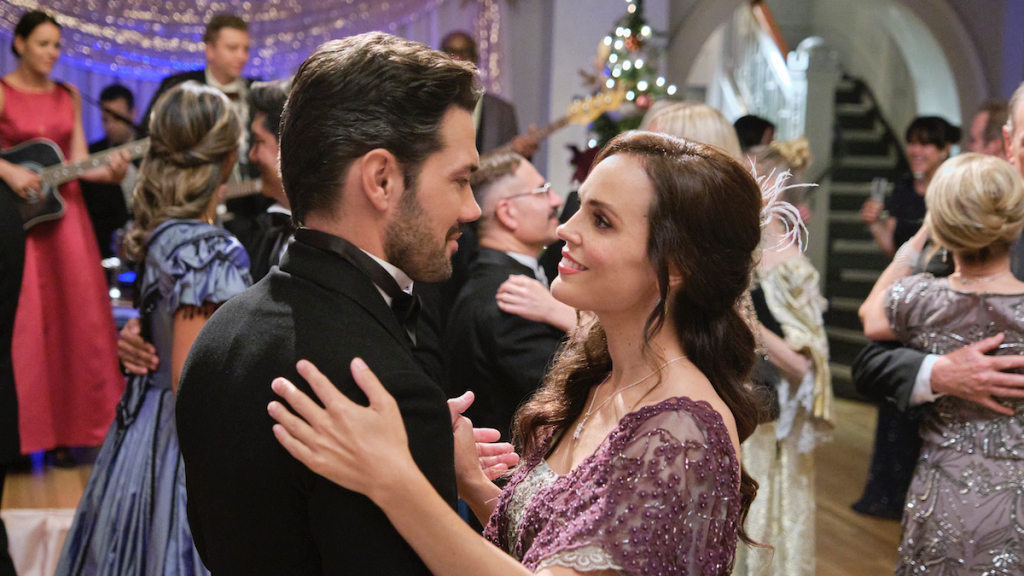 In the movie’s on-location video, shared on Hallmark’s Official channel, you can see what it was like for the cast and crew behind the scenes. Furthermore, in another Instagram post, the still photographer, Bettina Strauss, said that it is always fun when the director, Ron Oliver, films in Vancouver. Evidently, it looks as though the team really bonded on the set.

Ryan Paevey plays the time-traveling male protagonist, Charles. The actor actually started his career by modeling in high school. He has appeared in the music video of Christina Aguilera’s ‘Your Body.’ Apart from this, you may have also seen him on ABC’s ‘General Hospital,’ and Hallmark’s ‘Unleashing Mr. Darcy’ and ‘Marrying Mr. Darcy.’

Paevey’s love interest in the film is Megan, and Erin Cahill portrays her. She has been in theatrical productions ever since she was aged 4. Following her graduation from high school, Erin pursued a full-time career in performing arts. She is seen as Jen Scotts in ‘Power Rangers Time Force,’ Heather (Ted’s sister) in ‘How I Met Your Mother,’ and Kendra Burke in ‘Saving Grace.’ She is married to Paul Freeman. The cast also includes Brandi Alexander, Nelson Wong, Zahf Paroo, Jennifer Kitchen and James Rha.