When Will A Wedding and a Murder Season 3 Premiere on Oxygen? 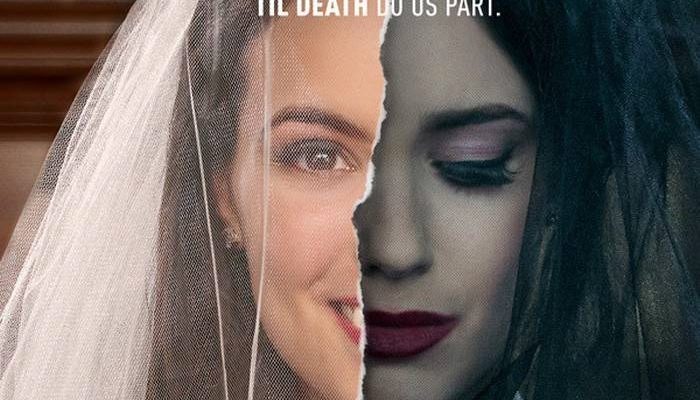 Oxygen, the ultimate destination for fulfilling the expectations of die-hard true-crime fans, always comes up with unique ideas to keep the interest level of viewers at its peak. ‘A Wedding and a Murder’ is another title on its catalog of shows with the most bizarre premises — that point to mysteries and mayhem. Here, we witness how marriages become a catalyst for homicide. The show gives us a real-time view of engagements, weddings, and honeymoons, which lead to unexpected deaths.

The first two seasons of the show was well-received. Now, the question arises: will there be a ‘A Wedding and a Murder’ Season 3? We will delve into that question, but first let’s quickly look into the details of the series.

A Wedding and a Murder Cast: Who is in it?’

‘A Wedding and a Murder’ features a rotating panel of cast members. Each episode follows one particular case, narrated via detectives, law-enforcement officials, and close relatives or family members of the victim — who were directly involved with the crime at the time it happened. There are also dramatic re-enactments of the incidents, portrayed by actors, in order to lend a more realistic element to the narration.

What is A Wedding and a Murder About?

This true-crime docu-series showcases real-life relationships that begin with an engagement, culminates in a dream wedding, or ends with a honeymoon. However, these memories, which are supposed to last a lifetime, concludes in death and disaster instead. Each 60-minute episode of ‘A Wedding and a Murder’ dives deep into one particular homicide and narrates how marital bliss can lead to a brutal slaying. The victims or suspects may be anyone — ranging from the bride and groom to a family member or a wedding guest. In most of the featured cases, a wed-lock serves as the ultimate catalyst that causes a potential killer to finally snap and drives him/her to commit the unthinkable.

Across the episodes, we get deep insights into famous cases such as the mysterious disappearance of a pretty, brilliant Yale just before her wedding and the tragedy of happy newlyweds Gail and Rick Brink — a case that remains unsolved for years until someone reveals a dirty family secret.

One of the cases covered on the show takes place during an Ozarks country wedding, where a Christian couple takes their vows. However, chaos ensues when the duo vanishes into thin air in the middle of the night from a farmhouse gifted to them by the groom’s mother. Another incident follows a pair of happily married newlyweds, who remodel a property in the hopes of building a better future. But a double homicide leaves the local investigators clueless. Further prodding exposes a tangled web of lies, twists, and terrible secrets.

A beautiful and brilliant Yale student mysteriously vanishes just five days before her grand wedding celebrations in Long Island. Friends and family members launch a massive search to find her. Next, we meet a newly-married electrician who falls victim to a mysterious disease. As his condition worsens, doctors frantically search for answers. They need to use all their medical know-how in order to apprehend a very cunning killer.

Yet another case is when high school sweethearts embark on a romantic getaway. But disaster strikes when an attempted robbery takes a fatal turn. Again, another young couple is on their honeymoon. However, when a sexual assault and then a murder happens, cops need to break through a tangled web of lies, suspects, and clues to catch a charismatic killer. A pregnant woman, employed as a daycare worker is brutally murdered just before her marriage in Mississippi. Further investigation points to a very jealous killer and a torrid love affair.

A Wedding and a Murder Season 3 Release Date: When will it premiere?

‘A Wedding and a Murder’ season 2 premiered on Oxygen on September 9, 2019. After spanning eight, one-hour-long episodes, it concluded with its finale on October 26, 2019.

‘A Wedding and a Murder’ joins Oxygen’s slate of true-crime programming that has been garnering strong ratings since its rebranding in 2017. We have seen amazing shows like ‘Cold Justice‘, ‘The Disappearance of Natalee Holloway’, ‘Dahmer on Dahmer: A Serial Killer Speaks’, and ‘Aaron Hernandez Uncovered‘. All of these titles have boasted strong rating records for the fan-favorite, fulltime true-crime destination network. As per Rod Aissa, executive vice president of original programming and development for Oxygen, “The response from the true-crime community has been overwhelming. We’ve had some tremendous early rating successes since our rebrand, and this new slate adds to our mission of providing best in class investigative docuseries from the top producers and talent in the genre while continuing to offer exclusive access and compelling storytelling that have become paramount to our viewers.”

A Wedding and a Murder Trailer:

Check out the trailer of ‘A Wedding and a Murder’ below.