Who is Abdur-Rahman Muhammad? Where is He Now?

If Martin Luther King was on one end of the spectrum, Malcolm X was on the other, when it came to representational politics for black people in America. El-Hajj Malik El-Shabazz, or Malcolm X, became an icon during the civil rights movement. He indicted Americans in the harshest terms, for their treatment of the blacks. He has been wrongly accused of preaching racism and violence but is a hero to the black community.

Initially a part of the Nation of Islam (NOI), Malcolm eventually became disillusioned by the organization, which was notably investigated by the FBI for supposed Communist ties. As Malcolm’s differences with NOI escalated, he was assassinated. Three members of the NOI were arrested. They were Mujahid Abdul Halim (Talmadge Hayer), Muhammad Abdul Aziz (Norman 3X Butler), and Khalil Islam (Thomas 15X Johnson).

However, Netflix’s new documentary ‘Who Killed Malcolm X?‘, has stirred up quite a storm. In fact, according to news reports, the Manhattan DA’s office is planning to reopen the case, thanks to the documentary. Naturally, you might be curious to know about the historian, investigative journalist, and activist at the center of the documentary. His name is Abdur-Rahman Muhammad. Read on to know all about him, and where he is now.

Who is Abdur-Rahman Muhammad? 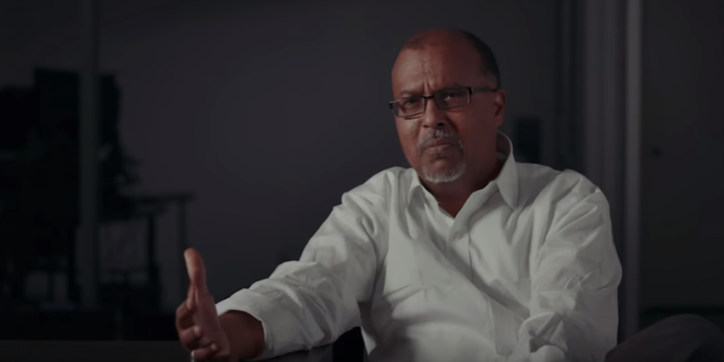 Abdur-Rahman Muhammad was born Kenneth W. Oliveira, Jr. in 1962, in Providence, Rhode Island. Muhammad was educated at Howard University, where he received a BA in Philosophy. This is also where Muhammad was first exposed to all the social, cultural, and political movements, for black empowerment, that continued to flourish in Washington DC in the 1980s. While there were many organizations active at the time, the one that influenced Muhammad the most was Black Islam Movement.

He took inspiration from Malcolm X and converted to Islam in 1986. Since then, he worked tirelessly as an activist and teacher. Muhammad tried to reform lives, and make positive contributions to the struggle of African American people, seeking justice. Muhammad, who also speaks Arabic, devoted 30 years of his life to the assassination of Malcolm X and is considered a foremost expert on the subject.

In fact, Dr. Manning Marable of Columbia University, who won the Pulitzer for ‘Malcolm X, A Life of Reinvention’, quotes Muhammad as an expert. He is the only non-contemporary who is listed as an expert in the book, and justly so since Muhammad assisted Marable by setting up interviews with key associates of Malcolm X.

Post 9/11 Muhammad has focused more on research and writing, with scholarly articles appearing in journals and newspapers. An outspoken critic of religious extremism, Muhammad was even called to Capitol Hill to share his thoughts about how the nation should try combating it.

The ‘activist scholar’ rose to a position of national prominence when he named William Bradley, or Almustafa Shabazz, as one of the assassins of Malcolm X. This happened back in 2010 and is basically what the Netflix documentary is based on.

Where is Abdur-Rahman Muhammad Now?

At present, Abdur-Rahman Muhammad is an independent scholar who is based out of Washington. His expertise on the life and legacy of Malcolm X continues to be held in high regard. Most recently, he has come back to the spotlight for making Netflix’s ‘Who Killed Malcolm X?’.

That being said, Muhammad has clarified that he has not been paid to make the documentary. In his interview with The New York Times, he said, “It bothered me that no one cared about it. I didn’t get paid to do any of this. I’ve sold cars. I’m just a working-class guy.”

Since he is in a way responsible for the reopening of the case of Malcolm X’s assassination, one can expect to hear more about Muhammad in the upcoming days, based on what evidence the Manhattan DA’s office uncovers. As of now, you can see Muhammad taking the time to thank others individually for their feedback on ‘Who Killed Malcolm X?’. You can check out Muhammad’s tweet promoting the documentary, below.