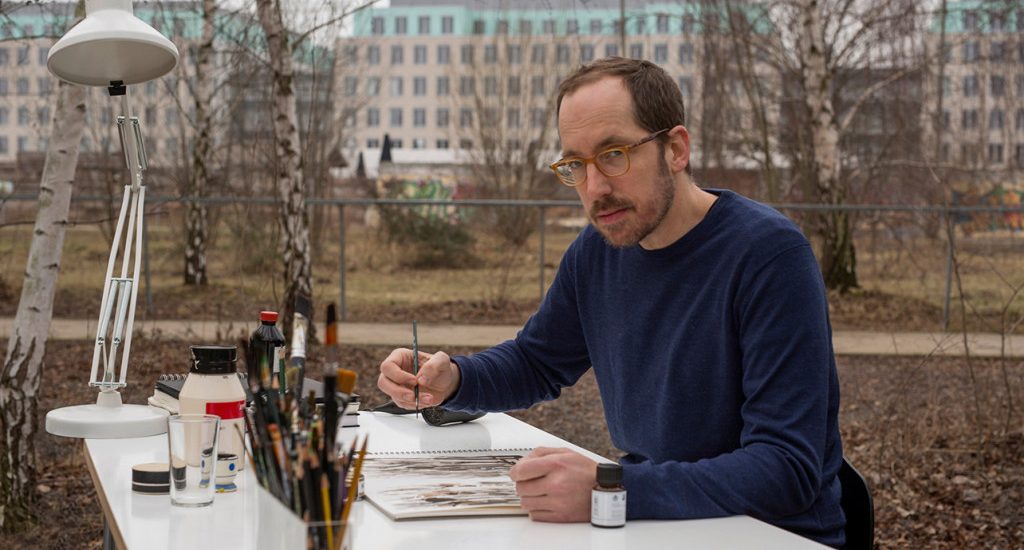 Ever wonder how things are made? How the services you have become so used to are created and refined for your comfort? Does the sheer brilliance of the product in front of you not make you think about the hard work, the dedication and the resilience it demands from its creator? If yes, then Netflix has just the show for you. ‘Abstract: The Art of Design’ opens a window for you to get a glimpse of how a genius creates their masterpiece out of scratch.

Created by Scott Dadich, former editor-in-chief of WIRED, this show enjoys a great assemblage of producers at its helm. Dadich himself acts as an executive producer alongside Morgan Neville, Dave O’Connor, Jon Kamen, Justin Wilkes, Jason Spingarn-Koff, Ben Kotner and Lisa Nishimura. Neville is an Emmy and an Academy Award-winning documentary maker. Some of his best works include names like ‘20 Feet from Stardom’, ‘Best of Enemies’ and ‘Won’t You Be My Neighbour?’

O’Connor is known for his work in ‘Tony Robbins: I Am Not Your Guru’, ‘David Blaine: Real or Magic’, ‘Gone: The Forgotten Women of Ohio’ and ‘Year Million’. Kamen and Wilkes have previously collaborated on documentaries/docuseries like ‘What Happened Miss Simone?’ and ‘Conversations with a Killer: The Ted Bundy Tapes’. Kamen’s other works include The Fog of War’, ‘Hamilton’s America’ and ‘My Next Guest’. Wilkes has worked on ‘Mars’, ‘The Fourth Estate’ and ‘Wrong Man’.

Spingarn-Koff is known for his attachment with projects like ‘Icarus’, ‘The White Helmets’, ‘Life 2.0’, ‘Follow This’ and ‘Explained’. Nishimura has previously worked on ‘Making a Murderer’, ‘The Square’, ‘The Keepers’ and ‘Medal of Honor’. Billy Sorrentino and Sarina Roma act as the producers for ‘Abstract: The Art of Design’.

Abstract: The Art of Design: Who’s in It and What’s It About?

Every episode of this show showcases a different form of art and thus, features a different maestro as its subject. Christoph Niemann is the centre of the episode that has Illustration at its core. Apart from illustrating a great number of children’s books, he has also worked for The New Yorker and Atlantic Monthly. His designs have also served as Google Doodles. If there is one man you should learn the art of illustration from, it is Niemann.

Tinker Hatfield helms the one about Footwear Design. There are a lot of things that we consider before buying our shoes: how they fit, how they look, do we feel comfortable in them, how fashionable are they, water-resistant, heat resistant, the list goes on and on. It gets exhausting sometimes, and that’s just the buying part. Now, imagine the work and the details that go in the designing!

Es Devlin talks about the work involving Stage Design. If you have attended the theatre, then you know the importance of stage design. The stage is as much a part of the story as its actors. Hence, it becomes all the more important to give it extra attention. If you have Es Devlin on the job, you can have some rest, because there is hardly anyone better than her in the business.

Bjarke Ingles gives insight into the intricacies of Architecture. He is known for defying the conventional and creating unique designs for his works. What makes his building better is that they are created keeping in mind the idea of sustainable development. He is also involved in the project of designing the new World Trade Centre building.

Ralph Gilles talks about Automotive Design. If you have any love for cars and want to know more about all the work that goes into delivering the best product to you, then Gilles’ episode is the must watch for you. Former President and CEO of Chrysler’s brand, he also has extensive experience in race cars. Isn’t that the best kind?

Paula Scher is the expert on Graphic Design. She is known for being “the first female principal at Pentagram”, one of the best designing firms. From working at CBS Records to teaching at School of Visual Arts, Scher’s long career has seen her take multitudes of tasks and deliver them like a pro.

Platon gives tips about photography. One of the best in his field, he is known for bringing a raw sensitivity to his work. His work has been featured on magazines like TIME and Esquire. But what he is better known for is his work with the people involved in the civil rights movement. His photographs have helped bring out the stories of people fighting for human rights. From people fighting against oppression in Russia to the plight of Burmese exiles, Platon’s work reflects the intimate emotions of his subjects.

Ilse Crawford is the teacher for Interior Design. She is a well-known name in the field and has been a part of some very high-profile projects. Soho House Club, IKEA, Babington House, Duddell’s and the Electric Cinema are the names of a few places that have received a do-over from her. The Soho House strengthened her reputation as she turned a warehouse into a lavish place that later found its place in ‘Sex and the City’.

Abstract: The Art of Design Season 2 Release Date: When Will It Premiere?

‘Abstract: The Art of Design’ season 1 premiered on February 10, 2017. While the show largely received good feedback, it also had to suffer occasional criticism. Anyway, what truly matters is the response of the audience and the number of viewers it attracts for Netflix. And it seems like they have spoken. ‘Abstract: The Art of Design’ season 2 is set to premiere on September 25, 2019. The directors for the next season include Morgan Neville (Won’t You Be My Neighbor, 20 Feet From Stardom), Elizabeth Chai Vasarhelyi (Free Solo), Brian Oakes (Jim: The James Foley Story), Jason Zeldes (Ugly Delicious), Claudia Woloshin (The Mind of a Chef), and Scott Dadich (Abstract: The Art of Design).

“I’m thrilled to finally be releasing season two of Abstract. It is a series that we all feel a deep personal passion for. This season we got the chance to take even bigger swings at essential questions about the nature of creativity. I can’t wait for people to discover it,” said Morgan Neville about the upcoming season. Scott Dadich said: “The next season of Abstract builds on the original vision for the series, presenting new and diverse perspectives about how the creative process actually works—from the visionary folks designing the future. I hope Abstract continues to inspire people all over the planet, those new to art and design, as well as anyone curious about how our world works.”

Abstract: The Art of Design Trailer

While we wait for ‘Abstract: The Art of Design’ season 2, you can re-watch season 1. Documentaries are educational and one watch is never enough to grasp the whole idea, just as one reading is not enough to understand any book. Unless you are a certified genius! You can catch all episodes of the show on Netflix. Here is the trailer for season 2.