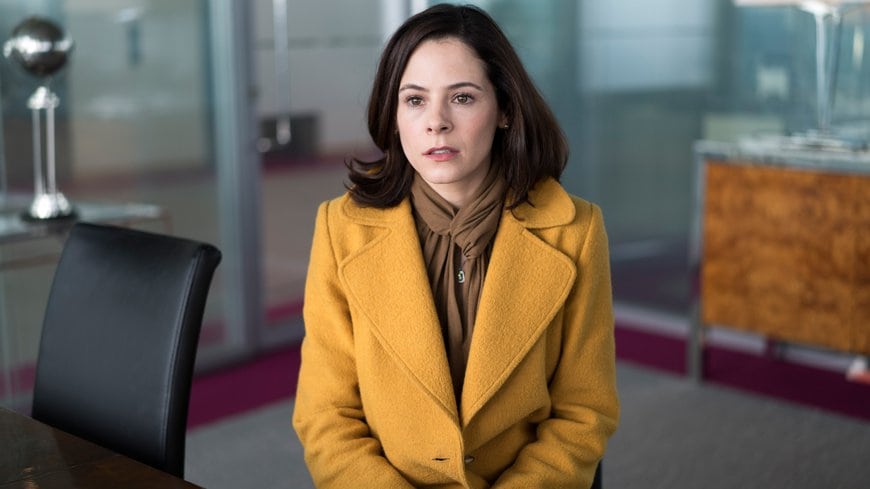 ‘Acceptable Risk’ is an Irish crime drama television series which airs on RTE in Ireland, on Universal TV in the UK, and on Acorn TV in the US. Created by Ron Hutchinson, the show follows the life of a Dublin-based woman after her husband is murdered while on a business trip.

A relatively new show, Season 1 of ‘Acceptable Risk’, consisting of seven episodes, premiered on September 24, 2017, and exceeded all expectations in terms of viewership. Pleased with the success of Season 1, Facet4 Media, which produces the show, confirmed back in 2017 that a second season was in development. However, a lot of time have passed since then and there’s still no news about when Season 2 will premiere. Here’s everything we know about the upcoming season thus far.

Acceptable Risk Cast: Who is in it?

In the show, Elaine Cassidy plays the role of the main protagonist, Sarah Manning, while Paul Popowich steps into the shoes of her husband, Lee Manning, who gets murdered while on a business trip. Angeline Ball, meanwhile, plays the role of Detective Sergeant Emer Byrne, who is assigned to lead the investigation into Lee’s murder.

With Season 2 of the show confirmed, we expect most of the cast members to make a comeback and reprise their roles, except for those who have exited the show owing to their characters’ story arcs ending. If any new additions to the cast is announced, we’ll be sure to update this section to reflect the same.

Acceptable Risk Plot: What is it all about?

‘Acceptable Risk’ is a rather heart-wrenching story that follows Sarah Manning, who lost her first husband to a freak accident. After painstakingly rebuilding her life, Sarah finds happiness in her marital life with Lee. However, her world comes crashing down when Lee, who works as the head of PR for multi-national drug company Gumbiner-Fischer, is found murdered on the streets of Montreal, where he had gone for a business trip. When the news reaches Sarah in Dublin, she has to deal with the crushing emotions of becoming a two-time widow.

However, Sarah is not even left alone to mourn in peace when the head of Gumbiner-Fischer’s security pays her a visit and warns her to keep away from investigating her husband’s murder. Meanwhile, Detective Sergeant Emer Byrne starts investigating Lee’s murder and increasingly gets drawn into what appears to be a major conspiracy. As the show progresses, Sarah starts to suspect that secrets back from Gumbiner-Fischer’s past might have had something to do with Lee’s death. With Sarah making headway with her own investigation, Detective Sergeant Byrne is taken off the case by her powerful superior, Chief Superintendent James Nulty, which hints at powerful actors at play. Yet, Detective Sergeant Byrne isn’t one to get deterred easily, and keep pursuing the case in her personal capacity.

Meanwhile, Sarah starts to suspect that the death of her first husband might not have been an accident, and might have been tied to the intricate conspiracy which is slowly coming to light. As Season 1 nears it conclusion, both Sarah and Detective Sergeant Byrne begin to realize that the trail of bodies doesn’t stop with Lee, or Sarah’s first husband, and goes back decades.

However, critics have not been particularly kind towards the show. For instance, Independent.ie wrote, “Acceptable Risk is well-made in a highly polished, antiseptic kind of way, but so far its intrigues aren’t all that intriguing and the whiff of cliche hangs heavy.” In a similar vein, The Irish Times wrote, “…The programme has made its own workmanlike introduction, laying little on the line so far. The stakes may yet raise, the plot may yet thicken, the danger may yet materialise. Acceptable Risk is just about good enough.” Even among viewers, the show does not enjoy any form of extraordinary popularity, and has a mediocre rating of 6.8/10 on IMDb.

Acceptable Risk Season 2 Release Date: When will it premiere?

Season 1 of ‘Acceptable Risk’, consisting of seven episodes, premiered on September 24, 2017. Following the unexpected success of ‘Acceptable Risk’ Season 1, Facet4 Media confirmed that a second season of the show was in development. However, in the two years that have passed since then, no details have emerged about any aspect of the upcoming season. Thus, we are at a loss as to what fate befell the show, and there’s not much we can do except for waiting for an official announcement on the release date of Season 2. If the show does get renewed, we expect ‘Acceptable Risk’ Season 2 to air sometime in 2020.

That being said, the silence around Season 2’s production could also indicate that something’s wrong and that Season 2 might not be coming at all. We will update this section as soon as we hear more.

While we wait for an official announcement on the fate of ‘Accepted Risk’, here is the trailer for Season 1 to give you a glimpse into the show and the story thus far.