Action Park Deaths: How Many Died in Accidents?

HBO’s ‘Class Action Park’ is a story that explores the rise and fall of the most dangerous adventure park in America. Although it was named Action Park, people referred to it as the former because of all the injuries and subsequent lawsuits that followed. People rode the attractions despite the safety aspect, not because of it. After all, the park earned the reputation that it did for a reason.

How Many Died in Accidents at Action Park?

Six fatalities occurred at the infamous park. Between 1984 to 1985, one of their attractions, the Alpine Slide, resulted in 14 fractures and 26 head injuries. Broken teeth and fractured bones were commonplace. Apparently, the park even bought new ambulances for the town so that the frequent trips to the ER could be managed better. With underage employees and alcohol flowing rampantly, it is no wonder that the park was referred to as the most dangerous one in America. 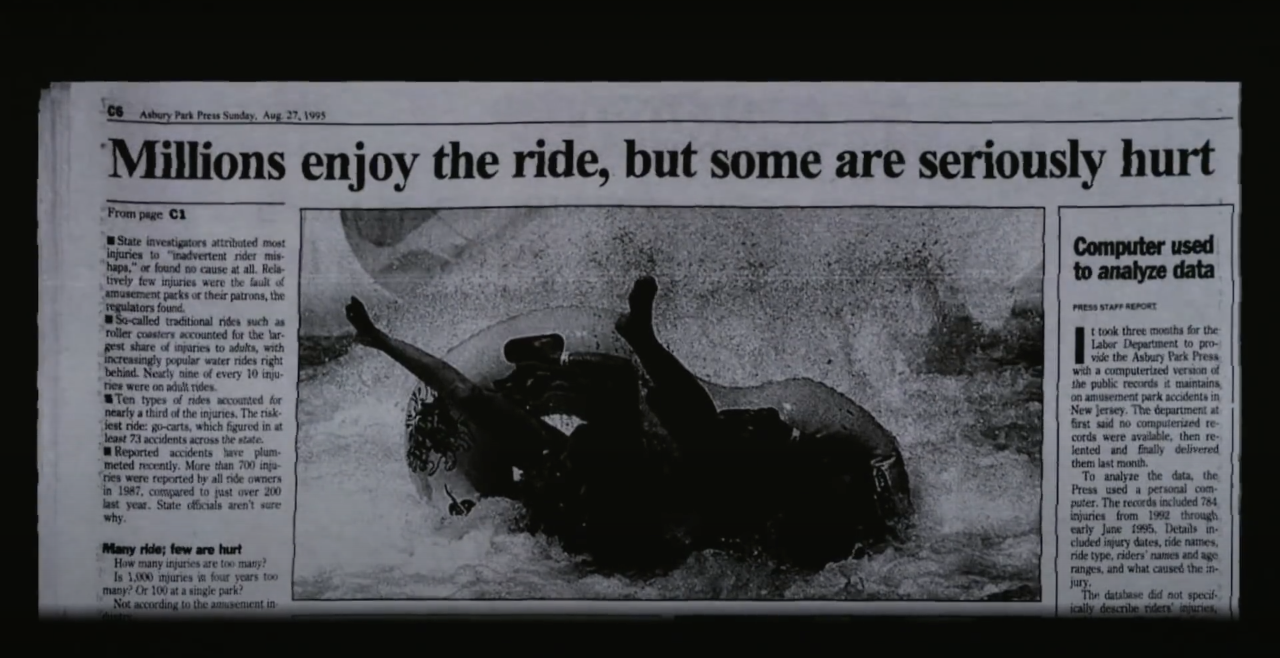 Who Died in Accidents at Action Park?

The park was ambitious in its attempt to provide its customers with an action fuelled experience and it did so at any cost. On July 8, 1980, the first fatality occurred. What made it even worse was that the victim was a 19-year old employee of the park. George Larsson Jr. was on the Alpine Slide when he flew off the track for 25-feet before hitting his head on a rock. He went into a coma and died a few days later. 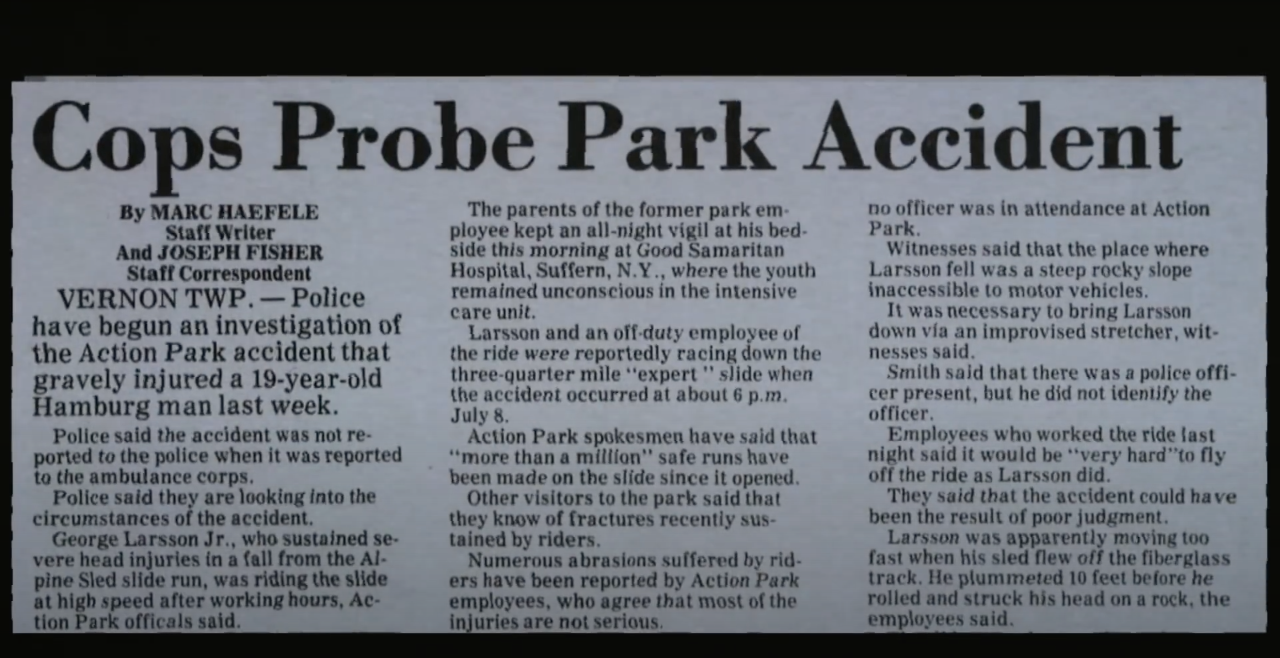 Two years later, on July 24, 1982, 15-year old George Lopez died by drowning in the infamous Tidal Wave Pool. He was not the only person to lose his life to the attraction. On August 24, 1984, 20-year old Donald DePass, from Brooklyn, met the same fate. Three years later, on July 19, 1987, 18-year-old Gregory Grandchamps also drowned.

Jeffery Nathan, 27 years old at the time of his demise, lost his life in the Kayak Experience. He was from Long Island. What happened was that his Kayak tipped, and when he got out of it, he stepped on a grate that was exposed to a section of live wiring for the underwater fans. He suffered a severe electric shock and was rushed to the hospital near Warwick. He got a cardiac arrest from the shock and was later pronounced dead. It must be noted that some of his family members nearby were also injured.

An investigation was launched into the incident, and Action Park initially disputed that the electric shock led to Jeffery’s death. When the park claimed that there were no burns on his body, the coroner responded by saying that water-based electrocutions did not lead to burns. The ride was then drained and closed for the investigation. The state’s Labor Department concluded that the fan had been functioning properly and was also maintained, thereby clearing the park’s name of any wrongdoing. However, Action Park never reopened the ride, claiming that people would be scared to go on it. 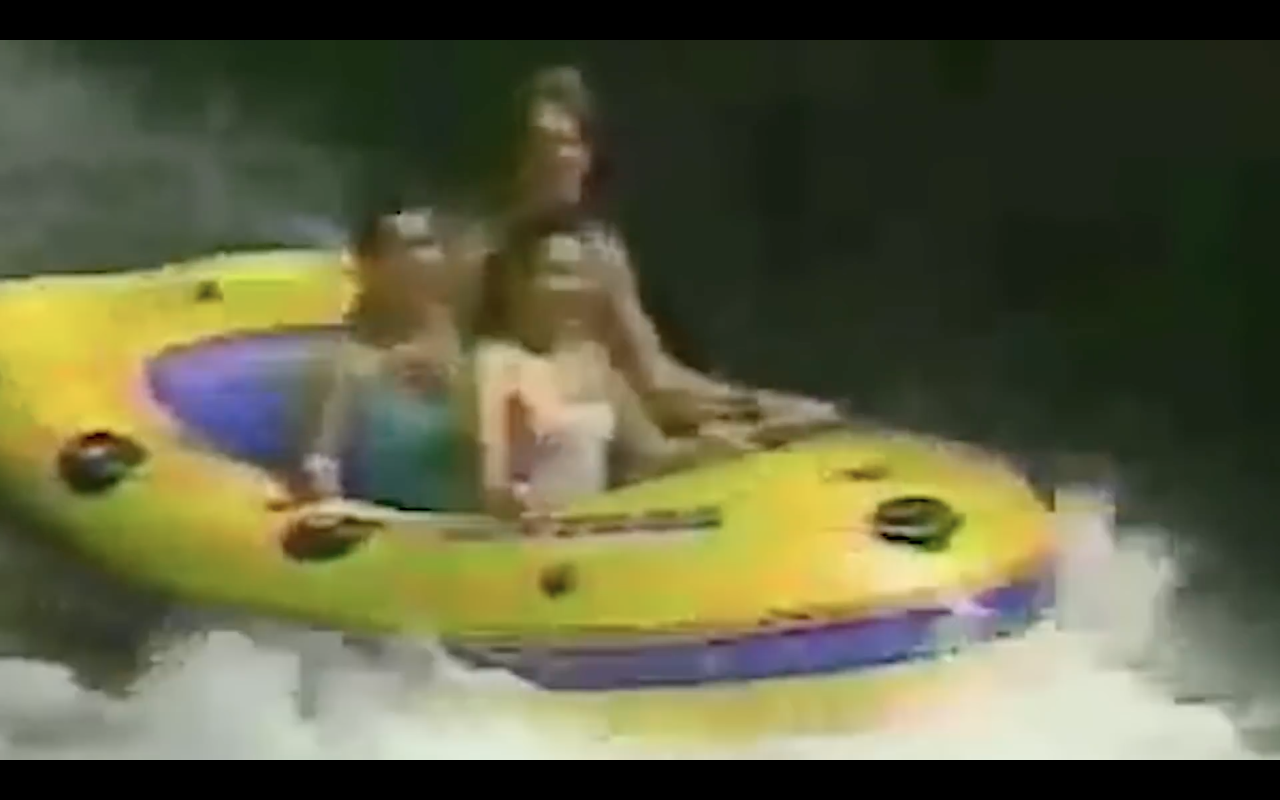 The final fatal accident on the premise happened in 1984 on the Tarzan Swing. It was believed that the customer had a heart attack that was caused by the cold spring water beneath the attraction. The temperature of the water there was around 10–16 °C, whereas, in the surrounding areas, it was 21–27 °C.

Read More: Where Was Action Park Located? When Did it Close?