12 Actors Who Could Play Donald Trump in a Biopic 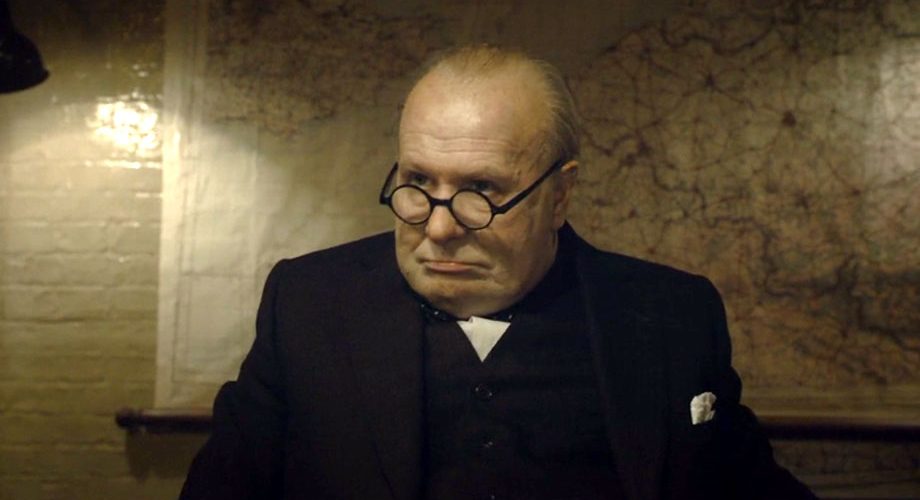 Donald Trump, the 45th President of the United States of America, has a unique personality to say the least. Hollywood has been known to produce movies of famous people who are exemplary in their deeds — good or bad. And Donald Trump is a person who certainly has done more than enough to be a fascinating subject for a film. Love him or hate him, but you definitely can’t ignore him. I am sure that several Hollywood filmmakers might already have started thinking in this direction, but here are our picks of who should play Donald Trump. 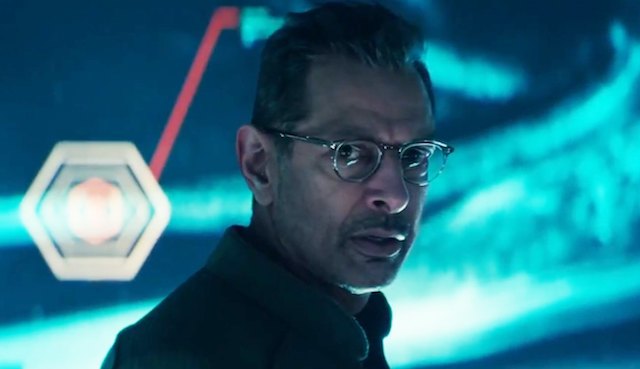 Jeff Goldblum doesn’t fit Donald Trump’s persona at all. But then even Trump doesn’t seem to fit in the U.S President’s shoes anyway. So, why not Goldblum? Why not try someone who is willing and is exactly the opposite of what it should be? Isn’t the mere thought very exciting!? Imagine the transformation. It would either be a huge dud or a role for the ages. Also, Jeff has shown a keen interest in the portrayal. Hence, the consideration is legit.

Christoph Waltz has done everything as a villain. He has been a Bond Villain, a Jew killing machine, a dictator and a role on the lines of The Godfather. He understands the eccentricity of such character. Also, Waltz is very good with speeches, which gives the required authenticity to the character. And since he is a German, he can attempt to play the role more objectively than others on the list. 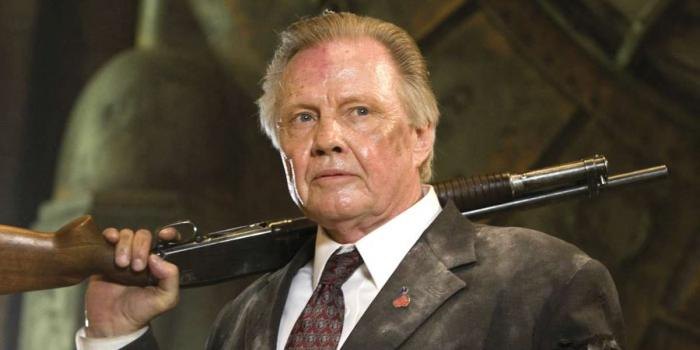 Voight is special; he is indeed very special. And no, it is not because of his Oscar, but for the reason that he is one of the very few who has been supporting Trump’s presidency. Donald Trump had some very mean words for his daughter Angelina Jolie but that didn’t make him change his stance. He finds Trump original, honest and colourful and thinks he is the right fit. I wonder if he thinks presidency is similar to a T.V series. Hence, if some day someone totally goes out of his mind and attempts to show Trump in an earnest way, Voight would be the right choice. Also, he is only a little older. And he resembles Trump in many ways, so he would need the least amount of makeup. 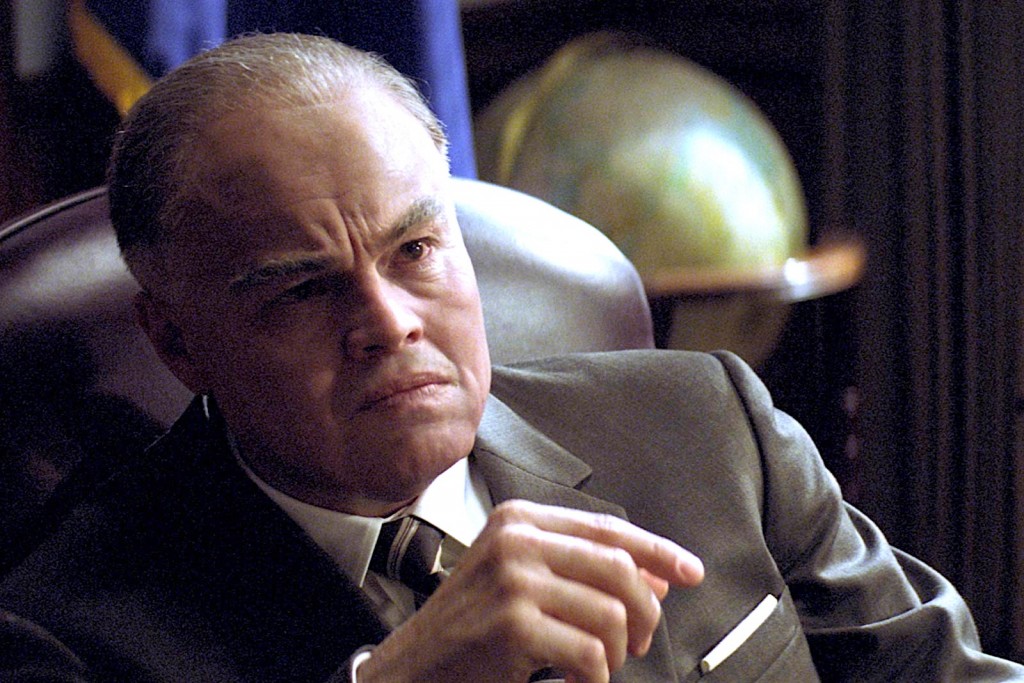 Leonardo DiCaprio is capable of pulling off any role (after all, he pulled off J Edgar Hoover), so then why not Trump too? Yes, he would need a lot of prosthetics. He would also need to gain a lot of weight.  He already has an experience of playing a foul-mouthed, eccentric character in ‘The Wolf Of the Wall Street’. Trump could just be an extension of that. Yes, he would need to turn down the intelligent quotient — and understandably so. But if he does portray Trump, it will be a wild ride for sure. The only issue is that everything Leo stands for and is fighting for is the polar opposite of Trump’s presidential values. So, it might be difficult to get him around to do it; but it’s worth a shot. 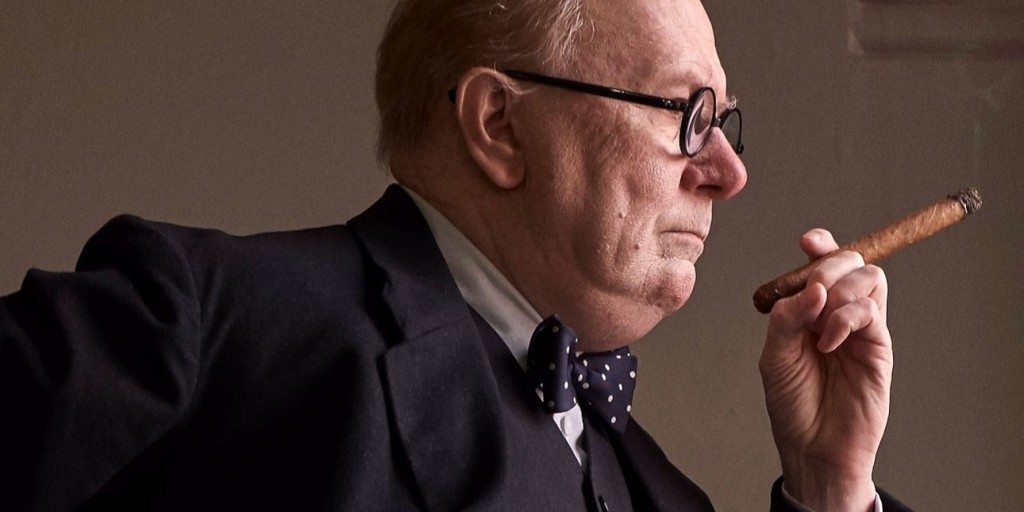 Gary Oldman doesn’t look like Donald Trump. But the recent glimpses of the movie ‘Darkest Hour’ where he plays Winston Churchill proves one thing: Hollywood make up wagon can transform anyone. He is talented and has breathed life into quite a few biographies. Also, he has been very neutral about the whole presidential affair. Hence, he would be able to bring an objective perspective to a highly divisive political figure. 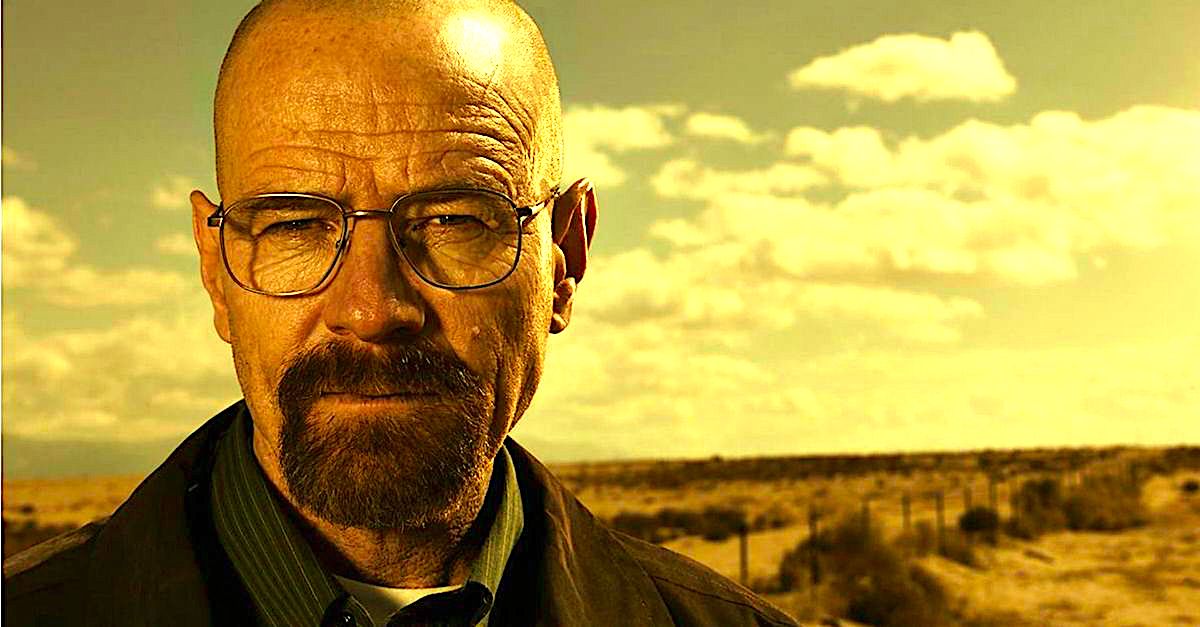 Bryan Cranston portrayed one of the most iconic TV characters of the century. Cranston was against Trump becoming the president and even threatened to move to Canada if he became the president. Well, things didn’t go as planned but he still can have his revenge by playing Trump in its meanest form. His impersonation of the word “Huge”, wildly famous for Trump’s peculiar way of saying it, is perfect. And he has also shown interest in portraying Trump. It will be a momentous role if it actually gets made and is played by Cranston. 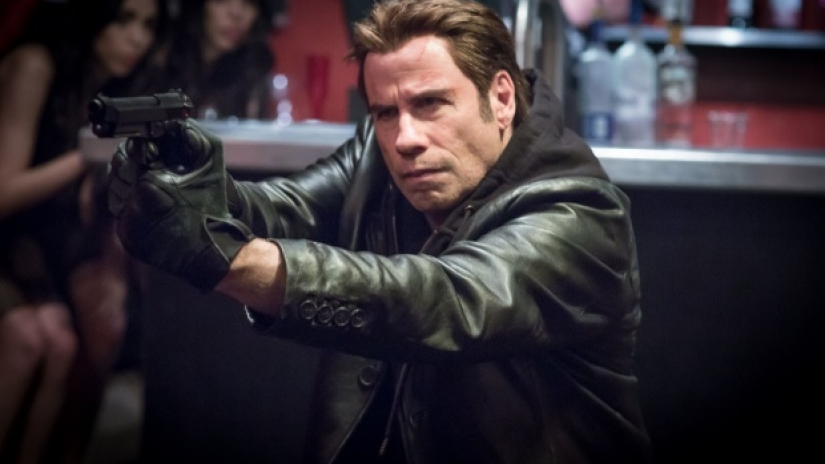 John Travolta wouldn’t have made this list 2-3 years ago. But his recent act of Robert Shapiro in ‘The People v/s O.J. Simpson’ makes him a strong contender. Robert Shapiro might be very different from Trump but it showcased the possibilities Travolta can bring to the table. The Flashes of crazy, erratic behaviour he showed in playing Shapiro in a way is perfect audition for playing Donald Trump. Also, he has recently played the role of Bill Clinton in ‘Primary Colors’ and it was a great effort. Hence, John Travolta might surprise all of us with his Orange act. 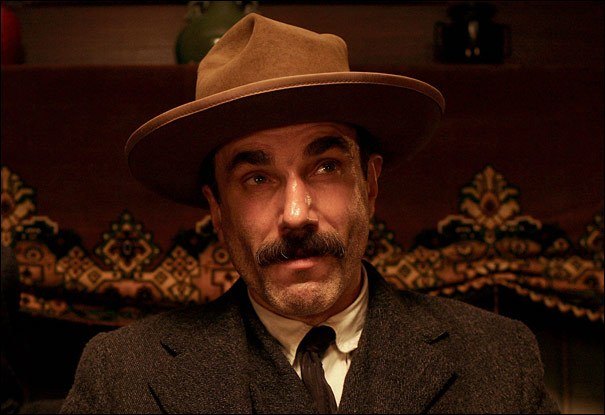 Daniel Day-Lewis can perform any role. So why not Trump? Yes, the movie might take a little while to get made but if it gets made, it shall be a spectacle. Of course, since Mr Lewis has recently quit acting it is unlikely he will come to play Donald Trump. But on the assumption that Daniel Day-Lewis accepts the part, it will be a great prospect. The character of Trump has elements of humour and vileness. Daniel Day-Lewis hasn’t attempted anything like it. And it would be interesting to see the kind of method he adopts to play Trump. Hence, the whole proposition becomes even more intriguing and exciting. 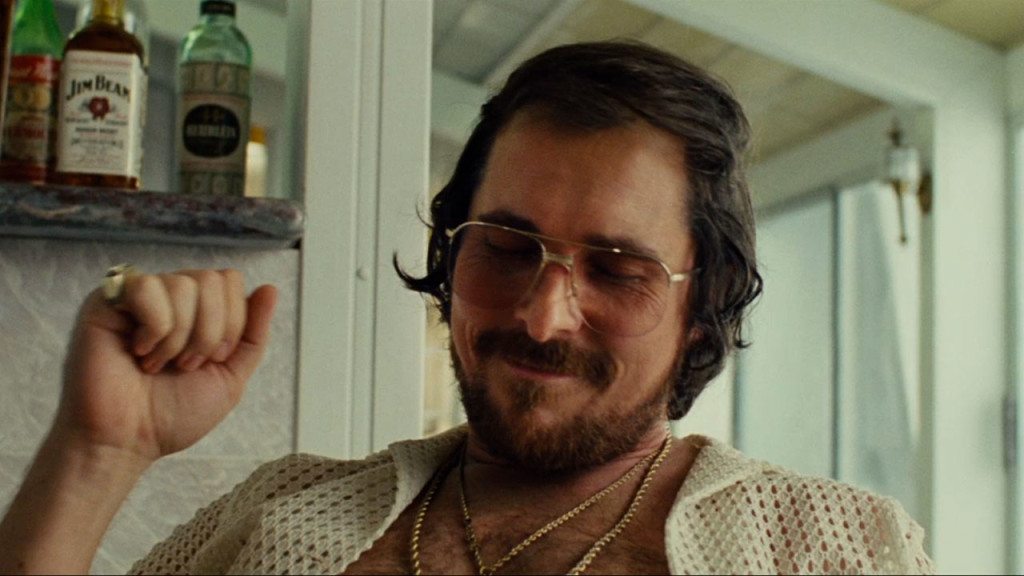 Christian Bale is known for his transformations and most of the times, he gets it right. Also, he has the ability to pull off any role and any look. Bale has also shown his relentless madness in ‘The Fighter’. Those who have seen the end credits of the movie can vouch for his abilities. He perfectly captures his role in the movie and gets every gesture and move right. Bale makes for a serious contender but the only question is – does he want to play the role? 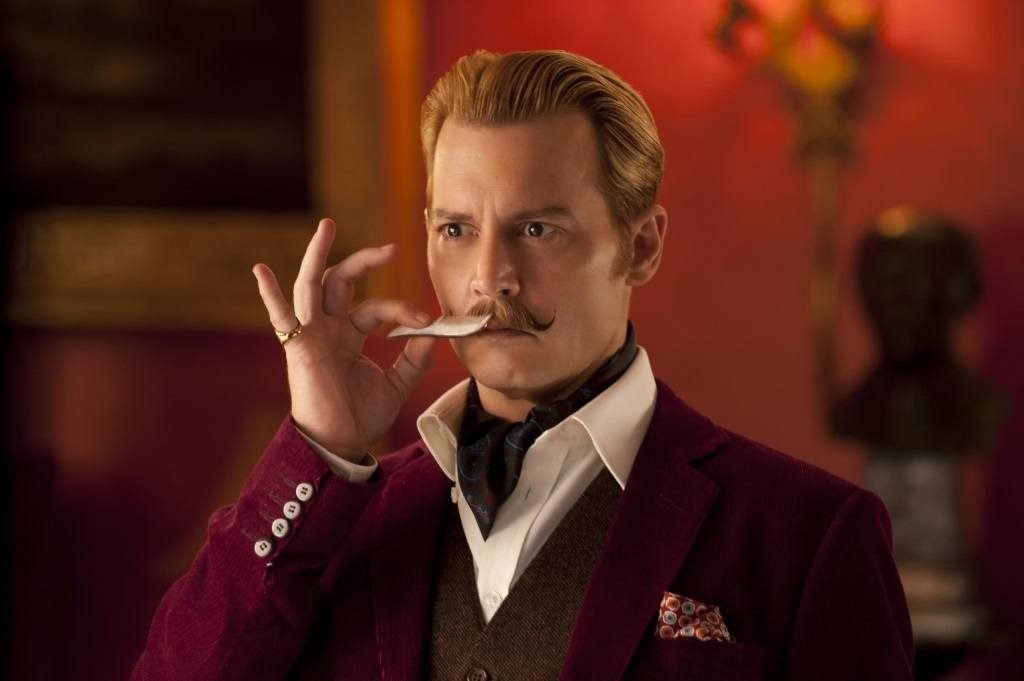 Firstly, Johnny Depp is the master of disguise. And the variety of roles he has done are a proof of that. Moreover, he has already portrayed Trump in a movie parody titled ‘Donald Trump’s The Art of the Deal: The Movie’. The movie wasn’t typically a biography but it is a definite proof that Depp can be a very convincing Trump. Yes, he needs to work on his speech for the role. But he has perfected the gesture and body language. So, not only he is the better of the options but also a very reliable one.

Quite a few actors have tried their hands on impersonating Trump, but nobody did it better than Alec Baldwin. He is very adept at comedy and also has a flair for mocking shenanigans. Also, he has a knack of playing poker faces. He might actually be an easy sell to get the backing of a lot of studios as he has made a compelling case for himself. On top of that, Baldwin himself seems hungry for a role that can get him back to the scheme of serious run. Portrayal of Trump can rejuvenate his flailing film career. 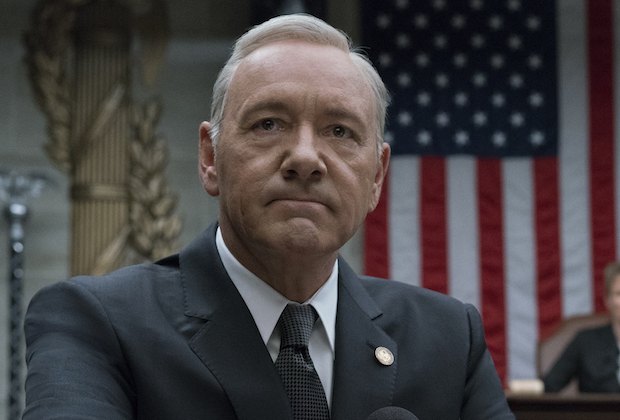 Kevin Spacey might not look like Trump. And might not even behave like him. But his act on ‘House of Cards’ is a testimony that he can rule like him. Spacey is the only one that can portray Trump in his own style and mannerism and make us still believe that he is Trump. The reason being he portrays the person and not his appearance. His act is vengeful in ‘House of cards’ and he can add that zest in his portrayal. Given the right script, Kevin Spacey is capable of doing complete justice to the role.