10 Actors Who Should Be Cast in the DC Universe 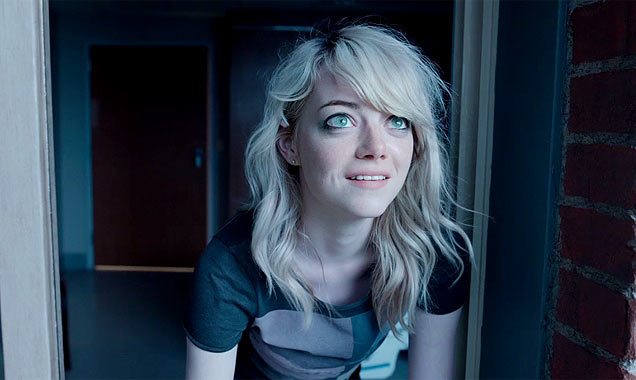 With the announcement of several projects forthcoming by DC/Warner Brothers, it’s looking like the DC Extended Universe will feature a slew of material from the extended Batman family over the next 5 years. With that in mind, here are my casting choices for some characters who are likely to appear with a few long shots thrown in for good measure. There’s also one Superman villain in there so please, enjoy.

As of this writing, David Ayer is set to re-team with his SUICIDE SQUAD star, Margot Robbie in GOTHAM CITY SIRENS. Robbie will reprise her acclaimed role as Harley Quinn along with other female characters from the comics. Poison Ivy, the famous Batman villain that was previously played by Uma Thurman in Joel Schumacher’s craptacular BATMAN & ROBIN, is rumoured to appear alongside Harley and a new Catwoman. Chastain is the dream choice for this role; as massive talent who just so happens to have those rich, red locks of hair that Poison Ivy is known for. The Oscar-nominated actress is also a practicing vegan; so both Chastain and Ivy are seriously into their love of plants. #GoGreen

Redmayne has the perfect charm and vulnerability to play a more earnest, troubled version of this character. He can be quietly intense as well as explosive and unpredictable. I can already see him in the suit. Imagine the riddles he could tell.
Neil Patrick Harris was strongly considered here but — I did the math here and Redmayne wins because of a theory I am postulating:

The figures check out. Redmayne, it is..

Now that Giamatti’s role as The Rhino in the Marc Webb Spider-Man films is dead in the water, time for him to suit up as the Gotham underworld king. Giamatti’s charisma and wit would be a refreshing change from Danny DeVito’s deformity. No fins. No flippers. Just black tie-tails with a fancy cigarette holder. Maybe they could even work in the monocle.

Dushku has been my choice for Catwoman for many years now. While Anne Hathaway did a fine job in THE DARK KNIGHT RISES, I always thought there was something too “girl next door” about her. Selina Kyle needs more danger and edge this time/ Eliza Dushku is perfect. She’s already voiced the character in the animated feature: BATMAN: YEAR ONE and has shown a murderous streak (while wearing a skintight catsuit) in JAY & SILENT BOB STRIKE BACK.

We’re all still getting over the bad taste left in our mouths by Arnold Schwarzenegger’s glowing, blue, pun machine from BATMAN & ROBIN but this character has a compelling story, relatable technology and a rich legacy. Imagine going down the rabbit hole while Malkovich rants about absolute zero and the cold, dead reality of the world. Make it everything Arnold WASN’T. There’s potential here.

The beloved ally of Batman was previously played by Oscar-winner Morgan Freeman. How do you replace one legend? With another. Washington’s banter with Affleck could be a lot of fun when the latter asks the former for weaponry that can take down the likes of Darkseid and an army of parademons. Denzel could be snarky and witty in a fresh way that could produce some great stuff.

Chris Miller directed THE LEGO BATMAN MOVIE and now has been given the chance to make a live adaptation of Nightwing. As the first Robin, Dick Grayson was trained under Batman and takes up the mantle of Nightwing as an adult. Zac Efron would be a spot-on choice for the hero. Efron is still young and enjoying it as Hollywood’s golden boy. Ben Affleck experienced much of the same in his younger days, yet has also been chewed up and spit out by Hollywood, only to rise again as an acclaimed director and filmmaker decades later. The weary veteran and the know-it-all hot shot. Sounds like Bruce and Dick to me.

Jason Todd took up the mantle up Robin after Dick Grayson moved on. He was a stark contrast to his namesake. A brooding loner who was lusting for violence. After being killed by the Joker, Todd is resurrected and becomes the Red-Hood;a ruthless foil to Batman who kills without hesitation. (Spoiler alert: that Robin suit we see in BvS covered in spray paint belonged to Jason Todd) Ryan Gosling’s role in DRIVE shows that he can do this part brilliantly. He would be an interesting contrast to Efron’s Grayson, with the two former Robins being able to go face to face over their conflicting ideologies.

Remember my whole Oscar formula? Here we go again. Much like Paul Giamatti, Emma Stone is no longer tied to the failed Marc Webb Spider-Man films (not as if it would matter seen as her character *SPOILER ALERT* died). Imagine the amazing scenes between her and J.K. Simmons as the Gotham City Police Commissioner who also happens to be her Dad. Emma Stone brings depth and humour to every role she plays and this would be no exception. All of it under the direction of Joss Whedon? Count me in.

The idea of Brainiac is insane. He’s an alien cyborg…. I think. There have been many different interpretations over the years but the king of mocap would be the dream for the role, should any film try to bring Brainiac to life. Serkis is already signed on for more roles in the MCU and Star Wars universes, not to mention potential sequels in the APES franchise — so this could be wishful thinking. However, Matt Reeves has joined the DCEU and will direct THE BATMAN. Perhaps He will want to reteam with his masterful co-star. Serkis’ work in the rebooted Planet of the Apes series is masterful and if anyone could pull of such a bizarre character, it would be him.